‘The Pursuit of Love:’ A Fantastic Untraditional Take on Romance in Pre-WWII Europe 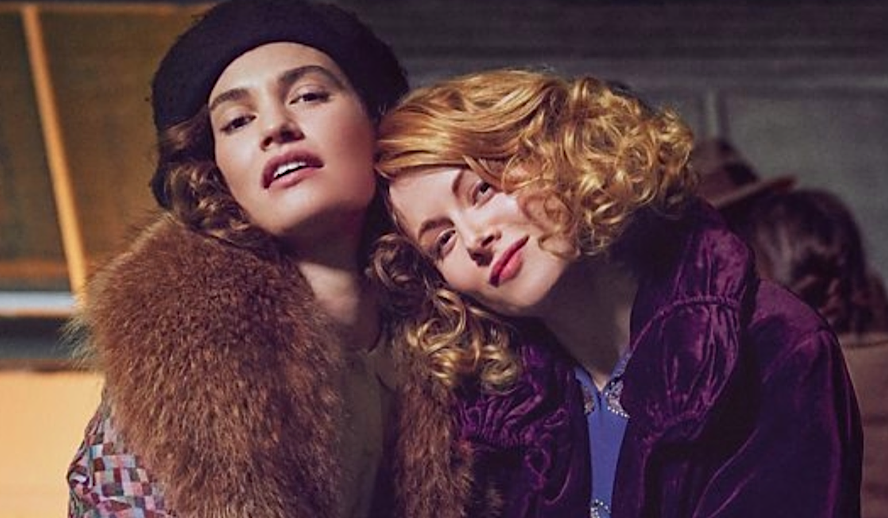 Photo: ‘The Pursuit of Love’/Amazon

The three-part mini-series was co-produced by BBC and Amazon Studios, and anticipating fans can expect to watch the entire series on July 30, 2021, on Amazon Prime Video. Though the show has already been released in the United Kingdom with BBC One, July 30 will be the first time viewers will be able to watch from the United States, and just by reading the reviews from viewers in the United Kingdom, I am even more excited to watch the series.

Based on the trailers for the mini-series, the series is going to be packed full of drama, laughs, and lots of promiscuity which is refreshing when coming from a series that is based in Europe pre-WWII. I could be mistaken, but we do not often see many films or series that are based in that period that offer a much more modern take on sexuality and love while also maintaining realistic details from the period.

‘The Pursuit of Love’ – Who adapted the novel to a series?

Emily Mortimer is the producer, writer, and director for the series, and she is the person who ultimately transformed the novel into the series we will be able to watch on July 30. Interestingly, Emily is also an award-winning actress, and viewers’ will be able to see her within the mini-series as “The Bolter,” in other words, Fanny’s mother who left her daughter for a more fabulous life and love at a young age.

Though I have not read the novel, I am curious about how Emily ultimately wrote the series based on the novel. Of course, novels and their adaptations are always a little different from each other; I wonder if the novel spoke of wild parties and promiscuity as much as the trailer shows. Either way, the trailer intrigued me because I often associate films and series based on this time period to be a little more conservative and traditional.

Viewers’ will see a variety of cast members throughout the mini-series besides Linda Radlett (Lily James), Fanny Logan (Emily Beecham), and The Bolter (Emily Mortimer), other characters from the series will include Uncle Matthew (Dominic West), Aunt Sadie (Dolly Wells), Davey (John Heffernan), Alfred Wincham (Shazad Latif), and more. The main characters of the show, of course, will be Fanny and Linda, but the other characters will add to the storyline in a way that is wild and comedic based on the trailer.

Linda Radlett will play the more wild and free-spirited cousin, while Fanny, on the other hand, is more of her supporter and will take on the more traditional route of marriage that was more consistent of the time period the series is set in. I think this series will be comforting and relatable for a variety of people because of the love and friendship that Linda and Fanny share as cousins.

Based on the trailer, it seems the pair will be inseparable while Fanny will play the more innocent character who tries to be supportive but also tame her cousin Linda in a way throughout. I’m sure there is a way more about their life and maturing that we will see once the series comes out, but for now, it is definitely clear we have only witnessed a small tidbit, from the trailer, of what else will come from the series.

A Focus on Love and Friendship

Though this series is called ‘The Pursuit of Love,’ I think we will also be given points and life lessons about friendship as we watch the two cousins take different routes throughout their lives. This aspect is what also intrigued me about the series, as I always am interested in anything that has to do with romance. Still, throwing in a tight-knit friendship ultimately sold me on this series, along with the promiscuous party shown in the trailer, of course.

The trailer portrays Fanny and Linda as inseparable, so I am excited to see what their lives will throw at them throughout the series and how they will ultimately handle the life challenges that sometimes come with family and friendships. I also am excited to watch Linda’s journey of discovering her sexuality and ultimately what love really means anyway.

The trailer only provides a small snippet of what is to come from the series, which only makes me more impatient for the series coming out July 30. Hopefully, we will see Linda and Fanny find happiness and love in a way that fits their desires and greatly varying personalities. I am also ready to watch the comedic banter between the other family members and find a way to place myself in that period of time in Europe.

In the end, as I mentioned before, it will be different and exciting to watch something that I have never really seen before, a more wild version of romance set in pre-WWII Europe. I am, on the other hand, sad that the series will only be three parts, but I do not want to speak too soon as three parts might just pack a punch in itself rather than a long series with several seasons.

Knowing that there were sequels written to the novel, I am curious to wait and see if Emily Mortimer will decide to make those sequels into series as well. Based on the reviews from the United Kingdom, it seems people absolutely loved the three-part series, which might be enough for them to create the sequel to the series, I hope.