Why We Need More Disability Inclusiveness in the Entertainment Industry 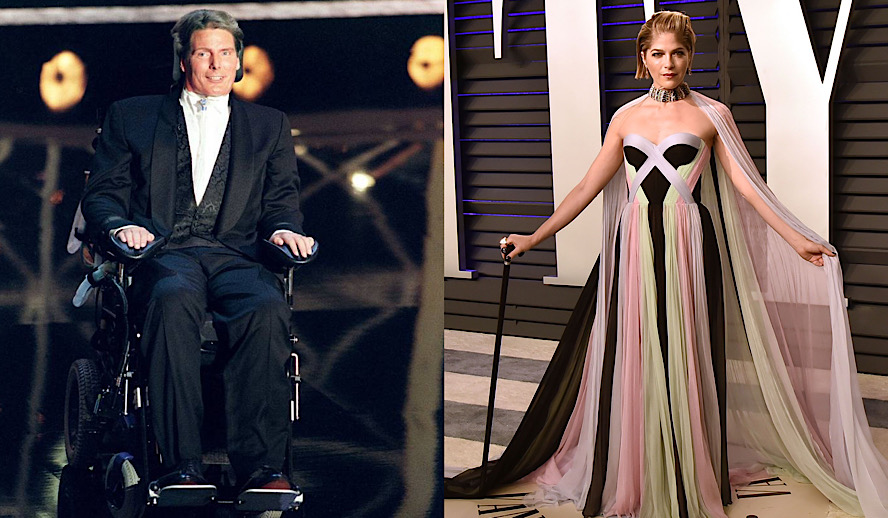 It’s no secret that film and television viewers have expressed their frustrations with the lack of representation within the disabled community. In a time where people of color, members of the LGBTQ+ community, and women grace our screens more frequently, some have wondered when the same privileges will be rewarded to disability inclusion. As of a year ago, nearly 80 percent of all disabled roles on the small screen were depicted by non-disabled actors. This shocking statistic comes within a generation where diversity and acceptance are at an all-time high – so why hasn’t disability inclusiveness had the same graciousness?

Related article: A Tribute to Selma Blair: The Invincible Iron Lady And Her Powerful Journey

Disability Inclusiveness – Authenticity over remorse – then vs now

Of course, we as viewers are no strangers to disabled characters or storylines gracing our small or big screens. Think of Freddie Highmore’s portrayal of an autistic young doctor on ABC’s ‘The Good Doctor’. In 2004, Ben Affleck played a blind lawyer in the superhero film ‘Daredevil’ and let us not forget Sam Claflin’s heartbreaking performance as a paraplegic in the WarnerBros film, ‘Me Before You’. While they are all fantastic performances nonetheless, all however were played by able-bodied actors who did hours upon hours of research on the disabilities rather than lived through them on a day-to-day basis.

A lot of times, these performances get more hate than they do appreciation which then leads to an apology of some sort from the studio that made the film or the actor that played the part. Perhaps instead of continuously casting people who will eventually express remorse for taking on the role, why not simply hire actors who embody the impairment themselves?

Over time activists have fought for more credible portrayals of handicapped actors depicting their actual disability and believed this solution was much more favorable in the comprehensive direction Hollywood is attempting to move in. Younger viewers look for authenticity in the shows and films they watch which is what has sparked the debate for more inclusion. While the battle is nowhere near over, the film and television world continues to move in an upward motion toward disability inclusiveness.

Only five years ago in 2016, a mere five percent of handicapped characters on television were played by a disabled actor. The percentage had since risen to 12% in 2018 as hit shows such as ABC’s ‘Speechless’, Hulu’s ‘Ramy’, and Netflix’s ‘Atypical’ have not only featured but starred disabled actors who portrayed muscular dystrophy, non-verbal cerebral palsy, and autism diagnoses. Similarly, in 2019, actress Lauren Ridloff was cast as Marvel’s first deaf superhero in ‘The Eternals’. To continue on the optimistic trend, it has been reported in the early months of 2021 that the percentage of characters with disabilities on network TV has again risen to 22 percent.

Why is this inclusion important?

As with any medium, inauthentic representation greatly influences public recognition. People want to fall in love with characters they watch on the screen that they see parts of themselves in. This has been proven difficult given that oftentimes when disabled storylines are shown on screen, they are not fully authentic. If anything, disabilities have at times been reflected poorly in the media, often giving a weak and helpless stigma to its characters. Making viewers feel more shameful and uncomfortable rather than included. Adolescent characters for example are often bullied at school or amongst their peers for physical or mental disabilities and older characters that are battling similar issues are often depressed and bitter; some even want to end the pain altogether with morbid and sinister solutions.

Jay Ruderman wrote an article stating “People with disabilities remain unrepresented, indicating that Hollywood has a limited view of what inclusion means. Seventy-eight percent of disability-based characters are still played by actors without the disability portrayed.” The problem is not that Hollywood has trouble writing roles about disabled individuals, they just have trouble casting them.

With a more positive and progressive angle on this representation, film and television could greatly enlighten the world on people who face daily battles with physical and mental disabilities. RespectAbility reports, “Just as ‘Will and Grace’ and ‘Modern Family’ helped to change perceptions of the LGBTQ community, an increase in diverse and authentic portrayals of people with disabilities on television can help to end stigmas and advance opportunities for people with disabilities”. Television and films can not only become a safe and understanding place for disabled peoples to feel comforted by but it can also serve as a tool to educate others. By using this medium as an embracing one, Hollywood could help change perceptions and raise awareness for disabilities and the people living with them.

Where do film and TV see this representation growing in the next several years?

In recent years, genuine diversity is what the entertainment industry has strived for. Women are fighting for equal opportunities against their male counterparts on, and behind, the camera, and LGBTQ characters and storylines grace our screens now more than ever. With these progressions, it is time that disability inclusiveness has the same success. Television shows and movies continue to create storylines around disabled humans and their interactions with the world around them. It is Hollywood’s job to step up and fill out these roles with deserving actors who can give life and meaning to these magnificent stories begging to be told and watched.

Hollywood aims to be the most accessible and accepting it has ever been and as we continue to see this trend move upward with female empowerment, queer individuals, and people of color, we can only hope the same respect will be given to disabled bodied actors in return. As viewers become more open to disability plot lines there is no reason as to why more if not all disabled roles should go to authentically disabled actors. With casting directors, producers, directors, and major studios becoming more inclusive to this notion, the 22 percent the industry currently sits at with disabled-bodied actors on television will only continue to rise in coming years.