Season 2 – Euphoria Episode 7: Come Get Tickets for Lexie’s Play – One of the Best Episodes Ever 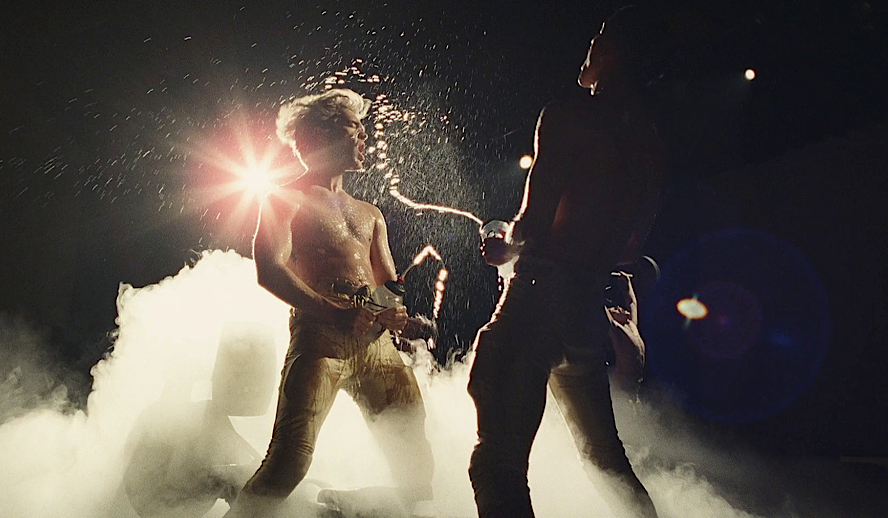 Lexie’s (Maude Apatow) play is finally here and it exceeded everyone’s expectations because the budget is way too high for a high school production and Ethan (Austin Abrams) needs all the awards for his performance! Throughout season two of ‘Euphoria’, we’ve been getting teasers of what Lexie’s play was going to be and we figured out that the play was going to be a reflection of Lexie’s life that includes her friends, family, and her experience in high school. Of course in her play, she changes the names but casts people who look very similar to Rue (Zendaya), Cassie (Sydney Sweeny), Kat (Barbie Ferreira), and Maddy (Alexa Demie). This episode gives Lexie all the attention she deserves and we get to see Lexie’s point of view of how she feels about other characters of the show.

The Show Must Go On

This episode gives us Fexi (Fezco/Lexi) content and we learn that Lexi has been talking to Fez (Angus Cloud) every day about her play and her fears that people in her life will be made about how she portrays them in the play. Fez reassures her that everything will go fine and he’ll be there to cheer her on but you know this is ‘Euphoria’ so everything can’t be perfect. As the play goes on, we get scenes of Fez getting ready to leave but there’s a sense of dread because Faye’s (Chloe Cherry) boyfriend, Custer (Tyler Chase) has returned and the audience knows nothing good could come from it. However, the show must go on without Fez as we get scenes of an empty seat that Lexi saved for him.

We’re used to the drama and chaos on ‘Euphoria’ so when we get a break from seeing the characters struggle and get a nice episode of them just watching a play, we just want everyone to have a happy ending in the season finale. This episode does a great job showcasing friendships between Rue and Lexie and Cassie and Maddy because it’s heartwarming to see how close they were to each other and how much they meant to each other. It’s disheartening to see how Maddy and Cassie’s friendship was destroyed by Nate (Jacob Elordi) and Alexa Demie does a fantastic job portraying heartbreak because friendship breakups are a real thing and it’s even more difficult to deal with when the friendship ended over a boy.

Lexie is truly running the show because we see her making demands backstage and hyping the actors up, it’s nice to see Lexie be truly confident and comfortable with herself and her show. Through Lexie’s point of view, we see different sides to Cassie, Maddy, and Rue because we see Maddy giving Lexie sisterly advice that she’s missing with Cassie and with Rue, she feels cool for the first time in her life and was a good influence on Lexie before high school. We also see Cassie being dismissive of Lexie, therefore, Maddy is filling in the sister role for Lexie and hopefully, we’ll be able to see more moments between the two in the next episode.

The most memorable moment from this episode was when Lexie’s play turns its attention to the high school football team with the main focus being on Ethan acting as Nate. What’s starts off as a normal gym session turns into a homoerotic dance sequence to set to Bonnie Tyler’s ‘Holding Out For A Hero’. The play’s audience and ‘Euphoria’ fans are loving every second of it while Nate is feeling that all eyes are on him. This can mean that Lexie’s point of view of Nate is that he struggles with toxic masculinity due to pressure put on by his dad. There’s even a scene in the episode where Nate has a nightmare about his dad implying that Nate has a lot of trauma associated with dad and his actions. The way Nate’s arc has been going, it doesn’t seem that anything good can come from him being embarrassed in front of the whole school, and judging by Cassie’s reaction, it’s not going to turn out well for Lexie.

Cassie is basically Nate’s puppet to use and it’s gotten to the point where Cassie lost herself to Nate and only cares about Nate. When watching them together, I get second-hand embarrassment because Cassie, what are you doing??? She knows how bad Nate is but still wants to be with him and the show hasn’t given us a good reason why. It’s getting to the point where the audience shouldn’t have to feel bad for Cassie anymore because she’s seen the way her relationship with Nate has hurt Maddy and doesn’t show any remorse for it. There’s no reason to root for Cassie anymore because she’s had so many chances to be a better friend and person. I feel like Cassie is going to have no one by the end of the season therefore season 3 will be her reflecting on her actions and hopefully getting therapy.

The next episode will be the final episode of the season and there are so many things to wrap up before it ends. Rue’s arc isn’t over yet because she owes money and she hasn’t talked to Jules (Hunter Schafer) and Elliot (Dominic Fike) since she had an intervention. It’s assumed that Rue and Jules won’t get back together because she realized how toxic they are together. Fans of ‘Euphoria’ are also wondering why Elliot’s character’s only purpose was to get in between Rue and Jules. I thought Elliot would play a key role in Rue’s recovery in a good way. Kat’s arc has basically wrapped up and my hopes for her next season will not be sidelined like this season.

I feel like Maddy, Cassie, and Nate’s arc will come to a satisfying conclusion because in the previews we see Maddy confront Cassie with violence. I can’t guess what they’re going to do with Nate but anything can happen hopefully it’s him facing the consequences of his actions. The arc I’m not looking forward to is Lexie and Fezco’s arc because I know Fex didn’t make it to the play but I don’t want anything terrible to happen to him. Obviously by the trailer, it looks like someone is going to die but I’m just praying it isn’t a major character or I’m going to have some questions for Sam Levinson.