The Beauty of the Euphoria Midseason Finale 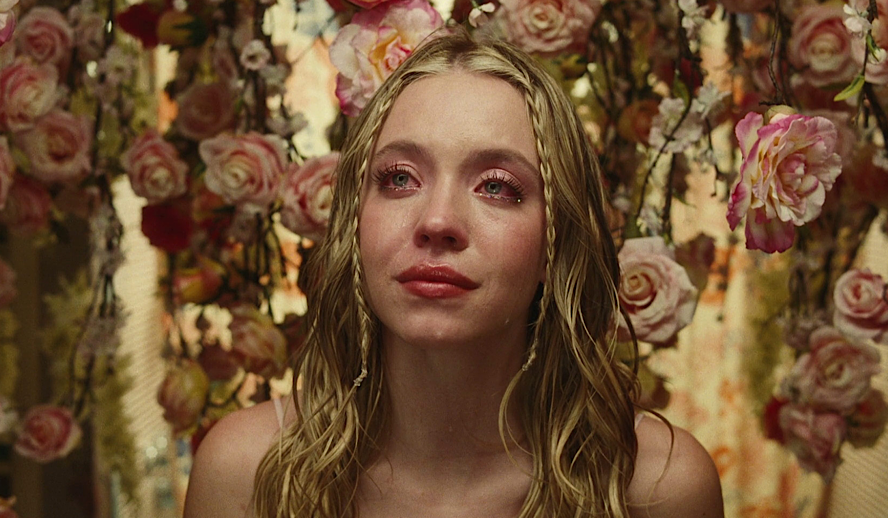 The midseason finale of ‘Euphoria’ titled “You Who Cannot See, Think of Those Who Can” is simply beautiful with its visuals and music. The episode felt like a build-up montage to what the season finale is going to be because the characters have all reached their breaking point. Emotions are high in this episode as the actions of the characters are coming back to bite them. The thing ‘Euphoria’ does well gives the audience an omniscient point of view of the story, for example, Rue (Zendaya) seems to be the omniscient narrator because she knows what’s going on with all the characters of the show even though she’s not present in the scenes with other characters. This allows the show to follow different characters instead of being glued to Rue and her character arc.

However, I do like the theory that Rue is the unreliable narrator because she’s high on drugs and that’s why we get the daydream sequences in the show but that doesn’t explain why we can see what the other characters are doing without Rue being there.

I could be wrong because ‘Euphoria’ can do a plot twist and reveal that the show is Rue telling her story of recovery and she knows the details from the other characters because someone else like Jules (Hunter Schafer) can fill her in on what was going on around her. I highly doubt this would happen because it would lead to confusion on what’s canon in the show.

By Rue learning about the actions of other characters by someone else, that person can have their own interpretation of what happened even if it isn’t true. However, I do believe that Jules is going to take over being the omniscient narrator if something happened to Rue in the midseason finale because she finished Rue’s narration at the end of the episode.

The Beauty of ‘Euphoria’

The episode opens with a montage portraying the love Rue has for Jules through pop culture love story references. The music accompanying the montage is Van Zandt’s “I’ll Be Here In The Morning” is simple but perfect while Rue recreated scenes from ‘Titanic’, ‘Snow White And The Seven Dwarves’, ‘Sleeping Beauty’, 1990 ‘Ghost’, and ‘Brokeback Mountain’ with Jules in her mind. One thing to notice is that in the montage Rue is in the role of Jack Twist and Jack Johnson, which could be alluding to Rue’s death because both characters die in their films. However, it also could be alluding to death coming in Rue’s life so it’s not going to be her who dies but someone in her life. Another way to interpret this montage is Rue is truly in love with Jules and highly romanticizes her relationship with Jules in her head but she doesn’t treat Jules very well because her addiction to drugs is ruining her relationships with others in her life.

It’s Maddy’s (Alexa Demie) birthday and that means it’s time for Cassie (Sydney Sweeny) to calm her nerves with alcohol because of the stress of trying to get Nate (Jacob Eldori) to be in a relationship for her while keeping this a secret away from Maddy. Meanwhile, Nate’s dad Cal (Eric Dane) is having a breakdown of his own and started drinking while reliving his best memories. The difference between both characters is that Cassie is hurting herself while Cal is hurting others because Cassie’s problems are teenage drama while Cal is putting others at risk by drunk driving and traumatizing his family with his drunken rant and actions.

Their breakdowns reflect one another as the song ‘Drink Before The War’ by Sinead O’ Connor accompanies Cassie drunkenly dancing in the living room and Cal slow dancing while daydreaming about his true love at a bar from his youth. The scene flips back and forth between the two and shows the emotional pain both are going through.

Going back to Rue, drugs have completely taken over her life because she pushed all the people who care about her away. However, it seems to be plot convenience of how easy it is for her to push others away because it seems like in the show no one really cares that deeply for Rue. Jules’ actions don’t reflect that she loves Rue because she should be confiding in Rue about their relationship problems instead of Elliot (Dominic Fike).

Jules’ character is written in a contradictory way, where in one scene she’s upset about Rue possibly being attracted to Elliot but gives in to Elliot’s flirting. Also, Elliot’s intentions are now being questioned by the audience because his actions show that he’s trying to split Rue and Jules apart so he can have Jules to himself. However, what he revealed to Jules in this episode, it’s not likely to happen anymore and Jules knows now that Elliot isn’t good for Rue or her.

It’s now very obvious that Kat’s (Barbie Ferreira) story arc is the weakest in the season compared to the other characters. In this episode, Kat finally admits what she’s been thinking all season so hopefully, it leads to Kat and Ethan (Austin Abrams) having a conversation about their relationship on screen because I want to see how Ethan feels about this relationship. I think Kat’s story arc should’ve gone another way. For example, she and Maddy could be trying to figure out what’s going on with Cassie while Maddy contemplates getting back with Nate.

There can be scenes with her and Ethan being in a happy relationship while Kat doesn’t understand why she isn’t attractive to him. This season could have touched on healthy relationships but not working out because the attraction isn’t there and having Kat figure out who she’s attracted to.

What’s Next for The Rest of The Season of ‘Euphoria’

There are four episodes left in the season and so much can happen in these episodes. These characters are going to be in a lot of trouble because there are many things to resolve before the end of the season. I think Rue is going to have an abundance of trouble considering her actions this season and the ending of the midseason finale didn’t end well for her.

Cassie had her breakdown and I think she’s going to end up confessing to Maddy because she can’t stand the guilt anymore. However, I do think Lexie’s play is going to reveal everyone’s business to the school so that’s another way for Maddy to find out. I’m mostly hoping that there isn’t any major character death because I love these characters and I want to continue watching their character arcs progress.