Euphoria Season 2 Episode 1: The Drama is Back on HBO With Recap of Season 1 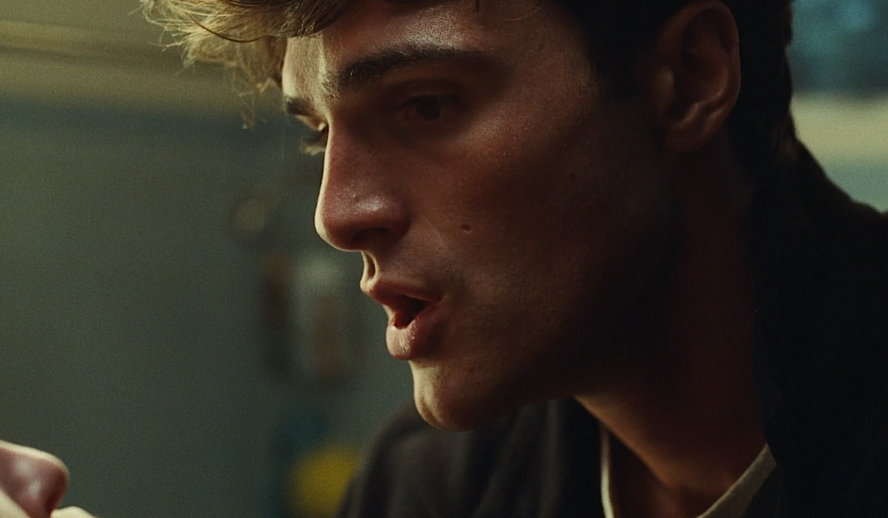 After a two-year hiatus due to COVID, the popular HBO drama series ‘Euphoria’  came back on Sunday, January 19th and it’s starting strong! This show follows a group of teenagers as they deal with substance abuse, sexuality, mental health, and domestic abuse while they try to figure out who they are as people. Season 1 gives the audience a general introduction to the characters, every episode focuses on one teenager and you get to learn about their past. The series narrator is Rue (Zendaya) and she struggles with substance abuse then gets infatuated with the new girl at school Jules (Hunter Schafer). Their relationship can be seen as unhealthy because of the way Rue depends on Jules to keep her happy and away from drugs.

A Look at Rue and Jules Relationship

At the end of season 1, their relationship was put on hold because of Jules leaving Rue at a train station. This affected Rue a lot because the show was left on a musical cliffhanger and it left  fans of the show wondering if Rue relapsed and overdosed. That was answered in a special episode titled “Trouble Don’t Last Always” released on Dec. 6th, 2020 and it follows Rue as she struggles with Jules’ absence. The entire episode takes place at a restaurant where Rue’s Narcotics Anonymous sponsor Ali (Colman Domingo) talks about religion and addiction to Rue. During the episode, Rue blames Jules for her relapse and can’t get her mind off her.

The special second episode titled “Fuck Anyone Who’s Not a Sea Blob” released on Jan. 24th, 2021 follows Jules in her first therapy session and confesses many things to her therapist. She talks about the pain she felt when Nate (Jacob Elordi) was manipulating her and confesses she feels like it’s unfair that Rue relies on her to stay clean. This confession confirms that Rue and Jules’ relationship is unbalanced by having Jules carry the emotional weight for both of them. They should stay apart so Jules can figure out who she is and Rue can depend on herself to stay clean and happy.

Season 2 starts off strong by giving a Fezco (Angus Cloud) centric episode. We get a look into Fez’s past and it’s revealed that he has always been involved in drug dealings because of his grandma. Fez’s little brother Ashtray (Javon Walton) even gets a backstory revealing that his mom left him as a pledge to pay for drugs but never came back to pick him up. Ashtray also got his name from eating a cigarette as a baby. The backstory also shows that Fez respects his grandma and the way she handled business. Fez always takes his little brother to drug dealings like his grandma did with him and protects the people he loves. In this episode, he calls Rue’s family, this means a lot because he trusts Rue with his life and would do anything to protect her and her friends.

It’s New Year’s eve and that means it’s time for a party in ‘Euphoria’! Cassie (Sydney Sweeny) is MIA and her sister Lexie (Maude Apatow) is looking for her at the party explaining that her sister was drunk and got out of the car. The question is why didn’t Lexie follow her sister and stay with her instead of driving to the party. Cassie is at a gas station and reveals she’s having a bad night then Nate shows up and takes her to the party. On the way there, the faster Nate was driving, the faster my anxiety went up.

While speeding down the road, Cassie seems to be enjoying this because she decided to stick her head out the window while Nate stares. It cuts back to the party and it shows Nate and Cassie having sex but on the side of the bathroom door is Cassie’s best friend and Nate’s ex Maddy (Alexa Demie) banging on the door. Thus, catapulting us into a new drama with Cassie having to keep a secret away from Maddy or their friendship will be falling apart.

A new character named Elliot (Dominic Fike) is introduced and is declared Rue’s best friend after he looks after her when she took too many drugs. Jules then finds Rue at the party and Rue reveals to Jules that the night Jules left she relapsed. This confirms Jules’ fears because she didn’t want Rue to relapse because of her. I still believe it’s best for them to stay apart because the nature of the relationship isn’t healthy. However, Rue tells Jules she misses her and Jules reciprocates. They end up kissing and celebrating the New Year together. I hope Jules and Rue have a chance to talk about their relationship instead of going back to their old ways. If they don’t, Rue is going to go down a dark path like in the previous season.

The episode ends with a bang when Fez decides to bring in the new year by smashing a bottle over Nate’s head and making him feel the consequences of his actions. This whole scene was tense because of the way Fez kept beating him and many people trying to pull him off of him. Cassie and Maddy had to drag him out of the party and Rue’s final line sums up my feeling for this episode which was simply “damn.”

The final song that plays in the episode is “(I Just) Died in Your Arms by the Cutting Crew” which is great music considering Nate’s state. The music of the show is never out of place or distracting. For example, when Rue was in the car with Fez and Ashtray, “Hit ‘Em Up” by 2Pac was playing. It showed how Rue doesn’t take the situation of drug dealing seriously by singing along. If you’re a fan of the music in the episodes you can go listen to all the songs on the official ‘Euphoria’ playlist. This season is going to be a wild run as shown in the weeks ahead trailer. I’m nervous about what’s to come but excited to see how these characters will grow and change.