Sam Levinson: The Rise and Journey of the Groundbreaking Director of ‘Euphoria’, ‘Malcolm & Maire’ and More Coming 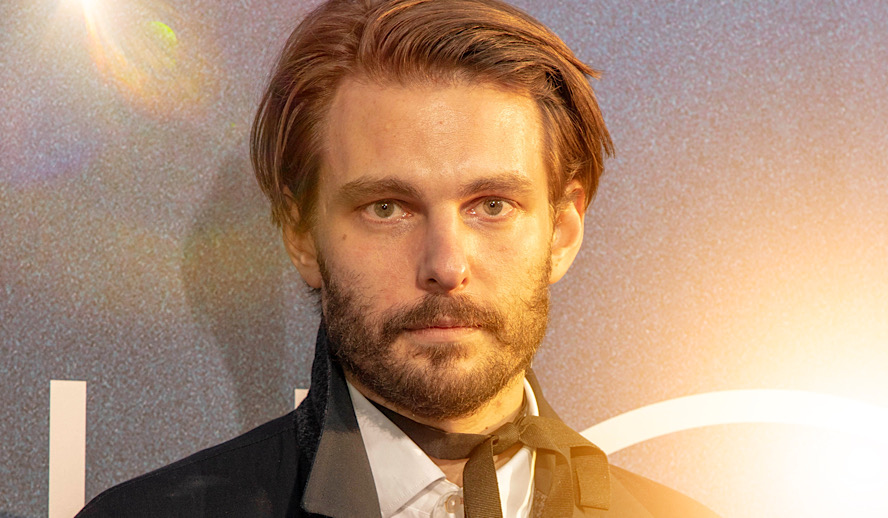 Levinson’s Early Life and Career: His Start in Front of the Camera Lens

When you hear the name Sam Levinson, many would probably associate his name as the brains behind HBO’s hit drama show ‘Euphoria’ starring Zendaya and executively produced by Drake or the director and writer of Netflix’s recent drama ‘Malcolm and Marie’ or perhaps you may not know his name at all. I’m here to assure you that Sam Levinson is a director that eyes in the entertainment industry need to watch out for as he continues to dominate the film and television world.

Between his exquisite writing, particular directing style, and vivid imagery depicted in his works, he manages to create a perfectly painted world for audiences to enter into. With several awards under his belt, and notable projects in the works, fans can eagerly anticipate new material to sink their teeth into.

But as for how exactly Levinson got his start, and how exactly he has been so successful stems from his childhood. As with many individuals who find themselves intertwined within the entertainment industry, he was born into a family of artists. His father Barry Levinson a successful filmmaker, his mother a production designer, and his brother an actor, he was destined to find his footing in Hollywood. He made small appearances in three of his father’s films from a young age, immediately integrating him into the arts.

At just seven years old he worked alongside his brother Jack Levinson in the fantasy comedy film ‘Toys’ (Robin Williams, Jamie Foxx, LL Cool J, Robin Wright) directed by their father. In 2001 he took on a slightly bigger role in ‘Bandits’ starring Bruce Willis, Billy Bob Thornton, and Cate Blanchett. It wasn’t until 2011 that he tested his skills behind the camera making his directorial debut with ‘Another Happy Day’ which he also wrote. The film premiered at Sundance Film Festival and proceeded to win two awards.

Seven years later he returned to Sundance with his film ‘Assassination Nation’ which he also wrote and directed. Levinson shared in an interview that only a week after wrapping ‘Assassination Nation’ he wrote the pilot for ‘Euphoria’, HBO’s now renowned television series that centers around a group of teenagers as they navigate their vicious and promiscuous high school years. It’s a dark and chaotic show filled with drugs, sex, and violence lead by a wickedly talented young ensemble cast. (Jacob Elordi, Hunter Schafer, Maude Apatow, Sydney Sweeney)

His Personal Ties to ‘Euphoria’ While Creating the Award-Winning Show

‘Euphoria’ is wildly loved by audiences because of the brutal depiction of adolescent life. It truly is unlike any teenage drama currently on air because it refuses to shy away from the incredibly raw and hard-hitting issues that many teens grapple with. In its incredibly stylized nature, the show deals with discovering one’s sexuality, abusive relationships, family secrets, and drug abuse. Levinson wrote from the heart while creating this serious, knowing first hand the struggles of being an addict. In 2019 moments before ‘Euphoria’s’ LA premier, he addressed the audience in the auditorium in a heart-wrenching speech recalling his story of addiction.

He stated, “I spent the majority of my teenage years in and out of hospitals, rehabs, and halfway houses. I was a drug addict, and I’d take anything and everything until I couldn’t hear or breathe or feel. Somewhere around the age of 16, I resigned myself to the idea that drugs could kill me, and there was no reason to fight it; I would just let it take me over and I’d made peace with that.”

He proceeded to share how eventually he wanted to make a change because deep down he knew he was better than the drugs that were taking over his life. At the age of 19, he checked himself into rehab and began his journey to sobriety. Levinson has since been clean for 14 years. Euphoria has won several awards including three primetime Emmys for Outstanding Lead Actress in a Drama Series, Outstanding Contemporary Makeup (Non-Prosthetic), and Outstanding Original Music and Lyrics.

Sam Levinson Knows How to Get Audiences Buzzing

While Levinson has acquired many fans for the many projects under his belt, he has also managed to stir up a good amount of controversy with each of his projects, making a few enemies along the way. Audiences were disturbed by the amount of nudity and sex doused throughout ‘Euphoria’. Viewers argue that the show glorifies and even promotes rather adult sexual content to young viewers as well as an abundance of naked and unnecessary nudity unsuitable for the target audience of this series.

Netflix’s romantic drama ‘Malcolm and Marie’ follows a couple as they have just come home from a movie premiere and an explosive argument ensues. Interestingly enough, this movie was also inspired by Levinson’s personal life after he forgot to thank his wife at the premiere of ‘Assassination Nation’. Now the reason audiences were upset with this film was due to the large age gap between co-stars Zendaya and John David Washington (‘Tenet’) who is twelve years her senior.

Zendaya and Washington have since defended their casting, making it clear that neither of them were uncomfortable with the age difference when they took on the project. Washington spoke on the topic with Variety and how he was not bothered with the age gap, “People are going to see in this film how much of a woman she is. She has far more experience than I do in the industry.”

All in all, Sam Levinson has certainly made a name for himself considering he has only four directorial projects to date. With season two of Euphoria on its way and thriller ‘Deep Water’ (Ben Affleck, Ana de Armas) set to premiere in 2022, which Levinson co-wrote, he is bound to continuously make strides in Hollywood and audiences are eager to know which project Levinson will tackle next.