Emotional Alert | The Final 5 Episodes of ‘Jeopardy!’ Hosted by Alex Trebek Will Air This Week 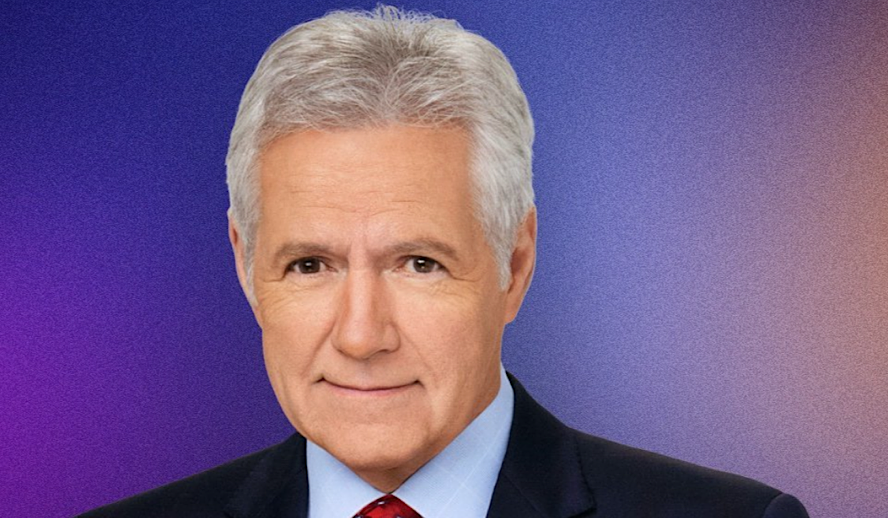 The beloved host, who passed away this November, will be honored at the conclusion of the last five episodes that he filmed before he lost his battle with pancreatic cancer.

‘Jeopardy!’ fans will be able to watch their beloved host Alex Trebek in five final episodes that will air this week. Trebek, who passed away at the age of 80 after his battle with pancreatic cancer in November, will be honored during the final episode on Friday, in a “special tribute to the life and work of the man who captained America’s Favorite Quiz Show with skill, style, and sophistication for 36+ years,” per a statement from ‘Jeopardy!’ producer Sony Pictures Television.

The final episodes were originally scheduled to air during the week of Christmas but were postponed at the discretion of the producers, who said that the holiday season might be too chaotic of a time for viewers to be able to watch the show. Trebek was unaware that these final episodes would be his last, as he powered through his diagnosis to tape them for the 2020-2021 season only ten days before his passing, proving his unwavering commitment and dedication to the show.

Alex Trebek as the Host of ‘Jeopardy!’

Trebek began hosting the renowned game show upon its return in 1984 and maintained the role for a whopping 37 seasons. Created by Merv Griffin, the show ran from 1964-75 on NBC and was initially hosted by Art Fleming. Once Trebek took the reins over the new syndicated version of the show, however, he quickly became intertwined with it in a way that led to immense popularity and ratings that have held up over the years as a result.

Throughout his run, he became a comforting voice and a gateway to escape through entertainment for generations of audiences. His intellect, wit, and overall charm and elegance earned him six Daytime Emmy Awards for Outstanding Game Show Host, and in 2011, he received a Peabody Award for “encouraging, celebrating and rewarding knowledge.” Trebek also received a Lifetime Achievement Award from the National Academy of Television Arts & Sciences, which presents the Emmys, and was additionally inducted into the Broadcasting and Cable Hall of Fame. He also hosted over 8,200 episodes over the course of nearly 40 seasons, landing him the Guinness World Record for the most game show episodes hosted by the same presenter for the same program, since 2014.

While Trebek received an indisputably impressive amount of awards and accolades thanks to his hosting gig, it was not what made him such an admirable person; rather, it was his dedication to the show and his real, genuine connection with the content, contestants and the audience that made him so special and that continues to warrant commendation. Such was why his announcement of his Stage 4 pancreatic cancer diagnosis in March 2019 was so devastating, as many assumed that his illness would signal the end of his run.

Continuing to Work – Even After Falling Ill

However, this could not have been farther from the case. The filming of the final episodes was taped shortly after Trebek was briefly hospitalized for his condition, and ultimately ten days before his death.

“The week before we taped those episodes he was in the hospital,” said executive producer Mike Richards on the Today Show on Monday. “This man was unbelievable. He calls me and says, ‘Mike, I’m going to be fine. I’ll be in to tape. I was able to eat Jell-O today.’ And I went, ‘Alex, that’s great, but that doesn’t mean you’re going to be ready to host five episodes of a game show, which is an enormous amount of effort.’ He said, ‘Do not cancel. I will be there.’”

Sure enough, the episodes were filmed, although, at the time, no one knew that those would be the last five episodes that Trebek would host before he passed.

“He was an absolute warrior,” Richards recalled. “What he was able to do by getting himself back to the set… it was herculean. He was in enormous pain. He was 10 days away from passing away. You will not sense that in any of these episodes. He is strong. He sounds great. He’s funny. He’s amazing.”

“I think a normal person would have said, ‘I’m not going to show up’ a year and a half before those final episodes. I mean, he was getting chemotherapy once a week, so I think there was a level of professionalism,” Richards said. “I think he really understood the importance of the show and what it meant to people.”

The Future of Jeopardy

In the hearts of dedicated fans, Trebek will remain irreplaceable, but he was adamant that the show must go on without him.

“That is the one thing he made us promise, that this great show was not done,” Richards told Entertainment Tonight in November. “He did not want to be bigger than the show. [He] fought that his whole time. He said, ‘It’s the show. It’s the clues. It’s the contestants.’ Obviously, we all feel that he was an incredibly huge part of that, but that was his take.”

Although Trebek never explicitly mentioned anyone he wanted to be his replacement, he said that a good host should be “someone that the audience will respect, that’s believable in the role [and] has credibility.”

“He never mentioned names to us,” the executive producer said. “He really wanted to be the host of the show, while he was the host of the show. So we didn’t say, ‘Hey, what about this person? What about that person?’ It was his show until he told us he was going to retire and, amazingly, he never did. I think that’s a blessing.”

Related article: The Mandela Effect in Film: Did that Really Happen? From ‘Star Wars’ to ‘Forrest Gump’ & More

‘Jeopardy!’ will air new episodes beginning Jan. 11, guest hosted by Ken Jennings, who is the highest-earning American game show contestant of all time, and holds the record for the longest winning streak on the show, with 74 consecutive wins. He appeared on ‘Jeopardy!’ in 2004, earning the highest winnings over the course of a regular-season ($2,520,700) and has racked up an impressive $4,370,700 over his total run, which included defeating Brad Rutter (who holds first place for highest all-time winnings at $4,938,436) and claiming the title of ‘Jeopardy!’’s “Greatest of All Time” in the prime-time event that aired earlier this year.

While Jennings additionally signed on as a producer this season, he has not been named permanent host, as speculation continues to circulate around potential successors, with George Stephanopoulos, Neil deGrasse Tyson, LeVar Burton, and Wheel of Fortune host Pat Sajak among the biggest potential names in addition to Jennings.

No matter who winds up in the role, they will certainly have big shoes to fill. Alex Trebek did a stellar job of capturing the hearts of fans everywhere for 37 years, and the show will both implicitly and explicitly be dedicated to him for the remaining seasons to come.

“I think the best thing that we can do to honor him is to come back and make great ‘Jeopardy!’ Shows,” Richards said. “He loved a great competitive ‘Jeopardy!’ game… He would look at the contestants and say, ‘Thank you, guys and thank you for watching at home.’ That’s how we honor him — you keep that hope, and that dream, and that intellectual curiosity going.”