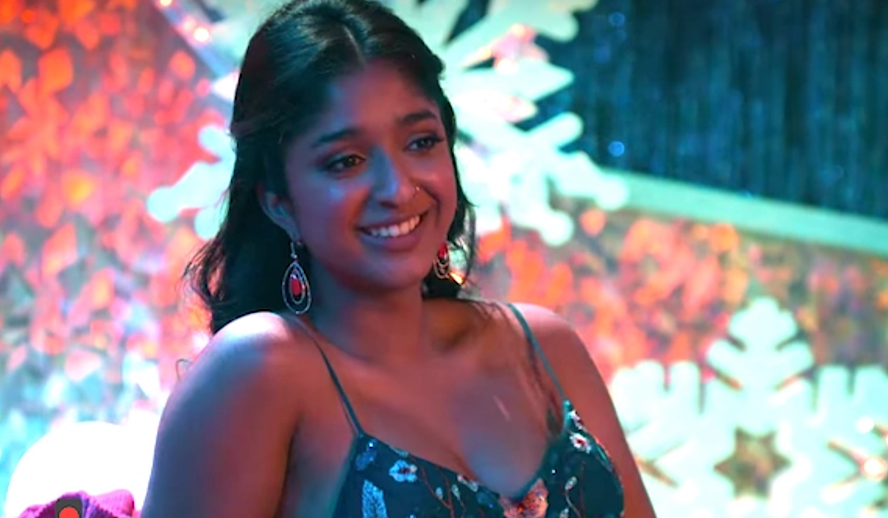 Photo: ‘Never Have I Ever’/Netflix

There is far from a shortage of teen dramas on television and streaming nowadays. Everywhere you look, someone has started a new one. But most of them lean into melodrama and take themselves too seriously and wind up coming across as trying too hard and disingenuous. However, not every show is like that. The ones that embrace their cheesy side and fully lean into it end up feeling more genuine.

‘Never Have I Ever’ falls into the latter camp, fully leaning into the typical tropes of a teen drama in a comedic way in the first season that ultimately earned it a second season. Its sophomore season lived up to the expectations set up by the first, adding in even more teen drama, family drama, character growth, and love triangles (of course) to create a stellar continuation of Devi Vishwakumar’s story.

Recapping Season One Of ‘Never Have I Ever’

Season one of ‘Never Have I Ever’ introduced us to Devi Vishwakumar (Maitreyi Ramakrishnan), an Indian-American 15-year-old in Sherman Oaks, CA, who has had a rough freshman year of high school following the sudden death of her father (Sendhil Ramamurthy) and temporary paralysis of her legs. At the start of her sophomore year, she decides that she and her two best friends, Fabiola (Lee Rodriguez) and Eleanor (Ramona Young), are going to become “cool” by getting boyfriends and having sex.

While initially selecting “attainable” boys, Devi ends up deciding to try and get the coolest boy in school, Paxton Hall-Yoshida (Darren Barnet), to date her. Along the way, Devi deals with grieving her dad, comparisons to her cousin Kamala (Richa Moorjani), her overbearing mom Nalini (Poorna Jagannathan), and her school rival Ben (Jaren Lewison), all narrated by tennis legend John McEnroe.

The season one finale ended on a cliffhanger, with Devi kissing rival-turned-friend-turned-love interest Ben in his car after making up with her mom and scattering her dad’s ashes and Paxton leaving a voicemail saying he was still interested in Devi. It left us wondering which boy she would pick and how she and her family would move forward, especially after her mom decided they were going to move to India where the rest of their family is.

Season two of ‘Never Have I Ever’ picks up right where they left off and takes the same elements the first season had but makes them even bigger. My guilty pleasure is a good love triangle, and ‘Never Have I Ever’ had not just one, not just two, but by the end of the season three separate love triangles that were all done in a way that did not feel cliche or forced. The Devi-Paxton-Ben triangle is still in full force, Ben finds himself a new girl (Megan Suri) that makes Devi extremely jealous, and even Kamala finds herself with an additional man interested in her other than Prashant (Rushi Kota). These might be the most out-there and unrealistic part of the show, but the way these relationships have been crafted makes them still feel fun and causes you to have trouble finding someone to root for (although I am definitely #TeamBen all the way).

While I love all the cheese of ‘Never Have I Ever’, the most impressive part of the story is how it deals with the more real-life issues and themes. While Fabiola came out towards the end of the first season, the new season shows her diving deeper into what being gay means to her and what her identity is with and separate from her girlfriend.

We get more insight into Paxton’s life outside of his interactions with Devi and him learning more about his heritage and growing as a person. There’s also when Devi accidentally starts a rumor about her frenemy and member of one of her love triangles that turns out to be true and nearly destroys the person it was about and finally leads to Devi facing some real consequences and forcing her to think about how she handles her anger and grief.

Never Have I Ever Season 2 And Grief

Much like season one, grief is one of the most present themes in the new season but it plays differently than before. While the first season was about Devi accepting that her dad was gone, season two was about her properly acknowledging her grief and how it impacts how she conducts herself in life, especially in high-stress situations and when she might possibly lose others in her life. It serves as an opportunity to show that grief can manifest itself in many different ways and looks different on every person, something Devi learns when watching another member of her family cope with the same thing differently.

Nalini has the largest storyline surrounding grief even if it does not initially seem like that is the case. Between the decision to move to India, reneging on that and bringing part of India back to Sherman Oaks, and her impromptu relationship with rival dermatologist Dr. Jackson (Oscar winner Common), her storyline shows that grief can appear in many different ways in one person.

For her, having a stronger family support system was one way for her to feel less burdened to carry the weight of her whole household and have someone with an even stronger connection to her late husband. Then her new relationship shows the other side of grief, the side of wanting to fill a hole and a feeling that losing a loved one leaves behind. While many teen shows have storylines with parents, none quite pull it off in such a moving, beautiful, and funny way as ‘Never Have I Ever’ and Jagannathan did with Nalini.

I have written before about great shows suffering from a sophomore slump, especially shows with relationships at their core. However, ‘Never Have I Ever’ has found a way to use the stereotypical tropes of a teen drama and spin them into their own unique and fresh way while also portraying deeper emotions and situations in a way that anyone can relate to. ‘Never Have I Ever’ is not a show to sleep on and the second season upholds that. Now just go ahead and announce season three already, Netflix!

Season two of ‘Never Have I Ever’ is streaming on Netflix now.