‘The Last Paradiso’: A Beautifully-Shot Portrait of a Small Rural Town 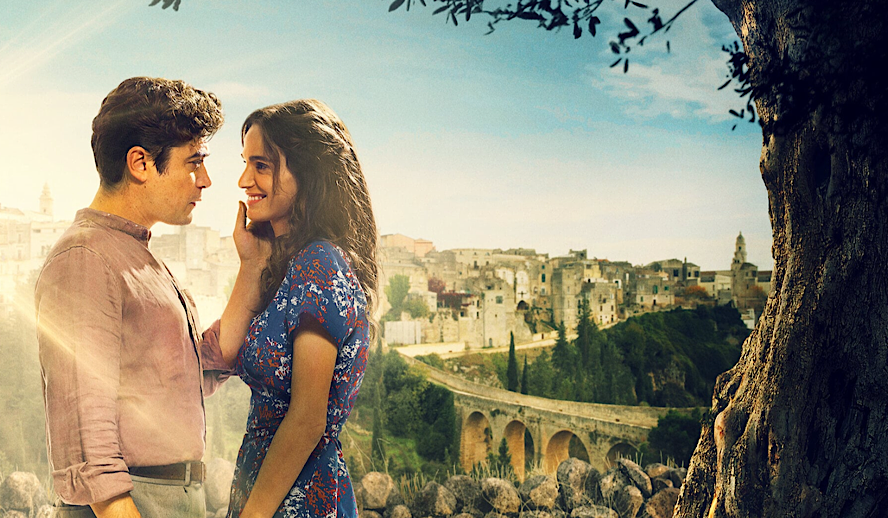 A forbidden affair between two passionate free spirits threatens to upend a small town’s social order in the new Italian Netflix film ‘The Last Paradiso’, or ‘L’ultimo paradiso’, directed and co-written by Rocco Ricciardulli. Set in the 1950s in an insular southern Italian town, co-scriptwriter Riccardo Scamarcio stars as Ciccio Paradiso, a notorious adulterer, and idealistic man. He dreams of wresting power from the few men who control the town’s wealth and of leaving to travel the world, but both are easier said than done.

Ciccio’s latest affair is with Bianca (Gaia Bermani Amaral), the daughter of one such powerful man who owns most of the land on which the crops are grown. “We have to travel,” Ciccio tells Bianca. “Meet new kinds of people. We cannot die here.” They wistfully talk of escaping the town, but can they make that dream a reality? Is it possible to break the cycle of violence and poverty that has an iron grip on the community?

Bianca’s father Schettino (Antonio Gerardi) owns 50 hectares of land, which produce large yields of wheat and olives, giving him control over the townspeople who work in his fields. Another powerful man, Don Luigi (Mimmo Mignemi), makes a fortune purchasing crops at low rates from the town’s farmers who seem to own smaller plots of land, while the farmers toil endlessly, barely earning enough money to survive. One night at the local tavern where Don Luigi is making his crop purchases from the farmworkers, Ciccio decides he’s had enough with this oppressive system that seems to squeeze the villagers from all sides. He declares that he’ll buy up the crops from the workers at a fair price—though it’s unclear how he has enough money to purchase the crops himself, or the influence to force Don Luigi to buy them at the price Ciccio wants.

Don Luigi visits Schettino and demands that Ciccio be put back in his place. When Schettino calls a meeting with Ciccio to do just that, Ciccio remains defiant. “Nobody has ever bent me,” Ciccio says. “And if somebody wants to go to war with me, it’ll be messy. We hoe the soil. And we make the price.” Again, it’s unclear how he plans to do this, and there isn’t follow through on it. Ciccio leaves Schettino’s house unscathed, but Schettino is not about to let someone threaten his way of life.

Ciccio’s dangerous situation of speaking out against the town’s power players is further complicated by his affair with Schettino’s daughter Bianca. His friend Vincenzo (Erminio Truncellito) tells him that he’s playing with fire by carrying on an affair with Schettino’s daughter. “If Schettino knows you’re seeing Bianca, you’ll have two options,” Vincenzo says to Ciccio. “Either you marry her, or you marry her. And I think you’re married already. Leave it alone.” But Ciccio is determined to set his own course in life and the way he approaches his affairs is no different. Ciccio insists Bianca is the woman for him, waxing poetic about her. “At night, when she laughs, she makes the sun rise,” Ciccio says. He’s a real Romeo, even scaling the walls of her house at night and sneaking in through her bedroom window to see her.

‘The Last Paradiso’ ­– Portrait of a Community

If you enjoyed the mise-en-scène of the HBO series ‘My Brilliant Friend’, which depicts the lives of two girls growing up in a poor neighborhood in Naples in the 1950s and is based on the exquisite Neapolitan Novels by Italian pseudonymous author Elena Ferrante, ‘The Last Paradiso’ will be a slightly more vibrant aesthetic counterpart. While the film does focus on Ciccio and Bianca’s affair, the added exploration of class struggle makes ‘The Last Paradiso’ feel more like a portrait of the town as a whole rather than just the two lovers.

There are beautiful shots of the rolling hills and the crumbling aqueducts, and intimate attention is paid to the townspeople’s daily lives and duties, like Ciccio’s mother kneading bread dough or the women washing laundry in a river. The golden hues of the pastoral landscape compliment the darker colors of the stone interiors, providing a rich characterization of this community. The film also highlights the insular nature of this small Italian town and the way the residents’ lives are intertwined due to the remote setting, small population, and dependence on Schettino’s land.

‘The Last Paradiso’ even endeavors to include the viewer in the community by leaving key parts of the film’s ending up to interpretation. There are several instances in the film that are shot from a distance or through windows where the dialogue is inaudible. It’s as though the audience is peering through a window from the street or looking in on a neighbor’s house. The characters’ body language offers the most insight into the content of these unheard conversations, but viewers will have to decide for themselves what may have transpired. Similarly, the dreamlike moments of the final act will require rumination to determine how the story ends for the film’s main characters, as well as the fate of the town’s social structure.

‘The Last Paradiso’ is a film of many pieces, from forbidden romance to pastoral drama to historical class struggle. The cinematography, costumes, and setting work to bind these different elements together in the depiction of this community. That strong focus on community is emphasized in the film’s final scene, which evokes the ending of a play when all the actors gather to bid the audience farewell. By the time the credits roll, you’ll be left with images of the stunning scenery and many possible interpretations of the film’s ending and the community’s future.