‘Sasquatch’ is Perfect for Fans of Vice-Style Drug Documentaries 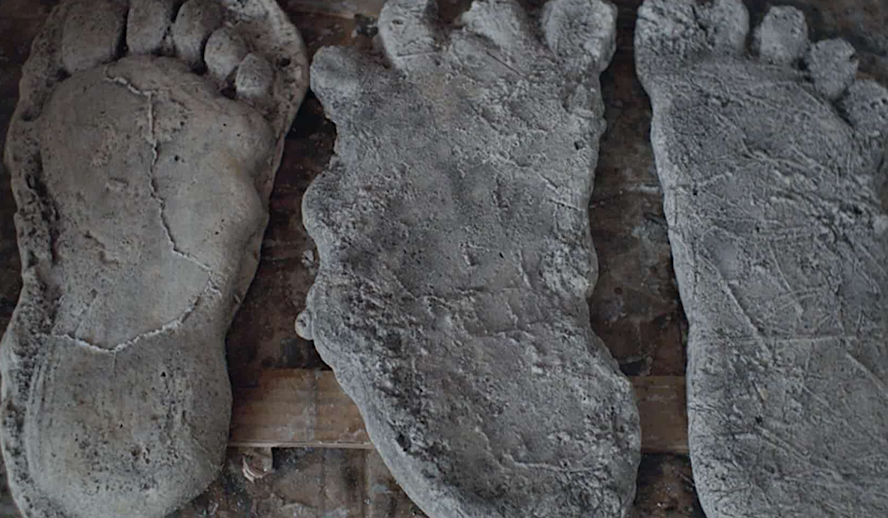 ‘Sasquatch’ premiered on Hulu on April 20th, 2021. If you’re a fan of marijuana, or just a pop culture nerd, you’ll understand that this date is very significant in the cannabis world. Thus, it’s a very appropriate premiere date for a piece of content that revolves around the illegal cannabis-growing industry. See, prior to my viewing of this show, I assumed it was about sasquatches, given the title and the summary of the show. However, sasquatches are really only a background myth that paints the scene of a true-crime murder mystery that, according to investigative journalist and star of the series David Holthouse, may or may not have happened.

Sasquatches Are Only the Beginning

So basically, the premise of the series is that Holthouse was working on a cannabis farm in 1993 when he overheard a drugged-out member of another farm telling his boss about an incident that occurred. Apparently, three people were murdered and the farm’s marijuana supply was destroyed, but not confiscated. Instead, the plants were torn up and left where they were found, something that’s a highly unusual occurrence in these types of situations. According to Holthouse, the man mentioned something about Bigfoot in his description of the murders and assault on the farm. And this is where our story begins.

After this point, the story unfolds very quickly from centering around Bigfoot and the proposed Sasquatch to the cannabis industry in Humboldt in the mid-90s. And that’s pretty much where it stays. That is the real focus of this show: the drugs and the drug farms. From here, David discusses the political situation surrounding marijuana in Humboldt County in the 90s, which features some fascinating vintage footage of farms being raided, protests, etc. There are plenty of interviews with people who participated in this industry during the time, locals who were forced out due to the lack of legal jobs in the area, that kind of thing. And this is all super interesting to hear about, don’t get me wrong, but it’s definitely not about sasquatches.

The Tangential Documentary: A Case Study

The second episode of the series is honestly where I started to feel a little bit misled by the description and title of the series. In the first episode, at least we started off with the story about a potential Bigfoot-killing, but the second episode diverges from that completely. This is the episode that begins to address the politics surrounding the War on Drugs at the time, and it pretty much didn’t mention Bigfoot at all. As I mentioned in the title, I feel that a lot of documentary films tend to diverge from their initial topic with much success, just see the Academy Award-winning documentary ‘Icarus’ if you need proof.

But, ‘Sasquatch’, being that it was a television series and not a film, didn’t succeed at this tangential shift as much as other documentaries I had seen. I think part of this was due to its nature as a miniseries while another part was simply an issue with the title of the series: ‘Sasquatch’. This may be a “me-thing”, but I really wish they had come up with a different name. It just seems like they could’ve done something more representative of the show’s narrative that also wasn’t as misleading as this simple, one-word title.

Overall Entertaining If You Know What You’re Getting Into

Now, a little disclaimer here, it’s not that I didn’t like where the show went, I thought it was very comprehensive in its description of the violence and greed that was perpetuating throughout the underground marijuana-growing industry at the time. The fact that a majority of the interviewees were made to appear anonymous also intrigued me; obviously, what they talked about must be important if they wish to keep it confidential so many years after it occurred and marijuana has been legalized.

On top of this, the constant warnings that David Holthouse receives throughout the series to proceed with caution help to raise the stakes and increase the tension of his investigation. He is warned many times by various anonymous individuals to not venture into certain parts of the forest with his crew, or to not even speak about the “alleged killer” of the three men whose deaths he is investigating because he is too dangerous. These constant moments of tension and danger are ridiculously entertaining to watch, dare I say, even more entertaining to watch in a documentary-style format.

The last criticism that I have with the show that I wanted to mention before wrapping up, is that I simply feel as if this series would have been better formatted as a film. There were three episodes each clocking in at about forty-five minutes each, which only constitutes a little over two hours of content. I think the winding nature of the story itself and its tendency to diverge would have been much better contained in one, long piece of work.

The miniseries felt like it was supposed to be watched in one sitting and there were certainly times that I felt the filmmakers were struggling to fill the screen time. The content easily could have been condensed into a one-hour and forty-five-minute documentary feature that’s easier to follow and more digestible to the viewer. I just felt like, with a narrative so short already, it messed with the flow of the story to split it up into three parts. It didn’t feel particularly natural nor do I think it helped progress the narrative at all.

Okay, so let’s wrap up all my points in one neat little paragraph, shall we? What I liked about it: the stakes felt high, the interviews were mysterious and entertaining, the story was informational, and provided me with a lot of insight into the cannabis industry in Humboldt County. What I didn’t like about it: it felt rambly at some points, the content could’ve been condensed into a shorter screen time for more effective storytelling, and the title was misleading.

Overall, I think this docu-series is definitely worth a watch if you like Vice-style, investigative documentaries that center around drugs. If you’re looking for something in the true-crime or sasquatch genre, however, there are definitely documentaries that focus more heavily on those topics. It’s short enough to watch in an evening, and it’s all the more interesting if you like the Northern California scenery and setting.