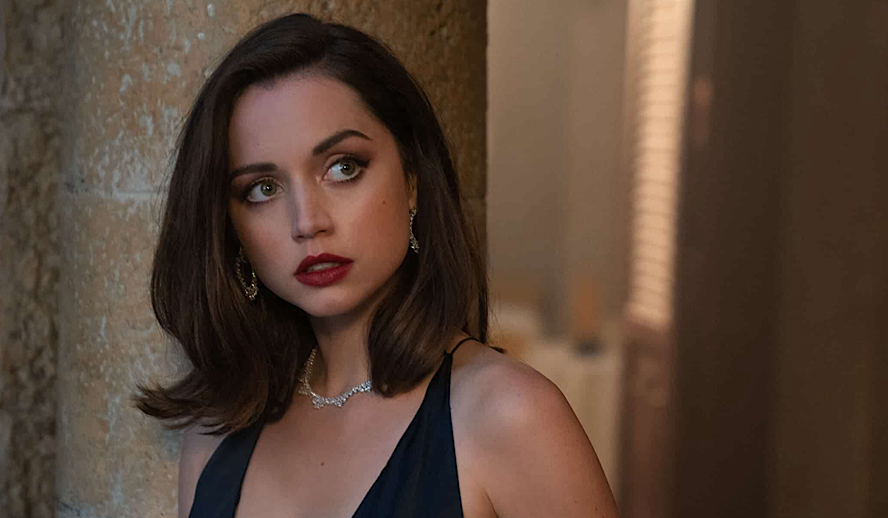 Three months ago, Scarlett Johansson and Chris Evans blasted the headlines with the news of the duo sharing the big screen again. What was the movie? ‘Ghosted.’ The premise? We weren’t sure, but it was something about a romantic action-adventure film written by Paul Wernick and Rhett Reese (Yep, the writers of the hilarious superhero movie ‘Deadpool’ and the comedy ‘Zombieland’). The film was also said to be directed by no other than the incredible Dexter Fletcher. You know, the director of the award-winning academy film ‘Bohemian Rhapsody’ and the Golden Globe nominee, musical ‘Rocketman.’ The film was set to start filming in 2022.

At the time, headlines and fans could not contain the excitement of eventually seeing the duo be together on a film again. But see, I am telling you this in past tense because, to their disappointment, and just like it often happens in productions, things do not always go as planned. The news recently broke, shattering many hearts and expectations. Scarlett Johansson won’t be part of the project any longer, as it is said to be that she has conflicting time schedules due to another film she is working on at the moment. The production already had someone in mind, and as they announced Scarlet Johansson’s departure from the film, they introduced the actress set to be part of the film. Her replacement? Ana de Armas. The Cuban actress will replace the black widow star in this upcoming project.

The internet shared their feelings about the disappointment, as Scarlett Johansson and Chris Evans have accumulated a group of fans that love their relationship. Evans and Johansson have been friends for a long time and have shared the screen since they were teenagers in the 1990s. Besides the Marvel films that increased their notoriety to the maximum, Johansson and Evans always refer to each other as best friends.

Ana de Armase Armas has become the go-to girl for these films.

You might remember her from ‘Blade Runner 2049,’ ‘War Dogs,’ or maybe you found yourself watching the high rating film ‘Knives Out,’ and you wondered, “who’s the cute girl with the accent whose character’s name is Marta Cabrera?” I know I was. Her face seemed familiar, but her name just wouldn’t come to me.

After the film’s raging success and several award nominations (‘Knives Out’ got an Academy Award nomination for best movie and Ana De Armas was nominated for a Golden Globe for best actress in a comedy or musical). Ana De Armas has slowly begun to become a household name. She was the “unknown” lead in ‘Knives Out,’ but either way, her performance was not out of place, even co-starring with all the other Hollywood legends, like Jamie Lee Curtis. Since her appraised role, De Armas has booked every action film you could think of in Hollywood. She’s been part of many magazines covers, Ana De Armas Instagram fan accounts, and various film accounts that make it their job to share Ana De Armas appreciation posts way too often.

She’s Been at it for a While

Although it feels like De Armas showed up from thin air, it’s not true. The actress has been part of the entertainment industry since the age of twelve. Originally from Havana, Cuba, Ana De Armas began her career in a film called ‘Una Rosa de Francia.’ By the time De Armas turned eighteen, she had moved to Spain to look for better opportunities as an actor. While in Spain, De Armas booked many roles, plus a recurring role in the Spanish snow ‘Internado’ that gave her sort of celebrity status in Spanish TV.

It was still long before De Armas would make her way to Hollywood. But after deep consideration, the actress moved to Los Angeles in hopes of a new career and intending to learn an entirely new language. Ana De Armas did not know English when she first moved to America, but she did allow that obstacle to be a barrier. Ana would learn her lines phonetically and surrender to her performances. Often trying to shy away from stereotypical roles given to Latina’s, De Armas almost passed on ‘Knives Out,’ but the role was meant to be hers, and now we are here.

Her Arrival in Hollywood

When most of us can barely handle our anxiety, Ana De Armas does it gracefully and accomplishes to give the audience still more than they know they’re asking for. The actress’s first role in Hollywood was a film with Matrix alumni Keanu Reeves in the erotic thriller ‘Knock, Knock.’ The critics love her work, as De Armas frequently gains their hearts and accomplishes to receive fantastic reviews on her performances. The reviews often praise her talent and highlight De Armas’s charisma. Film critics often speak about the actress’s ability to become better than the role she’s been given, stating things like “they (the movie) did not know what to do with her blinding charisma.” Others simply find her adorable with an unmatchable charm, like Jay Weissberg of Variety, who in 2019 described her as “a joyous, bewitching presence whose career seems destined for the big time.”

And She is Destined for the Big Time

And Jay was not wrong. De Armas was James Bond’s new Bond girl in ‘No Time To Die,’ and now she will be replacing no other than the amazing Scarlett Johansson.

De Armas doesn’t seem like a wrong choice. Based on several interviews and press conferences for ‘Knives Out’ the chemistry between the Captain America actor and the Cuban actress is impeccable. De Armas also has a similar interest in working in action films — Apple TV made the right choice with this one as both Johansson, and De Armas are gorgeous and great actors.

Ana De Armas is currently working on a biopic based on the novel by Joyce Carols Oats, ‘Blonde.’ About Marilyn Monroe, De Armas will be portraying Hollywood’s iconic bombshell.