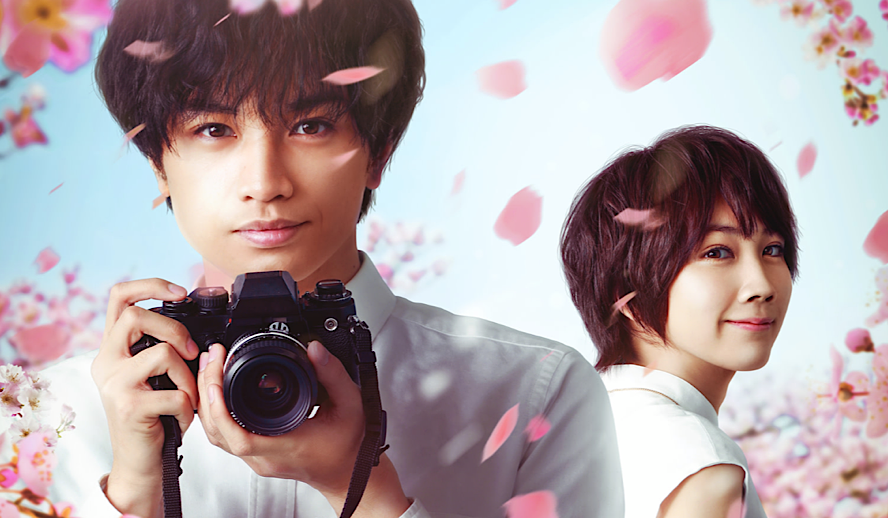 The Current Accessibility of International Cinema

One really great thing I’ve come to love about the current age of streaming services is that it allows for more films from all over the world to be easily accessible. With services like Netflix acquiring all sorts of international films and shows, it’s now easier than ever to give a chance to films that otherwise would’ve gone completely unnoticed by the general public. Such is the case with ‘Love Like the Falling Petals’, a Japanese romantic drama film directed by Yoshihiro Fukagawa that’s just been released on Netflix. Now, my exposure to Japanese Cinema is somewhat hard to describe; I’m pretty big on some of Japan’s mainstream offerings like anime and ‘Godzilla’, and while I’ve seen enough bits and pieces of Japanese films to get an idea of what they’re generally like tonally, I haven’t actually watched too many from start to finish. As a lover of film in general, and having just seen ‘Love Like the Falling Petals’, I think I may just have to change that.

‘Love Like the Falling Petals’ is based on a novel by Keisuke Uyama, with the screenplay being written by Tomoko Ushida. The film centers around a young aspiring photographer named Haruto Asakura (Kento Nakajima), who meets a hairdresser named Misaki Ariake (Honoka Matsumoto). After asking her out, the two begin to develop strong feelings for each other. However, Misaki soon finds out she’s got a rare, untreatable condition that causes her to age several times faster than an average human, and she doesn’t have the heart to tell Haruto. The film touches on themes regarding not giving up on personal aspirations and the impact others can make on one’s life.

As someone who’s fairly indifferent towards romantic films in general, I found ‘Love Like the Falling Petals’ to be a very emotionally powerful film. The tonal shift from lighthearted to serious in particular is gradually paced, which is something to be appreciated in a film such as this one. It could’ve been all too easy for such a thing to be jarring, but the film takes its time fleshing out the characters and the scenarios, allowing the bleaker parts of the story to feel properly built up to and earned. The relationship between Misaki and Haruto is another high point. While Haruto is quick to ask Misaki out on a date, they don’t simply fall in love right away.

Instead, there’s a really great scene where Haruto admits to lying about being a professional photographer in order to impress Misaki, leading to her calling him out for abandoning something he was passionate about simply for having a rough start. It’s only later when Haruto reflects on this and returns to the photography studio when he calls Misaki back to ask her out again, having strongly considered what she said to him. While brief, the initial interaction of Misaki telling Haruto not to give up has a major impact on him from that point onward; had he not come clean to her, he wouldn’t have returned to pursuing photography.

Another thing I admired about this film was the level of depth given to what starts out as a side character, Misaki’s brother Takashi (played by Kento Nagayama). He starts off as somewhat irritable, overprotective of Misaki, and untrusting of Haruto, but as the narrative progresses, we’re eventually treated to sides to him that I honestly didn’t expect to see. Strong characters are a fundamental part of any good story, and to see writers taking advantage of everyone they introduce instead of merely having them be one-note side characters shows that they really care about the stories that they tell.

Overall Direction and Use of Flashbacks

In addition to writing and pacing, ‘Love Like the Falling Petals’ is fairly well directed, with appropriately used music and decent camera work. The score takes on an almost cartoonish feel for the upbeat scenes and more somber orchestral melodies for the serious scenes. I actually felt it was somewhat reminiscent of the music sometimes heard in anime, giving the movie a sense of familiarity in that regard. And while the movie doesn’t do anything revolutionary cinematography-wise, this is a film that benefits from a more grounded look. One directorial decision of note was the various shots of a cherry tree in bloom to imply the passage of time, which ties in with the film’s title. The tree itself appears to be CG-animated, but it’s not something that takes away from these shots at all.

As far as flaws in the film go, it’s actually kind of hard to think of any genuine ones off the top of my head. There are certain moments and creative decisions that might seem somewhat questionable depending on your film tastes, such as a decent number of flashbacks throughout. However, I actually felt that this use of flashbacks made sense in the film’s favor, as they’re directly from Haruto’s perspective, giving the audience a better sense of what he’s thinking about in the current moment. Flashbacks are sometimes seen as unnecessary reminders for the audience, but they can also be used for perspective’s sake, such as the case here. Another moment that might be seen as questionable is a certain action that Misaki takes once she realizes her condition will hinder her relationship with Haruto.

It’s a fairly rash decision, and some people may be put off by it, but what kept it from bothering me is the fact that it’s not something Misaki is shown to be in the right for doing, even being questioned by another character immediately after it happens. I’m sure there are things that people even more observant than I will notice that might throw them off, but as far as merely watching and experiencing this film for the intended emotion goes, there’s nothing too distracting that should throw you off.

‘Love Like the Falling Petals’ is one of those movies that I’d happily recommend to just about anyone, but at the same time let such people know what the film is about. If you’re a lover of international Cinema and you’d like to see more unique, creative, and thought-provoking films from around the world, then it’s worth pointing out that this film doesn’t bring too much new to the table in that regard. On the other hand, it’s still a touching and inspiring work that will certainly tug at heartstrings, and if you’re someone who’s into romantic films that aren’t afraid to get sad, I’d say it’s definitely for you. Between the fleshed-out characters and the powerful themes it has to offer, ‘Love Like the Falling Petals’ is a worthy addition to Netflix’s library.