‘Sentinelle’: An Exploration Into A Soldier’s Personal PTSD from War and Sexual Assault 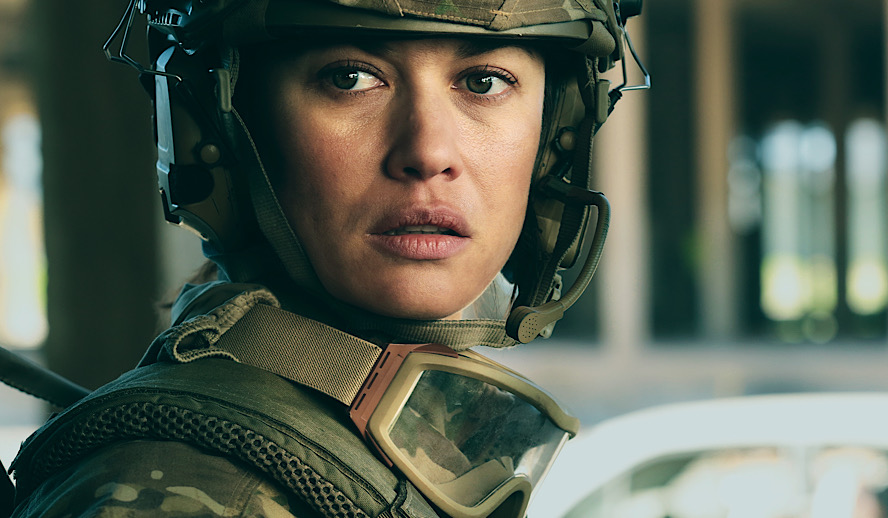 There have been many shows and films in recent years that have focused on the effects of different kinds of trauma and post-traumatic stress disorder. 2020’s ‘Promising Young Woman’ looked at how PTSD from being close to a sexual assault influences an individual’s actions, the upcoming film ‘Cherry’ examines how PTSD from a war zone affects soldiers returned from war, and Netflix’s new film ‘Sentinelle’ combines both of those ideas into making this French revenge-thriller.

Following the Île-de-France attack and the Paris terrorist attack in 2015, the French Ministry of Armed Forces established Opération Sentinelle, an anti-terrorism operation that is supposed to protect certain ports and territories from potential future terrorist attacks. The protagonist, Klara, is one of the soldiers who has been assigned to this operation after the loss of her unit in the Middle East. One morning, while patrolling after a night out on the town, she finds her sister unconscious on a beach having been beaten and raped the night before. After that, Klara makes it her mission to avenge her sister and take down the men responsible, who are said to be under diplomatic immunity and is fueled by her own trauma and addiction problems from her deployment.

‘Sentinelle’ – The Importance Of Perspective

The film shares many characteristics with other films of its genres, such as ‘Taken’ and the aforementioned ‘Promising Young Woman’ when it comes to the revenge film side of things but brings a different perspective to the table by centering it on a woman and one who has been in literal war.

Most films of this nature center on a man, an individual who usually has the most autonomy and control over their life, trying to either get revenge or find the one thing that’s been taken from him so he can regain that autonomy and power he holds. With ‘Sentinelle’, Klara is going about getting revenge because she has nothing left to lose; she has already had all that matters most to her taken away. She is not trying to regain anything but hunting down the responsible party except knowing that they were not able to get away with harming her sister without some kind of consequences.

One-piece to why Klara being a woman who was in war is important is because women in the military are seldom shown on screen; the only people who are ever shown even in modern times in warzones and as active military are men. Putting a character like Klara front and center allows for a different perspective to be shared with audiences and provides a character for a different demographic to relate with and understand.

If there is anything that fuels the actions in this film it is PTSD. Klara’s PTSD from her deployment is why she goes out clubbing with her sister in the first place. That same PTSD has given her an addiction to a cocktail of medications that were supposed to be a temporary measure to help her heal. On top of the trauma from that, she gets even more from her sister’s attack.

According to the U.S. Department of Veteran Affairs eight out of every 100 individuals, roughly 8 million people a year in the U.S., will suffer from PTSD yet it is one of the most taboo mental illnesses around. Many people suffer from different traumas but do not talk with anyone about them because they feel as if they will not be understood, seen as crazy, as if their trauma was their fault, or are ashamed of what they are going through. PTSD has a huge stigma surrounding it and films of this nature help prompt a deeper discussion into the issue.

Klara’s a perfect example of why veterans deserve greater mental health services. She was practically sent straight from the battlefield to her hometown patrol station with only a small check-in moments before receiving her new position. While she may have seemed fine on the surface, it was obvious that there were greater problems below the surface that could have (and should have) been addressed by a more thorough mental health examination and appointments with a mental health expert. Klara may not have realized she was struggling upon returning home, but making sure she had proper mental health care could have helped prevent her addiction problems and response to future traumas.

The sexual assault component of Klara’s story is also very important to her PTSD. Much like with ‘Promising Young Woman’, Klara herself is not the victim of sexual assault but rather someone extremely close to her. And, much like Cassie in ‘Promising Young Woman’, the pain her sister suffered from her assault becomes Klara’s pain which makes her feel more obligated to avenge her sister. Women have a higher tendency to be empaths and share each other’s feelings, especially pain, more often than men, which becomes especially true when the topic of sexual assault comes up. In ‘Sentinelle’, the knowledge that what Klara’s sister went through just as easily could have been herself gives her a new layer of trauma on top of her pre-existing PTSD and fuels her to want to put a stop to those who perpetrated the crime.

It is films like this that serve as reminders for what we as a society need to work on. It reminds us that men are not the only members of the military anymore; women are serving too, making up almost one-third of the U.S. Military in 2020, and deserve to have their contributions and experiences acknowledged on camera just as much as the men. Films like this remind us that our soldiers and veterans deserve more attentive mental health care than they currently have and that they should not have to be the only ones demanding it. It reminds us that many people are suffering from pain we can’t see on the surface and dealing with traumas they do not feel as if they can share and how we need to destigmatize that feeling. It reminds us that we have work to do and points out the areas we need to look at.