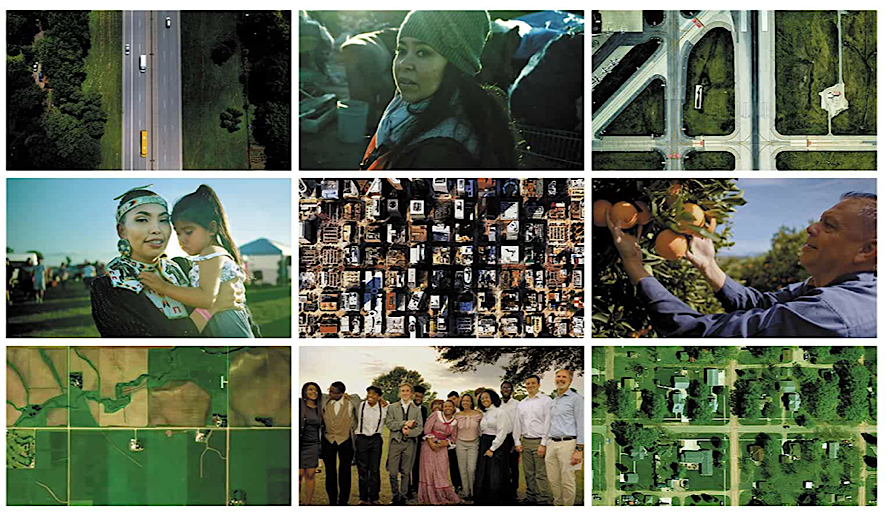 In 2013, renowned journalists and husband and wife duo James and Deborah Fallows began visiting small towns and cities across the country that only make national news when tragedy strikes or to serve a national political point. They wanted to look at the cultures of these towns and cities, the history, and how these towns have struggled and risen up in innovative ways that the rest of the country does not see when they look at these small towns and cities. Their initial search, spanning from 2013 to 2018, went towards writing their book ‘Our Towns: A 100,000-Mile Journey Into The Heart Of America’ and were so inspired by those visits they decided to continue their search and documented it for the new HBO Max documentary ‘Our Towns’.

The Search And Selections For ‘Our Towns’

The way the Fallows chose the towns they visited was through two criteria. The first one was that it had to be somewhere where they could really only get to with their single-engine prop airplane; somewhere with small, regional airports or a tiny airfield that does not get many or any commercial flights. The second was determined through what was essentially an essay contest. They had people send them an essay or series of stories explaining where they are from and why the Fallows should visit their city or town. Those towns with the stories most compelling to the Fallows were chosen for them to visit and examine their everyday lives and functions and record them for this documentary. In the end, eight towns and cities were chosen: San Bernardino, Calif., Sioux Falls, S.D., Columbus, Miss., Eastport, Maine, Charleston, W. Va., and Bend, Ore.

When explaining the idea behind continuing this journey through the documentary, the Fallows said, “The guiding principle of this reporting is one we have developed—city by city, story by story, question by question, surprise by surprise—through our years of travel. The central premise is that the most positive and practical developments in this stage of American life are happening at the local and regional level—but that most Americans have barely heard of those developments except in the communities where they themselves live.”

Most of these cities and towns that were chosen have some kind of misconceptions about them. San Bernardino is haunted by the legacy of the 2015 terrorist attack that occurred there. Sioux Falls is mainly known for being close to Mount Rushmore. Columbus is lumped in with stereotypes of the South. Eastport tends to get forgotten because it is the least-populous city in Maine and is so far north it is almost in Canada. Charleston, W.Va. regularly gets mistaken in conversation with Charleston, S.C., and is notorious for having a severe opioid problem. What ‘Our Towns’ sets out to do is dispel those misconceptions and show how there is so much more to America than what is seen in the news and more beyond the stereotypes of different parts of America and it succeeds.

‘Our Towns’ Is A Reminder That America Really Is Beautiful

The towns and cities the Fallows visited all have had some kind of economic hardship in the past 40 years. San Bernardino had to declare bankruptcy after the Air Force base in the area closed and took with it their main source of revenue. Sioux Falls has had trouble with the declining agriculture and farming industry. Columbus has had problems stemming from Mississippi being ranked last in all the things a state would want to be first in.

Eastport has lost the majority of its fishing industry due to it moving further north into Canada. Charleston has suffered from the move away from coal-fired power and has been hit very hard by the opioid epidemic. The reduction in the logging industry caused Bend a great deal of financial hardship in the 1980s. What all of these cities and towns have in common is the way they brought themselves out of their struggles.

Each of these small towns and cities has found new ways to bring themselves success. San Bernardino and Columbus both brought in tech developers and manufacturers to boost the economy and create new jobs for their residents. Columbus has what they call the Communiversity, their version of a community college that has created a curriculum around innovative modern manufacturing to better send their residents and students down a successful career path and find a good job.

Sioux Falls and Eastport have many festivals and local gatherings that celebrate the heritage and traditions of the Dakota Sioux (for Sioux Falls) and the Passamaquoddy (for Eastport). The stereotype for most small towns is that they seem to be stuck in the past, but all of these communities realized that the best way to revitalize was to look towards the future, whether it is the kinds of jobs that are coming down the line, community outreach programs, or placing faith in the young residents who value acceptance and change.

The Fallows addressed this in an article about piecing together these stories, saying, “Of course the paralysis and division of national politics matter. Of course every community has its entrenched problems, of which the opioid and addiction crisis is the most acute and racial injustice is the most intractable. Any view of this nation, at any point, will include the tragic and the inspiring. But the underappreciated and potentially useful news of this moment is the extent of locally based renewal and experimentation, directed at many of the same challenges that now seem practically hopeless from a national perspective. That is the theme we hope to explore here.”

‘Our Towns’ serves as a reminder that when looking at America we need to make sure to look beyond what we see and hear on the news about different cities and towns. In times when our politics are so polarized and have divided so many of us, this documentary gives a look into places where they have put politics aside to focus on caring about their residents and fostering an inclusive, strong, and culturally diverse community. So much of what goes on in these towns and cities can help improve our country as a whole if we just look a little closer and set aside our preconceived notions of a place and listen. ‘Our Towns’ paints a portrait of the America we ignore and the America we could become if we just paid a little more attention and stopped making assumptions about others.