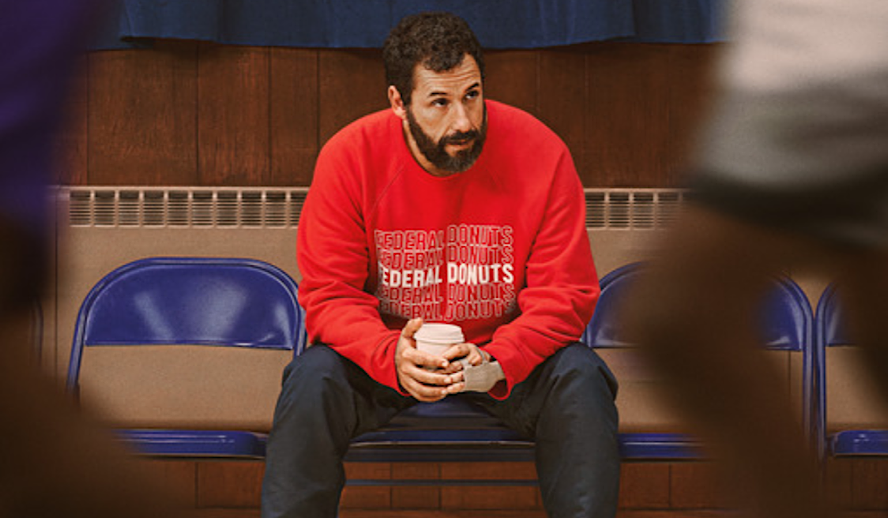 Adam Sandler is proof that once you get successful in Hollywood, you can do anything you want and that includes playing characters and working with people in the NBA. We’ve seen many sports films ranging from bad to good to cheesy, often trying to inspire the viewers to not give up on whatever dreams they have. Films like this tend to get ignored because it gets written off as a sports film with no deep meaning. In recent years, Adam Sandler films have been a mix with audiences and it’s even gotten to the point of people refusing to watch his films because they hate him for some reason. What brought Sandler back into people’s homes is when he starred in the crime thriller drama ‘Uncut Gems’ directed by Safdie brothers, the film and his acting received critical acclaim. Sandler won an Independent Spirit Award for Best Male Lead for his role in the films and the praise was never-ending for Sandler. Then in January 2020, Netflix announced a new four-movie deal with Sandler’s production company, Happy Madison Production, worth up to $275 million.

‘Hustle’ – It Takes Hard Work and Dedication to be Successful

Netflix’s ‘Hustle’ is an American sports drama film directed by Jeremiah Zagar from a screenplay by Taylor Materne and Will Fetters. The film is about an NBA talent scout, Stanley Sugerman (Adam Sandler), who’s out to discover talented basketball players and he finds a player, Bo Cruz (Juancho Hernangómez), in Spain and then tries to prepare him for the NBA Draft. This film stands out from others because of the way it was shot. There are certain shots in the film that bring emotion out and it’s no surprise to me that the director joined the project once he realized he can shoot a basketball in a cinematic way. The cast of the film is pretty strong with several current and former NBA players and coaches portraying themselves or other characters like Anthony Edwards plays Kermit Wilts, the rival to Bo and Kenny Smith plays Leon Rich, a sports agent, and Stanley’s friend.

The plot follows the stereotypical sports film plot when it comes to training someone in order to reach the ultimate goal in the end but this film makes the stakes higher. ‘Hustle’ does an amazing job at making the protagonist lovable and the antagonist hateable. There isn’t any moment in the film where I doubt Sandler’s character Stanley, I want him to succeed and do whatever it takes to be successful. I like how there isn’t anything else going against Stanley in the film, even his family life is stable and Queen Latifah is his wife! Their relationship on screen feels more like they’re best friends but that didn’t distract me from the film much because Latifah’s character was supportive of Stanley. My favorite on-screen relationship was between Bo Cruz and Stanley, they were just so much fun to watch together, I really liked how their relationship evolved throughout the film. Juancho Hernangómez did an amazing job playing the role of Bo Cruz, he was such a sweetheart of a character, who loves his family and it brought a huge smile on my face seeing his love for them.

A Love Letter to Basketball Fans

As someone who grew up in a sports-centric household, basketball is one of the sports that I like the most because I can understand what’s happening and as a former athlete, I know how hard it is to be a great basketball player. The film shows that during a training montage and I liked how Cruz was already good at basketball, he needed the training to become great. His rival, like I mentioned earlier, is played by Anthony Edwards and I love how his character, Kermit, is a foil to Bo. I like how they made them rivals on court and every time I saw Kermit on screen, I knew Bo was in some trouble. When it comes to sports rivals, it’s so easy to make them annoying so I’m glad that they only kept their rivals on the court because having their rivalry continue off-court would take too much screen time.

I feel like this was NBA fan’s ‘Chip and Dale: Rescue Ranger’ because, during Chip and Dale, I was pointing out all the character cameos and was enjoying myself more because of it so I know people who love basketball had a great time seeing basketball stars make appearances in the film. This film showed Sandler’s love for basketball and I couldn’t help but feel happy for him because I know how much he loves to play basketball in his free time. One of my favorite shots is at the end of the film because of the emotion and the energy I feel from the scene. It’s the feeling of meeting your favorite actor or seeing your favorite artist in concert like you can’t believe it’s happening. It’s a feeling of euphoric disbelief and it makes you want to pass out because of how overwhelming it is and that’s what the film ended on. I love how this film made me warm inside compared to how ‘Uncut Gems’ made me feel overwhelmingly anxious.

In conclusion, I recommend this film to anyone who loves basketball because it’s a perfect film for you and if you like Adam Sandler then it’s just an added bonus. My only complaint about this film is where was the promotion for this film because I barely saw any advertisements from it and considering it revolves around the NBA. Other than that, I loved the film and if you’re an Adam Sandler hater because you just don’t like his films, I say give this one a chance and if you don’t like it, you can move on with your day. Therefore my rating for this film is 9 basketballs out of ten.