An Open Letter to Hollywood: Queer Representation Is a Lot More Complicated Than You Think 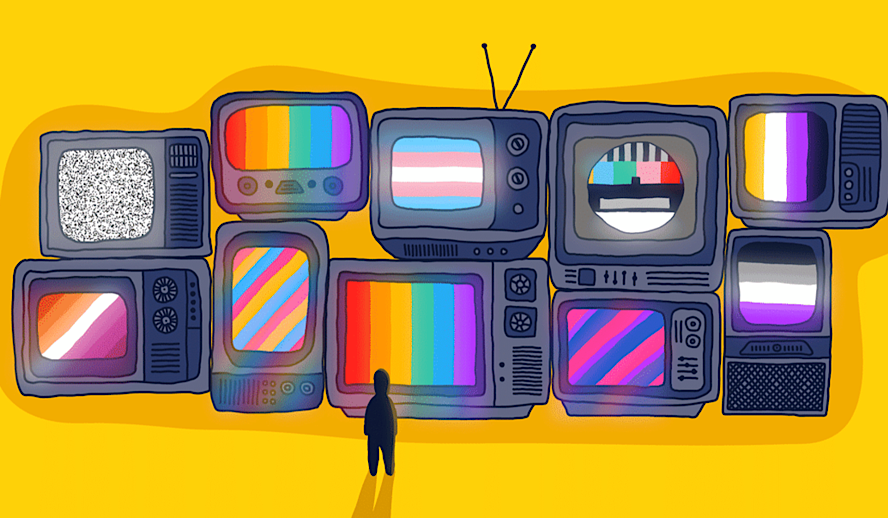 If you google LGBT movies, the top three results are ‘Moonlight’, ‘Brokeback Mountain’, and ‘Call Me By Your Name’. Credit where credit is due, ‘Moonlight’ amplifies black queer voices, examining themes of what it means to be a black man through the lens of queerness. However, the commonality of the three is that they all center around men. These are the kinds of films that are most accessible, and only cover a small portion of the queer experience. And this is without mentioning other issues within the films, such as the age gap between Call Me By Your Name’s Elio and Oliver.

The B Isn’t Silent: A Lack of Bisexual Representation in the Mainstream

The widely understood, yet oversimplified definition of queerness is homosexuality; If queer is the opposite of straight, then queerness must equate to gayness. Even within this oversimplification, the lesbian community is often an afterthought. The ‘G’ is not the only part of LGBT and it should not be treated as such. Bisexuality is criminally underrepresented in mainstream queer media. Bisexuality is often harmfully portrayed as an in-between step between gay and straight, or a state of indecisiveness but this is simply not the case.

A 2011 UCLA survey found that over half of the LGBT community identifies as bisexual. I challenge you to think about all the queer media you can recall, what percentage of that media centers around bisexual stories? The majority of the queer community is getting regularly overlooked through the lack of recognition of bisexuality. Young bisexual people deserve to see their feelings represented on screen, they deserve the same coming-of-age stories and cheesy romantic comedies that are given to young straight people.

Many young queer women, myself included, grow up with the only queer media accessible to them being male-centric. Growing up, I read every book and watched every movie I could find that told queer stories, but I was only consuming media about gay men. I didn’t have the luxury of seeing my feelings represented through characters or love stories I could see myself in. The gap is closing, with 33% of queer characters on broadcast television being lesbians, and this is incredible news for queer women, but it’s not all good.

It’s no secret that the treatment of women in the media is less than fair, many female characters are merely accessories to men or are sexualized more than characterized. This is primarily due to the lack of women in leadership positions in Hollywood, the film industry is infamously male-dominated. Lacking women on a writing staff is going to result in poor writing for female characters, as well as guaranteeing a lack of queer women in a writers’ room. This gives way to the infamous ‘Bury Your Gays’ trope, in which queer characters, especially queer women, are killed off shockingly frequently.

GLAAD reported that in 2016 over 25 queer female characters were killed off of primetime television, with the majority of these deaths serving no greater purpose than to drive the story of a more central (read: straight) character. Queer women should be able to see themselves represented on screen without worrying about whether or not the character will be met with a violent, deadly fate.

While there is undoubtedly a lack of quality representation in media, there are plenty of examples that demonstrate the progress representation has experienced in recent years. Netflix’s ‘Sex Education’ has something for everyone, the cast is diverse and incredibly talented as they depict a variety of sexualities and gender identities, as well as the good, the bad, and the ugly of learning about yourself and your identity. The characters go through the trials and tribulations of learning and developing, all while navigating typical high school experiences to create a grounded, relatable, but hilarious three seasons, with a fourth on the way.

In the beginning of 2022 everyone caught ‘Euphoria’ fever, and for good reason. If you’re looking for queer women and trans representation, ‘Euphoria’ is a great place to start. ‘Euphoria’ brought us Jules, a queer, trans teenager, new to town, learning how she fits into a new environment. If you’ve already seen both seasons, make sure you don’t skip the special episodes between seasons one and two. In the Special Episode Part 2: Jules, we get an emotional insight into Jules’ gender identity and the way her sexuality reflects how she chooses to present herself. Hunter Schafer, the actress who plays Jules, is trans and she wrote the episode along with showrunner Sam Levinson, thus including personal experience in the character.

Bringing Queer Voices to the Mainstream

The simplest way to bring accurate and fleshed-out representation to the screen is by allowing queer artists to tell their own stories. Writers’ rooms, director’s chairs, and casting offices should be queer spaces. Instead of continuing to tell the same palatable story repeatedly, individuals should bring their own voices to the media. Queerness isn’t something that can be simplified and repackaged into something preferable for a wider, straighter audience. These stories are real and should be relatable to the large percent of the population that they are representing,