‘Avatar: The Last Airbender’: The Best Cartoon for Diversity, Inclusivity and Representation Ever 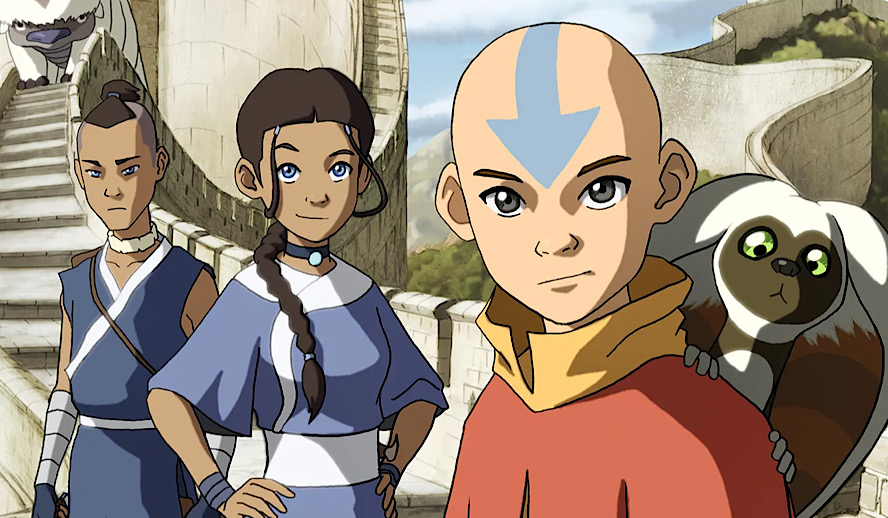 ‘Avatar: The Last Airbender’ (ATLA for short)  was unique in the way that it portrayed its female characters. Each character was extremely different from the others and had its own faults and strengths. Best of all, they were all strong and independent in their beliefs, disproving the theory that women need strong men to help them. Take one of the main characters Katara (Mae Whitman) for example. She’s probably the most “stereotypical” of them all, showcasing motherly traits and nurturing nature. However, her own desires conflict with her nature, creating a complex character that’s more than just “a mother” to her friends. Katara is stuck under the weight of being the mom friend, and as the series continues she begins to balance caring for others and being her own person better.

Another example of this is one of the main antagonists, Azula (Grey Griffin). Perhaps the most fearsome villain that the protagonist, Aang (Zach Tyler), faces is a young, barely teenage girl. Even though her father is made out to be the biggest villain, they do spend three seasons talking about him and building him up to be a monster, Azula seemingly shows up out of nowhere and takes the spotlight. Azula is the opposite of what society expects women to be, she’s cold, ruthless, and calculating. Representation isn’t always about good characters, it’s about the bad ones too. Azula’s portrayal showcased that women can be fierce military strategists and her journey also shed light on mental illness. That’s representation, especially since it revealed more about a character who’s been manipulated her entire life and what happens when she breaks.

ATLA placed women into the lead cast and didn’t disappoint. Although the show was created by two men and mostly written by men, it still split time between the genders well. Each character got their time to shine and to grow, which was one of the best parts of ATLA.

Highlighting the Strengths of Disabled People

One of the biggest characters in ATLA is Toph Beifong (Jessie Flower), a blind earth bender that we’re introduced to during the second season. She can’t see but has never that stop her. Regarded as the best earth bender in the canon history of the show and its sequel, Toph created a new way of seeing. Like other blind people, Toph had to rely on her other senses to get around. She developed a unique way of sensing vibrations in the earth to see, and could even decipher what an opponent’s move was just by the way they applied pressure.

Toph’s entire arc, how her parents viewed her as weak because of her disability but in reality, she was stronger than anyone else, applies to many disabled people today. Able-bodied people are so used to assuming that disabled people are worse off, just because they can’t do things the exact way we can. Oftentimes, people with disabilities are more compassionate and more in touch with their senses than we are. Just because we’re different, it doesn’t mean one person is immediately stronger than another.

In ATLA’s sequel, ‘The Legend of Korra’ one of the most powerful antagonists is a woman without arms. Like Toph, she adapted and became one of the most fierce-some benders of her time, and even master benders weren’t able to take her down alone. What ATLA and ‘The Legend of Korra’ taught children was something special that no one television cartoon has done as well. The show embraced a character’s disabilities, showing the reality as well as the expectations of how the characters would act. Then, it subverted all of the information we had been given, proving that disabled people are much more competent than the general public gives them credit for. We are quick to judge and assume that someone with a disability is a damsel in distress anytime we see them, but in reality, that’s only a societal standard we think. Sure, sometimes people with disabilities need assistance, but not always. People with disabilities are often stronger than we give them credit for, and ATLA proved that.

ATLA was based on Eastern culture, specifically East Asia. The Fire Nation was mainly inspired by Japanese culture and the Earth Kingdom was modeled after Chinese dynasties. The two other elements took after much more different cultures, but the general basis was Eastern culture. The Air Temples was based on Tibetan culture and the Water Tribes were modeled after Inuit culture. These differences in each kingdom translated to a character’s physical appearance, especially since the show continuously borrowed references from East mythology and art.

The main characters of the show all looked different as well, giving children representation in many shapes and colors. Katara and her brother Sokka (Jack De Sena) were tanner than the others, and wore their hair in traditional Native American and Inuit hairstyles. The shape of their faces were more heart-shaped, while Aang’s was more round. Toph and Aang were both short, with Katara and Sokka notably taller than them. Aang kept his bald head, a sign of the Air Nomads, while Toph had her hair in a bun. Each character had a different body type, a different hairstyle, and skin color, providing representation in all forms for kids.

Besides racial representation, ATLA and its sequel were notable for LGBTQ+ representation. At the end of ‘The Legend of Korra’, the protagonist joins hands with her girlfriend before walking off into a golden portal. Keep in mind, this occurred at a time when gay marriage was still illegal. Originally the creators ended for the two to kiss, but the network thought that would be too much. While it wasn’t the exact representation that they had wanted, it quickly became a historic moment. The show was acclaimed for letting one of its main characters be proudly bisexual, and letting women-loving-women (WLW) see themselves in these characters. LGBTQ+ representation is hard to come by, specifically WLW content that isn’t overly sexualized by the male gaze.

This was a huge moment, especially since it was done in a children’s show. In the last few years, there have been various disagreements over networks like Nickelodeon and Disney including LGBTQ+ characters in their shows. There’s a widespread of information and fear that this representation will “turn children gay” as if being a member of the community is a bad thing. So, against all odds, this moment was revered and treasured, as well as paving the way for shows like ‘She-Ra and the Princesses of Power’ to continue the fight for representation.

While creators Bryan Konietzko and Michael Dante DiMartino knew their show would be successful, they probably didn’t anticipate how big it would get and stay. Even after over a decade and a half since its release, there are thousands, if not millions, of loyal ATLA fans. They continuously support their ideas, most notably Avatar Studios, their newest idea to keep pumping out ATLA content. It’s a worldwide craze for a cartoon, rival to what ‘Harry Potter’ did for young-adult fiction.

Before there were shows like ‘The 100’ or ‘She-Ra’, there was ‘Avatar: The Last Airbender’ that paved the way for representation in terms of sexuality, gender, and race.