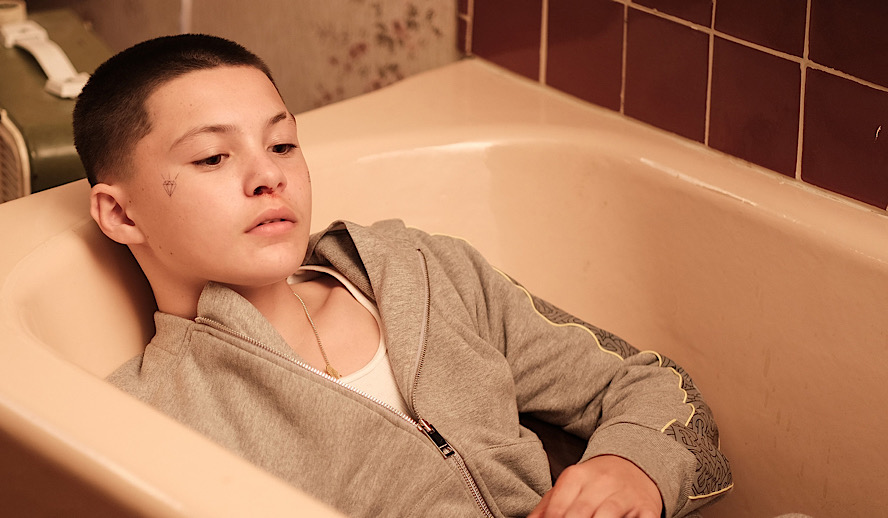 There will be no more new episodes of ‘Euphoria’ till 2024 since season 2 of the show wrapped up on February 27th so fans will have to be patient for season 3. This season of ‘Euphoria’ was definitely something compared to the last season because of the storylines and the character developments. Season 2 definitely had weaker character arcs compared to season 1 due to not having character-focused episodes and having a plot-driven season. ‘Euphoria’ should be a character-driven show because people watch the show for them and seeing some characters sidelined or given no development is upsetting. Some characters could have a bigger role in the overall story instead of having a minor role, therefore, blending the general storyline together.

One thing I wanted the most out of this season is to see the development of relationships between characters like Jules (Hunter Schafer), Maddy (Alexa Demie), and Kat (Barbie Ferreira) because seeing them hang out at the beginning of the season then having them not interact for the rest of the season is odd. Since Cassie (Sydney Sweeny) was involved with Nate (Jacob Elordi), Jules could’ve filled Cassie’s role in the friendship between Maddy and Kat, the season could’ve been Jules gaining more friendships outside of Rue (Zendaya) and getting advice from the other girls about relationships. I hope season 3 focuses on healthy relationships and the characters finding themselves because the characters are at the point where they all learned a lesson and their lives could only go up from here.

‘Euphoria’s’ finale episode titled “All My Life, My Heart Has Yearned for a Thing I

Cannot Name” is a continuation of Lexie’s (Maude Apatow) play and we find out why Fezco (Angus Cloud) didn’t make it. I think this season has too many plotlines because not all of them got wrapped up in season 2 leading myself and fans of the show to wonder if it will be addressed in season 3. However, I did think if the show didn’t get renewed for another season, this would be an alright season finale to tie up Rue’s character arc because she finally chose herself and it was a satisfying conclusion for her. I hope Rue will continue to choose herself and heal relationships that were damaged in this season because Rue deserves to be happy but this is ‘Euphoria’ so I know the consequences of her actions will come back to bite her.

According to Cassie, she’s officially become the villain of the story and she’s happy to play the villain role because she clearly has nothing else to lose. I don’t know what’s next for Cassie because she really hit rock bottom this season and really damaged her relationship with her friends and Lexie. I believe the Cassie we saw in the season finale was the true Cassie because all season she was playing the victim and didn’t want to admit what she did was wrong. Also, the way she treated Lexie was awful and it makes sense that Lexie sees Maddy more like a sister because probably the last time Cassie treated Lexie like a sister was when they were younger. It makes me believe that puberty is what damaged their relationship because Cassie got attention from boys and Lexie didn’t so instead of Cassie uplifting her sister she chose to ignore her feelings and focus on herself.  I don’t see their relationship being healed in season 3 because of the way Cassie acted during the play but I do hope to see Maddy step up and fill in the sister role. I think Cassie is going to be lonely next season because I don’t see her and Maddy making up and I think it’s best if they go their own separate ways.

Nate’s conclusion was better than I expected but that doesn’t excuse his terrible actions and he still needs to face the consequences. Like Cassie, I don’t know what’s next for Nate’s character except maybe trying to get with Jules which would be an interesting way to go because Jules absolutely hates Nate. It would be an interesting route to explore because Cassie and Maddy can be involved to try to protect Jules and that’s the only way I can see Cassie and Maddy teaming up. Since Nate’s dad, Cal (Eric Dane) is out of the way, I can see Nate at least trying to become a better person and trying to show that to Jules.

The conclusion to Rue and Jule’s relationship wasn’t done properly and they should’ve had a conversation about their relationship and had a proper breakup. Jules didn’t get a proper goodbye from Rue and I know this is going to hurt her in season 3 because after the intervention Rue didn’t apologize for what she said to Jules. Rue had a chance to talk to Elliot (Dominic Fike) in the finale and was met with a song but neither of them has talked to Jules since the intervention. It felt like Elliot’s character was only there to split Rue and Jules up because he didn’t do anything else to help Rue or Jules. I think their relationship with Elliot was unnecessary and his character could have been so much more. As said at the beginning of the article, Jules should have gained more friendships with the other girls and rarely interacted with Elliot. If Elliot is going to be a recurring character there should have been more of his backstory and built a better friendship with Rue.

Elliot and Rue could have taken on sobriety together and their journey could have been discovering how drugs can ruin their life because Rue could have introduced Elliot to Ali (Colman Domingo) and the audience could have seen Elliot and Rue’s relationship as them enabling each other. I’m not sure if Elliot is returning in season 3 but I hope to see Rue and Elliot become friends and have Elliot apologize for what he did. In the end, it gets frustrating because season 1 was so good and season 2 could have been as good if it kept it a character-driven story. If they decide to add another character in season 3, I hope that character has more of a purpose instead of being used as a plot device.

When it was announced that ‘Euphoria’ will return in 2024, fans were frustrated and upset because of the way season 2 ended and now they have to wait two years to see what happens to characters like Fezco. Without getting into too many spoilers, I think season 3 main plot will focus on Fezco and the drug trade because Rue also has unfinished business with the drug dealer Laurie. It will be best to have two main plotlines next season and have them entwine towards the end of the season. Fans also think there’s going to be a time jump due to the actors looking older also because the audience will age too and will question why the characters are still in high school. If ‘Euphoria’ decides to go that route, I think the next season will take place the summer before college so all the characters will be all in the same place and a set change wouldn’t be needed. In the end, I will still be watching when season 3 comes out and I hope the show goes back to being character-driven.