Why ‘Better Call Saul’ is as Good, if Not Better, Than ‘Breaking Bad’ 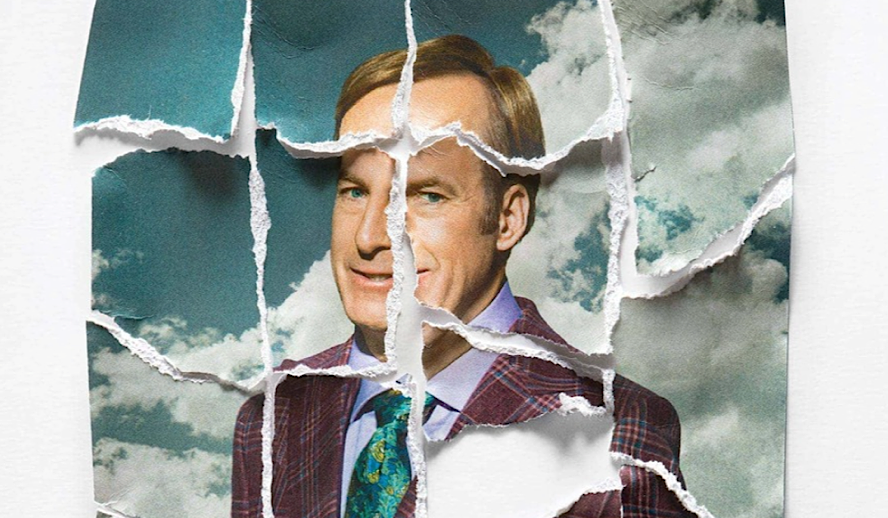 ‘Breaking Bad’ is a show that at this point needs no introduction. Running for five seasons on AMC, this crime drama was critically acclaimed throughout its run by fans and critics alike, with many calling it one of the greatest series of all time. As someone who’s seen the show multiple times, this is a sentiment I definitely share. Every season had gripping action and great dramatic moments, all led by a star-making performance from Bryan Cranston. The episode “Ozymandias” has to be one of the greatest episodes of television I’ve ever seen, and I do not say that lightly. The show has a large fanbase and has already cemented itself deep within pop culture.

So, when it was first announced in April 2013 that the hit show ‘Breaking Bad’ was getting a spinoff series, people understandably had some questions: What’s the point? Why make another show in the same universe if the first one was already so good? It’s rare for a sequel or spinoff to be as good as the original. Can show creator Vince Gilligan really do it again?

Well, luckily he can. ‘Better Call Saul’ premiered in 2015 to positive reviews, with many considering it a worthy spinoff led by Bob Odenkirk’s incredible performance. Now, six years later and five seasons in (with a sixth and final season on the way), the critical reception has surged and many consider it to be as good, or even better than its sister show. Yet, as critics adore it, it’s still gotten a lot less buzz from fans or the average television viewer. So, as a fellow fan of both shows, I have taken it upon myself to show other ‘Breaking Bad’ lovers why ‘Better Call Saul’ is truly worth your time. It might even be better than the original.

For those unaware of the story, ‘Better Call Saul’ takes place six years before the events of ‘Breaking Bad’. It follows James “Jimmy” McGill as he tries to become a respectable lawyer. Throughout the show’s run, we see Jimmy descend further and further into corruption and the criminal underworld, eventually leading to his transformation as Saul Goodman, criminal lawyer. Jimmy’s earnestness to be a good lawyer is constantly tested, whether it’s from his brother Chuck (played by the magnificent Michael McKean) or from the criminals with who he frequently begins interacting.

That’s already interesting enough, exploring the depths of Saul Goodman from the original show and letting us see how he became the flamboyant lawyer we know him as now. The show also follows another story, the story of fan-favorite character Mike Ehrmantraut. Mike does muscle work in the criminal world in order to support his late son’s wife, Stacey, and her daughter Kaylee. Throughout the show’s run, he becomes more and more involved with the drug trade and Gus Fring. He also gets involved with Ignacio “Nacho” Varga, a henchman in the drug trade who’s desperately trying to leave the business to keep his father safe. Both plots are extremely entertaining and converge in many ways that keep the show engaging.

If there’s one criticism I’ve heard about ‘Better Call Saul’ in comparison to ‘Breaking Bad’ over the years, it’s that “the show is too slow” or “doesn’t have enough action”. And honestly, I would agree. But the show is much better because of it. With the original show, Vince Gilligan aimed a lot of the drama on Walter White’s actions as he tries to grow his drug business, which usually involved murder, betrayal, and everything in between. That, and lots of science. When it comes to ‘Saul’, Gilligan and show co-creator Peter Gould trade out the science and shootouts for riveting legal drama.

Much of Jimmy’s battles happen either inside the courtroom or working against the law. And it’s still riveting stuff. Similar to how awesome it was to see Walt maneuver his way out of a bad situation with the use of his encyclopedic scientific knowledge, it’s just as great seeing Jimmy use under-handed tactics to get what he wants, or for Kim Wexler to use her legal prowess to win over a courtroom.

With ‘Saul’, less focus on the drug trade allows for more focus on the characters and their interactions with one another. Jimmy isn’t trying to become a drug kingpin, he’s just trying to practice law and do the right thing. Instead, we get to see more of Jimmy interacting with his girlfriend, Kim, or with his lawyer nemesis, Howard Hamlin. We also get to see more of Mike doing what he does best: doing grunt work and being a badass. With a heavier focus on character studies and drama, ‘Better Call Saul’ fleshes out its characters in deeper ways.

Anyone who’s a fan of either show knows that family is a big part of both shows and holds high importance. In ‘Breaking Bad’, Walt tries to hide his life in the drug trade from his family before eventually telling his wife and involving her in his operations. Everything he does, he claims he “does it for his family”. In ‘Better Call Saul’, it’s more complicated than that. Here, the McGill brothers have the most interesting dynamic in the show; Their relationship is of love and hate. Chuck’s respect for the law and his contempt for his brother will never let him and Jimmy see eye-to-eye, despite Jimmy’s desire to be accepted and loved by him. Their interactions make up some of the best parts of the show. In ‘Breaking Bad’, family is a hindrance to Walt’s descent into badness. In ‘Saul’, it’s a catalyst.

Honestly, both shows deserve all the love. ‘Breaking Bad’ created a riveting drama about a man’s descent into villainy, morphing from a family man with a big heart to a downright evil person. In ‘Better Call Saul’, Jimmy McGill starts off as an eager, honest man who tries to do what’s right, even if he may slip up sometimes. But throughout the show, we see him progress further and further into shadier practices and behaviors, with the end goal of him becoming the morally bankrupt criminal lawyer we see in ‘Breaking Bad’. While ‘Saul’ may not be as scientific and focused on the drug trade as its predecessor, its willingness to slow down and focus on the cast of characters and their lives creates a riveting drama that is worth seeing. With the sixth and final season coming out sometime within the next year, be sure to catch up. You won’t want to miss a thing.

‘Breaking Bad’ and ‘Better Call Saul’ are available to stream on Netflix.