‘Chasing Wonders’: A Starry-Eyed Dissection of Something that Unites Us All – Family 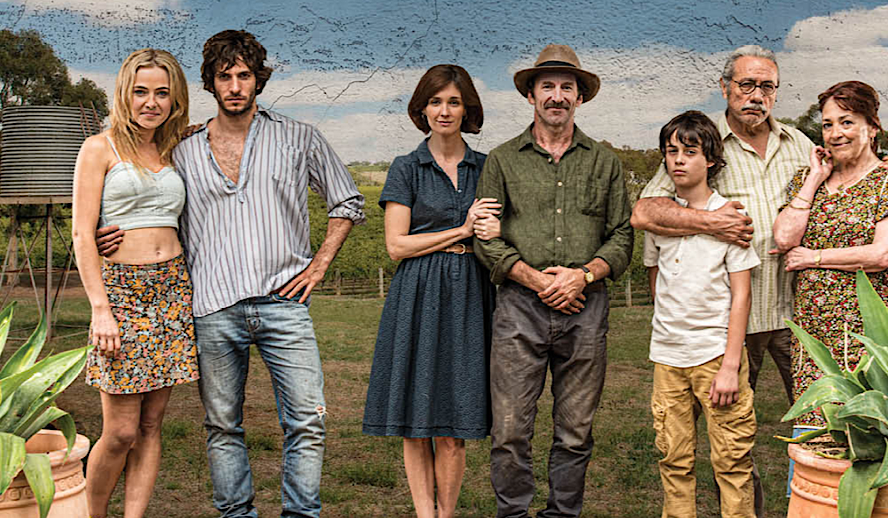 Detailing the experience of a son attempting to uncover the truth of why his family emigrated from Spain to Australia, ‘Chasing Wonders’ is beautiful on a number of unique magnitudes. Its picturesque scenery is breathtaking, serenely representative of both countries’ vineyards. Its subject matter is touching yet tragic, demonstrating a clear conceptual grasp of the misunderstanding that is so common in familial relationships. And its execution of near-perfect photography, combined with the stunning landscapes and soul of the film, makes for one of the best first-watches of 2021 thus far.

Related article: An Ode To Pixar: The Studio That Never Misses, Making Us Cry and Laugh & More

Directed by enigmatic first-time-director Paul Meins, this bilingual coming-of-age story is sure to grip you tight and tug on your heartstrings throughout. ‘Chasing Wonders’ is magical, nuanced, and emotionally charged, a unique first offering from a director with no credited past work or any social media. Meins was brought in as a replacement during post-production for original leader Jim Loach (Tin Star, Save Me) who left the film for unknown reasons. Regardless, the direction in ‘Chasing Wonders’ is fantastic, bolstering its interesting five-year time-skip concept. The movie was filmed over a period of five years so that star Michael Crisafulli could play both his 12-year-old boy self and a 17-year-old adolescent version of himself, as well.

Although a wonderful picture, ‘Chasing Wonders’ is not perfect, by any means. It does devolve into tropes and obvious reincorporation, a trait many critics find offensively unoriginal. Although relevant, these tropes hardly make the film any less entertaining or genuine. What separates ‘Chasing Wonders’ from other coming-of-age, boy-to-man, family dramas is its harsh base in reality. The characters are not perfect, far from it. Antonio de la Torre in his role as the patriarch is an actively unlikeable character, he’s brutal, selfish, and hypercritical of his son’s dreams.

He is not meant to be a likable character, instead, carefully built to show his greatest insecurities and fears through his over-protection for his son, ultimately being redeemed through his unbreakable love for his family. His brother, Goya is a drunkard who de la Torre deems as inept and unfit to lead the ranch. Goya’s true passion is art, he appreciates the simplicity of life and enjoys leisure. He is a happy man, albeit imperfect. This understanding of personal platitudes is indicative of the harsh reality of real life, displaying the worst features of our loved ones and how that bond is able to overcome anything.

One of the largest critical detractions of ‘Chasing Wonders’ is the triteness of its bitter-sweet ending. After a powerful loss, Crisafulli would venture out into the desert to find the wonder once described to him and his seething father would follow him, only to defy (or not, as critics would say) our expectations and confide in his son. This ending would be called derivative and unoriginal, which, of course, is true in some abstract sense. But to that same accord, what production isn’t derivative in some obscure way?

2019’s ‘Joker’ is a near-perfect adaption of Martin Scorsese’s ‘The King of Comedy’ and Luca Guadagnino’s ‘Call Me By Your Name’ is eerily similar to its predecessor, ‘Brokeback Mountain.’ These films use a totally unique premise but adapt emotional and narrative beats to construct a meaningful “hero’s journey” to redemption. De la Torre’s character had been nearly reprehensible throughout the entire film, but we had been given the reasons and motivation as to why he is the way he is and witnessed events that opened his eyes to his wrong-doing, resulting in his personal and interpersonal change.

‘Chasing Wonders’ is not wholly original. Its premise is similar to most any other family drama, its structure is similar to that of Richard Linklater’s ‘Boyhood’ and its ending is reminiscent of most any bitter-sweet tragedy. However, this does not refute the merit of the film, in and of itself. It is still a wonderful tale of family and the power those bonds have, a real glimpse into the struggle of each member of a larger unit, and the power love has as a unifier.

‘Chasing Wonders’ is an all-around lovely cinematic experience, but there are still a number of performances that separate themselves from the rest of the pack. Actors Edward James Olmos, Carmen Maura, and surprisingly, both child actors, Michael Crisafulli and Jarin Towney are all fantastic. Both of the former, who play matriarchal grandparents put together emotional and lasting performances that capture both the love and disdain we feel towards our extended family. As for the younger counterparts, specifically Towney, he provides much-needed levity and a beautifully touching side-story as he deals with his own trauma of his father leaving him and his mother. He is childlike in both his warmth and disposition, but also his vulnerability after being thrown away and longing to reconnect with his father.

As for star Michael Crisafulli, we are privy to his powerful acting as both a child and young man. His early work is stunningly informed, emotionally. He clearly understands what his character’s motivations are and what he strives to do with his life, resulting in his complete taking over of the character and acquiesce to the world of ‘Chasing Wonders.’ His later work, as a budding man, displays his personal growth as he transformed into a son searching for the wonder of his and his father’s origins, retracing his steps and returning to the land he was born in.

His performance is powerful in both distinctions and he often dominates the screen, holding your attention and creating a beautiful portrait of a boy struggling against his familial responsibility. This is even more impressive given the fact he was but a 12-year-old boy during the initial filming of this production and the significant gap in time between his two eras’ within the film. Truly, he puts together a banner performance that will certainly be hard to top, moving forward.

Cinematographer Denson Baker also puts forth a stunning performance, himself. His photography is awe-inspiring and diverse, as he uses a number of different techniques to capture footage. His usage of drone footage is especially wonderful during sequences discussing birds swooping over mountains, giving the viewer a sense of flight over absolutely breath-taking landscapes. The night sky almost appears as if digitally enhanced, but if in actuality it is not, it’s sure to be a feather in Baker’s cap. Casting Director Nikki Barrett (Hacksaw Ridge, Mad Max: Fury Road, The Babadook) also did fantastically, as each character perfectly personifies their role, adding to the warm and cold dynamic of family and each branch of the family tree’s distinct traits.

‘Chasing Wonders’ is a beautiful story of love, family, and unity. It’s a bit of a hidden gem, widely disregarded by cinemagoers, so showing this to your cinephile friends will surely accrue brownie points. Critically, the response has been lukewarm based on the few reviews published to date, but hopefully, that does not dissuade you from seeing it. ‘Chasing Wonders’ is now available for streaming on YouTube and Amazon Prime Video and surely, it makes for wonderful friends and family movie-night material.