What Can We Expect From Vince Gilligan’s Upcoming New Show? 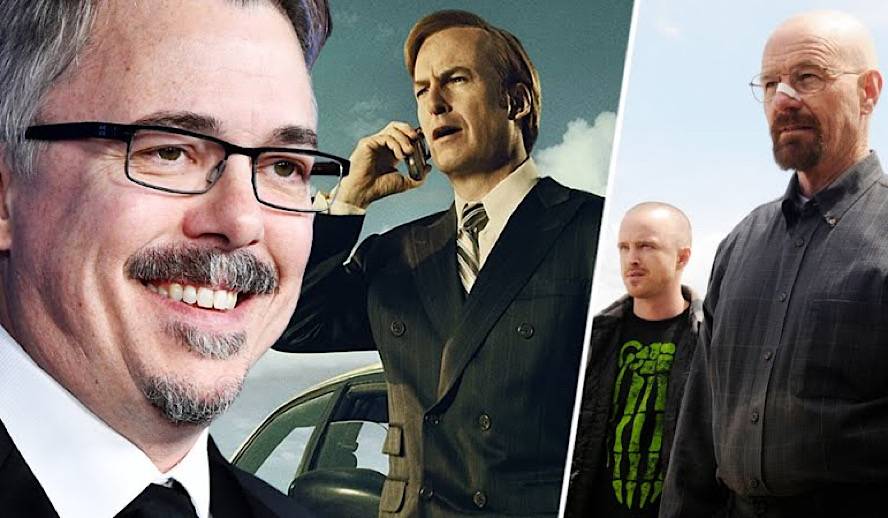 Vince Gilligan, creator of ‘Breaking Bad’ and co-creator of its spinoff, ‘Better Call Saul,’ announced in late September that he had closed a deal with AppleTV for two seasons of an upcoming show he is working on starring ‘Better Call Saul’ star Rhea Seehorn. The biggest piece of information about the upcoming show was that Gilligan explicitly stated that this would not be at all connected to his previous shows. After announcing that the upcoming project would be something entirely different than his previous work on ‘Breaking Bad’ and ‘Better Call Saul,’ what exactly can we expect from a completely new Vince Gilligan show?

On August 15, 2022, ‘Better Call Saul’ aired not only its final episode but most likely the final piece of media within the ‘Breaking Bad’ universe. Beginning in 2008, ‘Breaking Bad’ saw two spinoffs, a film in 2019 titled ‘El Camino’ and the 2015 TV show ‘Better Call Saul,’ both of which built upon the story of Walter White and his associates. It’s no secret that not only was ‘Breaking Bad’ some of the best television of the 21st century but groundbreaking for what television could accomplish in regard to storytelling. In its time, Breaking Bad won a total of 92 industry awards and was placed in the Guinness World record book as the most critically acclaimed tv show of all time. ‘Better Call Saul’ was nominated for 185 awards and won 31 of those, winning the Television Programs of the Year award from the American Film Institute Awards in 2015, 2016, 2018, and 2021. It’s safe to say that ‘Breaking Bad’ became a phenomenon that took the TV world by storm. The show went from relatively unheard of in 2008 to one of the most popular shows ever created today.

While ‘Better Call Saul’ received nowhere near the amount of acclaim that its predecessor was given, the show was still considered to be a masterclass in writing and with some considering it even better than ‘Breaking Bad.’ And while ‘El Camino’ is likely the least praised of the three, Aaron Paul’s performance as Jesse Pinkman and the overall story of the film were both phenomenal; the film even won the Satellite Award for Best Motion Picture Made for Television in 2020 and Critics’ Choice Television Award for Best Movie Made for Television in 2021. The final episode of the incredible ‘Better Call Saul’ starring Bob Odenkirk airing in 2022 of this year marks the end of an era but, at the same time, the beginning of something totally new, fun, and fresh for Gilligan.

Vince Gilligan has been quoted as saying that the upcoming show he is working on is not only not canon in the world of ‘Breaking Bad’ but tonally and thematically different from his two previous shows stating that “[a]fter 15 years, I figured it was time to take a break from writing antiheroes…” This makes complete sense, as Gilligan and his team have been not only writing characters from the same world for nearly 14 years and, more importantly, telling stories about drugs, crime, and the consequences in getting involved with them.

Given that the show has only recently received an order from AppleTV, the two most recognizable confirmed persons affiliated with the project are Vince Gilligan and actress Rhea Seahorn. Zack Van Amburg and Jamie Erlicht, leaders in video programming at AppleTV, both fought for the platform to stream Gilligan’s new show as the two had previously sold ‘Breaking Bad’ and ‘Better Call Saul’ to AMC. There has been no confirmation as to who the other cast members will be or what exactly the plot will be for the upcoming show, but the show has been said to blend surrealism with our own world reality. While the show will not be exploring morality in the same light as Gilligan’s previous shows, it seems that the project will be focused on “the human condition” and tell a story of a struggling woman trying to do what’s right.

When Gilligan pitched the show, it was stated that nearly 8-9 networks and other platforms had come to read the script and bid on the show. This is unsurprising given the massive success that was ‘Breaking Bad’ and the just as popular ‘Better Call Saul’ now. Gilligan was said to be the showrunner and an executive producer for the show through his production company, High Bridge Productions. High Bridge Productions had been involved in the previous three Gilligan projects: ‘Breaking Bad,’ ‘Better Call Saul,’ and ‘El Camino.’

Gilligan’s break from the world of Walter White and Saul Goodman is well-earned and deserved. A show from Gilligan will definitely be interesting to see what his new team and cast do with the story he writes. Part of what made both ‘Breaking Bad’ and ‘Better Call Saul’ such amazing television shows was their commitment to telling a cohesive story and, more importantly, their willingness to take risks. Although the television anti-hero had long been explored in characters like Tony Soprano and Dexter Morgan, ‘Breaking Bad’ showed us character development and transformation, unlike anything the world had ever seen on TV. From the beginning of Walter White’s journey till the end we could visibly see how much he had developed from a scared man to one who instills fear in others.

‘Better Call Saul,’ simply existing, was groundbreaking within itself, telling a story around one of the lesser involved main characters in ‘Breaking Bad’ and somehow making his (Saul Goodman’s) story and transformation feel just as impactful and important as Walter White’s. While ‘Better Call Saul’ also saw the story of a man’s descent into crime and moral grayness, the show also explored a love story between Odenkirk and Seehorn’s characters that helped give it something different from ‘Breaking Bad.’ Hopefully, Gilligan’s new show will follow in these same footsteps by continuing to push the boundaries of what can be done on television and create something enticing and engaging for both watchers of the ‘Breaking Bad’ universe and new Gilligan fans.