‘Deaf U’ Completely Changed My Perspective on the Deaf Community 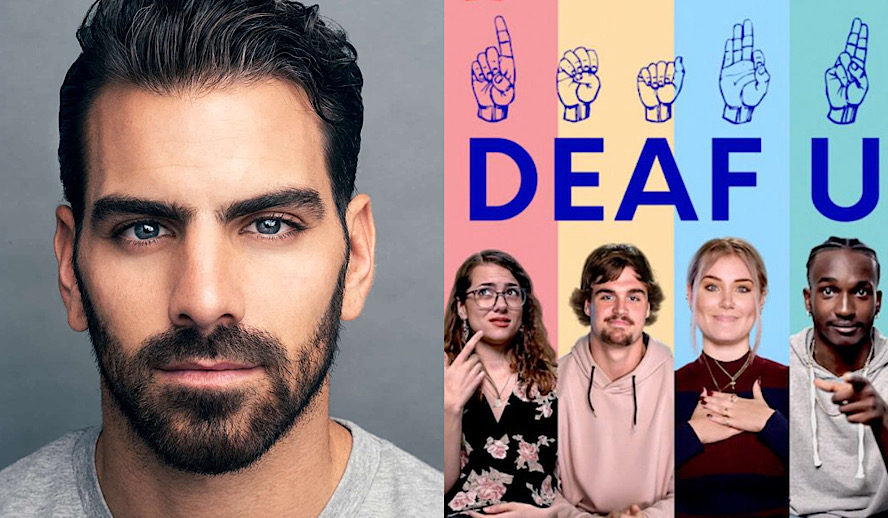 Growing up in Washington D.C., I’d always pass by Gallaudet University on the train. I never knew much about it, other than the fact that it’s a school for deaf people. For years, it was nothing more to me than a place I would pass by on the way to high school. Ever since I graduated, I’ve rarely even given it a thought. Assuming it would continue to be an insignificant place in my life, I recently came to learn about it in an unexpected way.

Netflix’s new TV series ‘Deaf U’ helped me get to know a place that I was close to physically, but not emotionally. In eight 20-minute episodes, it takes you through the highs and lows of the lives of Gallaudet students. Before this show, I knew next to nothing about the deaf community – just that they use sign language, they write things down to communicate, and there are varying levels of deafness. Deaf U shows that there is much more to learn about a group of people not talked about very often in mainstream culture.

Social dynamics Explained in ‘Deaf U’

The show placed a large emphasis on the students’ social lives. Gallaudet is a small school, and you got the sense that everyone knew each other. The show captured several close friends in vulnerable moments together. The topic of conversation was often about personal things like their dating lives and their family backgrounds. There were several heavy moments, such as breakup conversations and therapy sessions. Each interviewee opened up about past trauma and emotional issues. I was both shocked and impressed with how open they were, as it couldn’t have been easy to talk about their personal business in front of a camera crew.

One of the students explained how it was common for them to see their exes on a regular basis, so much so that they would even maintain friendships after they broke up. The nature of the small environment made it hard to avoid each other, so it was best to be civil. There was one post-breakup conversation that was particularly intense, with heavy topics such as abortion, trust issues, and emotional unavailability all being touched on. There was plenty of anger and tears, but they were still able to maintain their friendship afterward. Honestly, it was beautiful to see that level of openness and maturity and it made me a bit emotional myself.

The deaf “elite” is another part of the culture that I learned about from this show. It’s just as pretentious as it sounds, and I felt bad for the people that weren’t considered “elite,” the ones who exclusively used sign language and didn’t speak aloud at all. They usually came from families that had multiple generations of deaf people. Not all of them were uppity but many were. They acted like they were better than the non-elite students, as reflected in one of the non-elites’ comments, “Am I not deaf enough for them?”

Most communities in the world are going to have both stuck-up and genuine people, and the deaf community is no exception. I personally saw the “elites” as the antagonists of the show as they created a petty, high school-type environment. How trivial is it to not accept another deaf person because he or she might talk a little bit more and sign a little bit less? There are different levels of deafness, so everyone is not going to communicate in exactly the same way. This aspect of the culture seems pretty toxic, but I’m glad the show included it. It’s important to highlight the positive and negative aspects of the deaf world and provide a more honest and complete depiction.

The show is entirely relatable whether or not you are deaf. At the end of the day, they’re just college kids. The hookup culture, hanging out with friends, and the emotional conversations are things many of us have experienced. Certain conversations the students were having actually gave me flashbacks to my own life. Also, it was fun to see the pre-COVID college life on screen, but it also made me miss it.

While I couldn’t relate to the deaf culture aspect of the show, I appreciated that it was just as much about who the students were as people outside of their deafness. Even though they can’t hear as well as the average person, they’re just like anyone else in every other way: they have friendships, relationships, breakups, and emotional issues. The show did a great job of humanizing the students, capturing their multi-dimensional personalities. This isn’t some sappy type of reality show: it’s an emotional tour of a world that is rarely talked about.

I have personally never seen a show or movie focus entirely on the deaf community. Deaf U might not be the first one, but it could easily become the most impactful. One of the brightest human beings bringing light to the deaf community is producer Nyle DiMarco who told NPR, “There is no one right way to be deaf, (The show is) an entrance into our world, which is so rich in culture and so layered and diverse. This was a perfect opportunity, and a great entrance point, to bring the hearing world in.”

Between Netflix’s popularity and the uniqueness of the show, there’s no reason why it can’t gain some mainstream traction. I hope the Gallaudet students feel seen because they showed tremendous courage in the way they opened up and put their personal lives on display. Their sincerity makes me yearn for a second season.

Now when I pass Gallaudet, it won’t just be a building to me. It will represent the students I watched open up to me through my laptop screen. Deaf U completely changed my perspective of a place that I always saw in passing, but never knew much about. I can’t say the same for many other reality shows. I recommend watching it if you want to learn about a part of society not often put on display, as well as experience some unexpectedly relatable moments. If you think the deaf community is completely different from mainstream society, this show will change your mind.