‘American Fighter’: A Bloody Journey With a Unique Twist 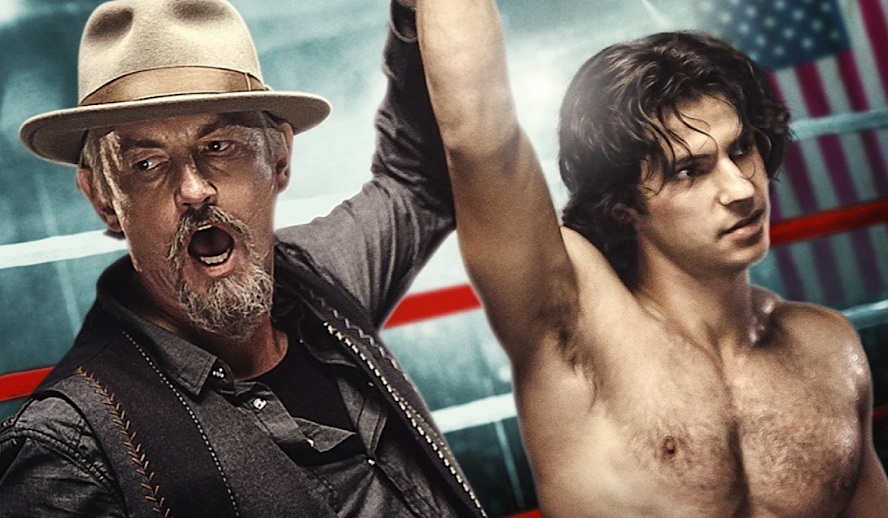 On paper, ‘American Fighter’ appears like any other underdog story. Think ‘Rocky’ or ‘Creed’ where the main character gets overconfident and then gets their butt whooped, ‘American Fighter’ shows the exact same thing but with a twist. ‘American Fighter’ follows Ali (George Kosturos), a college wrestler with big hopes for the future, on his journey to the top. Set in 1980s Iran, the film is rife with themes of morality, tackling anti-Muslim hate, and overcoming one’s fears. Though the fight scenes are undeniably the best part of the film, Kosturos gives a strong performance to keep our attention throughout the movie.

The fight scenes in ‘American Fighter’ are completely realistic, to the point that sometimes the punches make you want to look away. Whatever training that the actors had to undergo worked, because they move like seasoned professionals. Ali, our protagonist, acts like a wrestler turned fighter. He grows into his boxing form, having relied more on his entire body than just his upper body. We watch Ali’s growth in snippets, often in training montages set to music. At a basic level, Ali is a superb athlete with the capacity for a great combination of power and speed. As the movie progresses, we see Ali’s technique get better and better as he improves as a person and a fighter. By the end of the movie, he’s a solid fighter and while he may not be Muhammad Ali, our Ali doesn’t need to be.

Watching this film is as if we’re ringside for an Ultimate Fighting Championship bout. Blood sprays and fighters barely manage to duck blows in ways that seem inhuman. It’s like a train about to wreck and no matter what we do, we’re unable to tear our eyes away from the scene. At the beginning of the movie, Ali is continuously getting beat, and beat bad. As the movie progresses, we see the tables turn as Ali’s strength and technique improves. Directed by Shaun Paul Piccinino, a man with experience in martial arts and a background in stunt work, this previous experience shows. Every fight feels authentic and there are enough differences to make everything entertaining, yet keeping enough similarities to make it feel true to the story.

In war-torn Iran, Ali’s biggest change happens in the first part of the movie where he and his parents are trying to escape the country. Just when they think they’re safe, they’re pulled off their flight, and Ali’s father is executed on the tarmac. In order to smuggle his mother out of the country, Ali finds a smuggler but doesn’t have the money to pay for it. So, he resolves to fight and gain money to enable him to help his mother escape. This story formula is tried and true, seen in many other boxing movies, but ‘American Fighter’ adds more weight to everything. Ali has bigger reasons to win, it’s not just for ego anymore. For him, these fights seemingly determine life or death. He can’t afford to lose or else his mother may die.

‘American Fighter’ also has ethnic and racial weight in its story. Ali identifies as Persian, a twist that is revealed in the film and creates quite a few aftershocks. In between heavier topics, though, the fighting is a welcome escape. The bouts never feel choreographed or fake, they appear real and when blood flows, it’s naturalistic. There are never moments of excessive gore or weird colored blood that takes us out of the moment.

There’s a male viciousness in every fight, things that Kosturos and his opponent always bring to the fight. These small changes enable the fight scenes to be more visceral and makes every punch hit that much harder. Like any other sports movie, ‘American Fighter’ isn’t complete without a training montage. Ali has an older fighter that trains him, albeit with more tough love than anything else, but the effects are clear. In this fight, the stakes are bigger but so is the reward and Ali manages to win big.

‘American Fighter’ excels in its fight scenes as well as its characterization of Ali and his portrayal by Kosturos. What it lacks in is finding and maintaining its tone as well as fleshing out relationships. Set in such a dramatic period, one would expect more drama that revolves around the issues in Iran. However, they seem to be pushed aside for Ali’s story to shine. It feels as if the writers were on the edge of making a deeper piece, but instead decided against it. While ‘American Fighter’ had potential to be more than another boxing/sports movie, it ultimately falls short of that mark. The anti-Muslim subplot it had going would provide for a deeper, richer movie but the writers ended up backing out of that direction. Instead, they add a romantic interest for Ali.

Adding another layer to Ali’s story is a good idea, but again, it fell short of the mark. Ali’s love interest, Heidi (Allison Paige), doesn’t connect well with Ali. Their story feels forced and the emotional arcs of their characters don’t hit as hard as they should. It feels like Heidi was an afterthought, especially since the two actors don’t have chemistry with one another. ‘American Fighter’ ends up being a mediocre movie because of its poor decision-making. It had a lot of potential to become a great movie, but seeming last minute changes drastically affected the story.

Heidi isn’t a bad character, but there isn’t enough attraction between Ali and Heidi to make their relationship believable. While Ali’s journey involves him confronting anti-Muslim remarks and actions, these themes could have been explored more to make the story more emotional. Overall, the movie doesn’t feel balanced. At times it’s kind of cheesy and at other points it’s a darker drama. Fighting is at the forefront of the movie, but all of the extra subplots seem like they were added without much thought. If some time was taken away from the fighting montages and added to flesh out side characters, ‘American Fighter’ would have hit a lot harder.

‘American Fighter’ is available to watch in limited theatres.