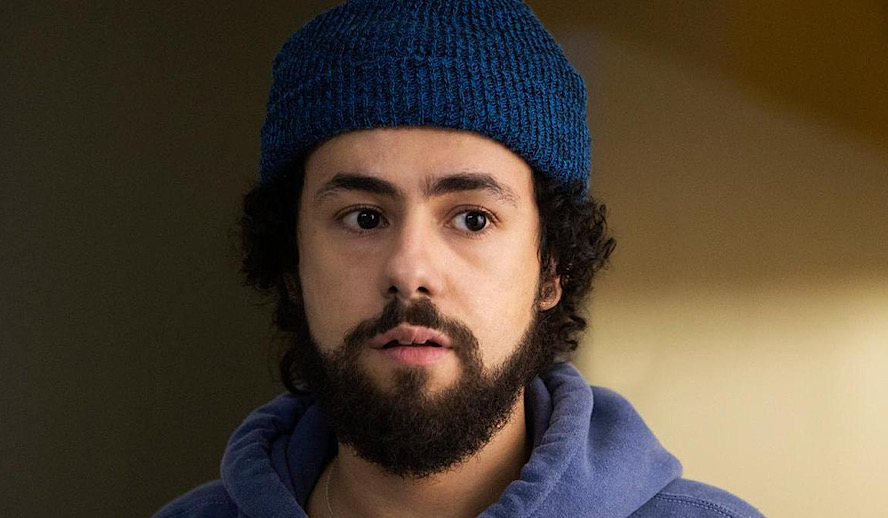 What image comes to mind when you think of the word “Muslim”? The general perception would be a politically targeted religious group with conservative values, considered regressive and oppressive by some. The problem with this one-tone viewpoint is that it leaves no room for nuanced personalities that exist within every sociological group. It leads to the “othering” of ethnic and religious groups. Since popular culture contributes to this image, there is a dire need for movies and TV shows that contextualize and represent these groups with authenticity and understanding. Ramy does exactly that; it peels back the layers and shows us that beneath all of the different languages and cultures and religions, we are all inherently the same.

Ramy is an A24-produced series on Hulu about a 20-something Muslim Egyptian man of the same name from New Jersey, dealing with the internal conflict between two identities and cultures. Ramy is played by Queens-born Egyptian comic Ramy Youssef, who also co-created, wrote and executive produced this series. It is loosely based on his real-life experiences as the character Ramy struggles to reconcile his American identity with his faith. It also shows us the ins and outs of a normal suburban Muslim household, which is how he grew up.

Even though Ramy is well into his twenties, he lives with his parents and younger sister in New Jersey, which is a cultural norm in the Muslim community. The show shines light on a lot of cultural elements such as the focus on family values, the rituals of Ramadan, and Islamic prayers. The cultural authenticity in the writing can be attributed to Ramy Youssef’s personal involvement in the writing process. It can be seen in the minute cultural details that only Muslims would know about: the brown beaded seat cover in the car, the tasbih (prayer beads), and Quran in his cousin’s car, hookah in the house, the common Egyptian dishes such as Baklava and Koshary. The show also has a lot of Arabic dialogue, exactly how a real Egyptian family would realistically have conversations with each other.

The little cultural touches of certain Arabic phrases and Muslim décor may seem inconsequential but hold a deep significance. It indicates that we have finally reached a point where mainstream entertainment is starting to progress towards accurate representation by pushing for diversity in the pre-production hiring decisions as well. This not only helps with the representation of diverse cultures and thought within the United States, but also exposes the audience to a learning opportunity for cultures that they may not have had any personal experiences with.

There is a particular flashback episode dedicated to the aftermath of 9/11 and its effects on middle school Ramy and his Muslim family. There is a scene where Ramy’s dad puts the American flag outside his house to reassure people that their family’s allegiance lies with America. We see Ramy’s friends from school ostracize him, thinking his family had some connection to the people who carried out the attacks simply because they are Muslim. Watching this in the present day is an uncomfortable reminder that things have still not changed for the better, given the current administration rhetoric about Muslims. Such verbiage helps develop an unconscious bias in people, while shows like Ramy aid in humanizing them.

There is a widespread struggle young Muslims go through that many people are not familiar with. They have a different, less absolute view of religion than their parents, which stems from different factors such as growing up away from your country of ethnicity, or growing up in the age of the internet and being exposed to different cultures at a younger malleable age. This leads such Muslim youth to feel lost in life as they try to reconcile their two seemingly mutually exclusive identities. The effects of this can be seen as they start diminishing their cultural identity to be able to fit in, by not being openly expressive of it. Ramy is the first show that has given a clear informed voice to this internal struggle which is so widespread in Muslim youth but is hardly ever talked about.

The storyline revolves around Ramy and his struggle to find himself just as any other 20-something would be going through. He believes in God, but not in the way his parents do. He is also still trying to find himself and who he wants to be in life. All these struggles give rise to a crippling identity crisis and attempt to fill that “hole” with religion, marriage, or career. His internal conflict with his identities leads him to prejudge other people as either intolerant or conservative, which is portrayed in the show by how he makes different assumptions about his white girlfriend and his Egyptian marriage date.

His parent’s expectations are for him to follow the cultural and religious norms of Egypt, while he grew up in America and feels differently. His other Egyptian friends are more comfortable in their identities, although they each interpret it in their own ways. He tries to get close to his religion throughout the show to get closer to his culture and finally finding his identity.

Interestingly, the standout episodes in this series are not the ones about Ramy, but about each of the rest of his family. The episode about his mother’s struggles of being left behind by her family as her kids grew up is heartbreaking and relatable in every culture. His sister’s struggles with her sexuality and being fetishized for her ethnicity are also very honestly written and portrayed. There is an episode that sheds light on his father’s journey; how he left everything he knew behind to come and make a better life for his kids in America. It gives us a raw emotional look into the struggles of immigrants and how hard they work for everything they build in America.

Why Ramy is a groundbreaking show

Muslims have continually been stereotyped and dehumanized for years. The need for representation is now higher than ever. Shows like Ramy pave the way for bridging the gap between what people’s perception of Muslims is vs what they actually are. They give context to Muslim experiences, educate people about the culture, and strip off the stereotype to reveal the more complex personalities beneath. Ramy also talks about how every Muslim does not feel the same way about political issues, as they are all different human beings with different experiences who just happen to be from the same religion/community. The beauty of the show is that while it is heavily influenced by the cultural aspects, its deeper themes are universally relatable to every person. This helps in bringing people of different cultures together and increases their understanding and empathy for each other. While Ramy may seem like a comedy series on its surface, it is so much more than that. And thank you to the makers for that.