‘The Greatest’: Michael B. Jordan to Create Muhammad Ali Limited Series for Amazon 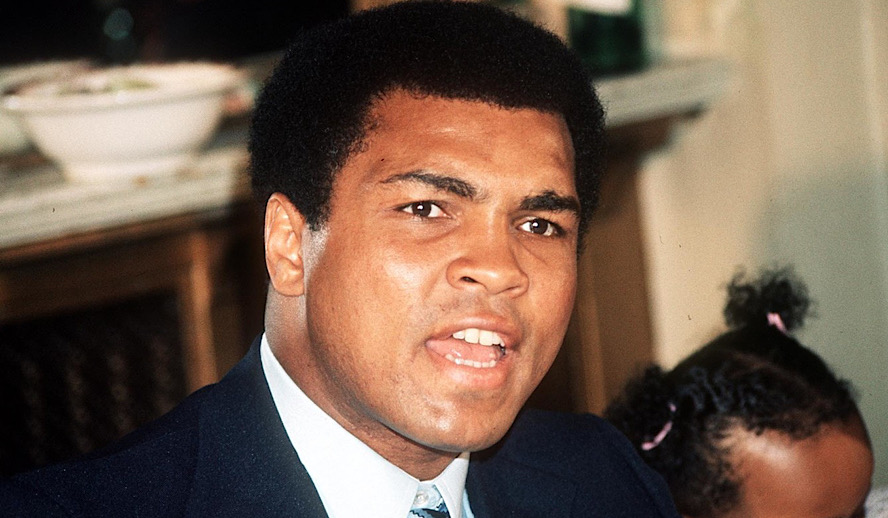 The life of Muhammad Ali will be brought to the screen once more in a limited series thanks to Michael B. Jordan and his partnership with Amazon Studios.

Currently titled ‘The Greatest,’ the series will follow the life of the Hall of Fame boxer and civil rights activist, and according to Jordan, “we’ll be able to get to know him in ways we haven’t had a chance to before.”

The news of the upcoming project was revealed in an exclusive interview with Deadline, where he and Amazon Studios Head Jennifer Salke announced that they will be collaborating to “dive into the life of Muhammad Ali,” among several other projects.

Related article: The Evolution of John Mulaney: The Rise and Journey of the Multil-Talented Stand-Up Comedian

“It’s an incredible honor and I bring tons of respect to it,” the actor and producer said.“It’s a healthy weight to carry, to be able to tell the story of Muhammad Ali.”

Jordan’s Outlier Society will be executive producing, and Jay-Z’s Roc Nation will additionally be lending their support for the “music side of things.” Ali’s estate is also confirmed to be involved with the series. “It’s a project where we’ve partnered with the estate and we’ll be able to tell this story with no red tape,” Jordan said.

Josh Wakely, the creator of Emmy award-winning “Motown Magic,” is set to write the series, and while no one is currently set to play the boxer himself yet, it has been confirmed that it will not be Jordan.

“This is character-driven and compelling,” Jordan said. “People know Muhammad Ali from his boxing days, but this is an opportunity to go beyond the ring, and more into the man. It’s going to give more of a 360-degree view of who he was. And no, I’m not playing that guy, I can say that for sure, and we are still in the early stages here and can’t say too much. We are still putting the pieces together, but it feels like something to look forward to in the future.”

The announcement comes amid Jordan’s larger partnership with Amazon. According to Deadline, he and his production company have made with Amazon Studios “a new deal that has an exclusive overall pact for television,” as well as “a new first-look film deal to produce and acquire elevated films that reflect Outlier’s desire to showcase diverse filmmaking talent for Amazon’s growing original movies slate.”

“There are certain ambitious artists that come in the door and want to work across Amazon, who see the opportunity to positively impact our business and scale their voice across different parts of the company,” Salke said. “Michael was the most articulate on how he could do that very specifically.”

Jordan also expressed his satisfaction with the partnership. “Bringing Outlier Society’s slate of film, television, and multimedia content all under the same roof is an exciting next chapter for us,” the actor said. “Amazon’s global and expansive reach offers us the ability to entertain and engage our audience in innovative ways while maintaining our commitment to supporting a wide range of stories and storytellers.

The deal will not be limited to television and film, however, as the partnership will extend to further collaborations with Amazon and several of its business sectors, including fashion, music, and Audible. We got a glimpse of this during the Super Bowl, where Jordan starred in Amazon’s ad that features him as the sexy voice of Amazon’s Alexa, as imagined by a woman after she spots his face on a bus advertisement for his upcoming film “Without Remorse.” “Alexa’s Body” was reportedly the most-watched out of those that aired during the Super Bowl slot, and received a total of 110.6 million views across Twitter, Facebook, and YouTube.

Outlier Society, which brought us 2019’s “Just Mercy,” in which Jordan also starred, was created by the actor and producer in 2016, with the goal of highlighting diverse stories and voices. Former president of production at Paramount Elizabeth Raposo was recently named president of the production company and will continue to work alongside Jordan to oversee production and development. The company is scheduled to bring a vast slate of upcoming content in addition to the Muhammad Ali limited series, including the film “Journal for Jordan,” directed by Denzel Washington, and “Creed III,” the third installment of the “Rocky Balboa” spinoff series.

In terms of his past work, Jordan is no stranger to the boxing world, as he is known for his leading role in “Creed,” where he stars as Adonis “Donnie” Johnson Creed, the son of famous boxing champion Apollo Creed, who seeks out the mentorship of Sylvester Stallone’s Rocky Balboa. Though Jordan himself will likely stay behind-the-scenes of “The Greatest,” he will be starring in the upcoming film Tom Clancy’s “Without Remorse.” Jordan will play the role of John Clarke, a former U.S. Navy SEAL who uncovers an international conspiracy, and apparently already has his sights set on turning the film into a franchise. Initially scheduled to be released by Paramount Pictures, the film was acquired by Amazon Studios last year due to the pandemic and is set to debut globally on Prime Video on April 30.

Past works about Muhammad Ali

“The Greatest” will be the latest to tackle the life and career of the late legendary boxer Ali, as several films have done in the past. The 2001 biographical sports drama “Ali” starred Will Smith in the eponymous role and delved into the controversial time period of the boxer’s life from 1964 to 1974, earning Smith an Oscar nomination for his performance. Most recently, Regina King’s three-time Golden Globe-nominated “One Night in Miami” stars Eli Goree when Ali was initially known as Cassius Clay, in a fictionalized account of a meeting between him, Malcolm X, Sam Cooke, and Jim Brown to discuss their roles and responsibility of their roles during the Civil Rights Movement. Each work has navigated the boxer’s career and path in different ways, so it will certainly be interesting to see how Jordan and his team will go about portraying the life of the icon.

“I’m really excited about it, as a boxing enthusiast and since this is the world I’ve been living in the past five or six years with the Creed franchise,” Jordan said. “To be able to honor Muhammad Ali and elaborate on his legacy is something I’m really excited about, and I know [Jennifer Salke] and Amazon are as well.”