A Journey to the A-List: The Rise of YouTubers as Mainstream Celebrities 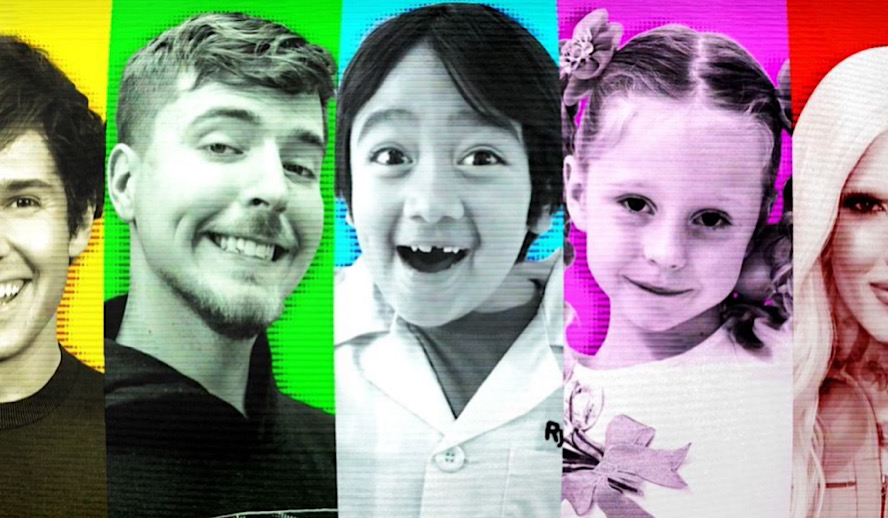 Culture in the 2020s is grounded on social media. Celebrities no longer exist on solely movie screens and magazine spreads, but on Instagram and Twitter. People carry a connection to pop culture with them at all times, right in their pocket. So, it makes perfect sense that celebrities would get their start on social media. Some of the biggest names in today’s music industry were discovered online, with Shawn Mendes gaining popularity on Vine and Justin Bieber on YouTube. Comedians such as Bo Burnham, Kyle Mooney, and Beck Bennett all had YouTube followings before breaking into mainstream media.

YouTube is a breeding ground for celebrity potential. Hundreds of thousands of videos are posted to the site every day, there is bound to be endless talent and star quality. Some creators used their platform to transition to mainstream stardom, but that is not always the case. YouTube allows for the creation of celebrities that exist within the platform. Popular YouTube creators can release content, sell merchandise, go on tours, and have devoted fan bases, just as A-listers do. YouTubers do not need to break away from the platform to enjoy celebrity status.

YouTubers – From Computer Screens to the Silver Screen

Having popularity online has given YouTubers the opportunity to try their hand at other career paths. Acting, along with music, is one of the most popular ventures to pursue. Because YouTubers are already a sort of celebrity, they have seemingly limitless opportunities and acting roles to pursue. Many are only cameos, easter eggs for fans to catch on to, such as gaming content creators appearing in Ryan Reynold’s ‘Free Guy’ (such as Seán McLoughlin, better known as Jacksepticeye); YouTuber Colleen Ballinger appeared as her character Miranda Sings in Disney’s ‘Ralph Breaks the Internet’. YouTubers are recognizable enough to qualify for cameos, often having millions of subscribers (over 28 million for McLaughlin and over 10 million on Ballinger’s Miranda Sings channel) and masses of devoted fans.

Some YouTubers moved past cameo appearances and transitioned to full-time acting, leaving their YouTube careers behind in favor of traditional celebrity status. When Dylan O’Brien auditioned for his breakout role in ‘Teen Wolf’, his resume was just a link to his YouTube channel. Darren Criss first gained popularity when a parody musical ‘A Very Potter Musical’ that he wrote and starred in went viral on YouTube. Stars such as Liza Koshy and Lilly Singh had longer, more notable YouTube careers before they transitioned to acting. In both cases, there was a transition period between being known as a YouTube creator and an actress or television personality.

Some YouTubers decide to continue creating their content even as they move from being famous on the platform to being famous in the traditional sense. Jimmy Donaldson, better known by his online alias Mr. Beast, was among the top-earning celebrities in 2021. The Mr. Beast YouTube channel has almost 100 million subscribers and over 14 billion views. Donaldson’s wealth and influence match that of any typical A-lister, but he has not stepped out of the YouTube bubble. Even while pursuing other ventures such as Beast Burger, a delivery-only restaurant chain, Donaldson continues making YouTube content. He did not need to leave the platform in order to grow into a celebrity, he can have celebrity status and continue posting videos as usual.

Similarly, creators Rhett Mclaughlin and Link Neal, known simply as Rhett and Link, have become celebrities while continuing to post on their YouTube channels. Rhett and Link were pioneers of the YouTuber status, coining the term “internetainers” to describe themselves long before content creators or influencers were mainstream terms. The duo has been hosting a daily morning show, Good Mythical Morning, since 2012 and has amassed over 17 million subscribers. Rhett and Link used their YouTube success to create a media empire, Mythical Entertainment, which produces content for multiple YouTube channels, as well as podcasts, scripted series, and a subscription service. Rhett and Link are in no doubt famous, and even appeared in a Super Bowl commercial in 2018, but they have not left YouTube behind.

Though there are plentiful examples of YouTube creators who continue to post content while exploring other ventures, many YouTubers are able to experience life as a celebrity through YouTube alone. When you think about what makes a celebrity you may think of wealth, public attention, and recognizability. These can all be achieved through YouTube success. Many YouTubers have incredibly devoted fan bases because they are known for their personality rather than their roles in film or television or their music career. YouTube fame can translate to other social media platforms and follow creators in their real lives.

Even while staying on the platform, YouTubers have opportunities that any typical celebrity would have. They are able to pursue other ventures, many choosing to release music or publish books. They can go on tour, which proves that they have large and devoted audiences. The We Are Two Different People Tour, starring YouTubers Danny Gonzalez and Drew Gooden, opened by YouTuber and comedian Kurtis Conner, sold-out venues in dozens of North American locations. The tour content was similar to what one would see in the performer’s YouTube content, demonstrating that they did not need to stray from their content to have successful touring careers.

As social media continues to grow as a part of everyday life, it’s time to reevaluate what makes someone a celebrity. We can no longer dictate fame based on music streams or Oscar nominations. People can have millions of devoted fans but still get overlooked in terms of fame. Fame thrives on social media, where people can be incredibly well known without being talked about in the mainstream press. The internet has been dominating life for decades, but stars who use it as their main platform are still not taken seriously. It’s time to recognize people for their work even if they don’t follow the traditional celebrity route.