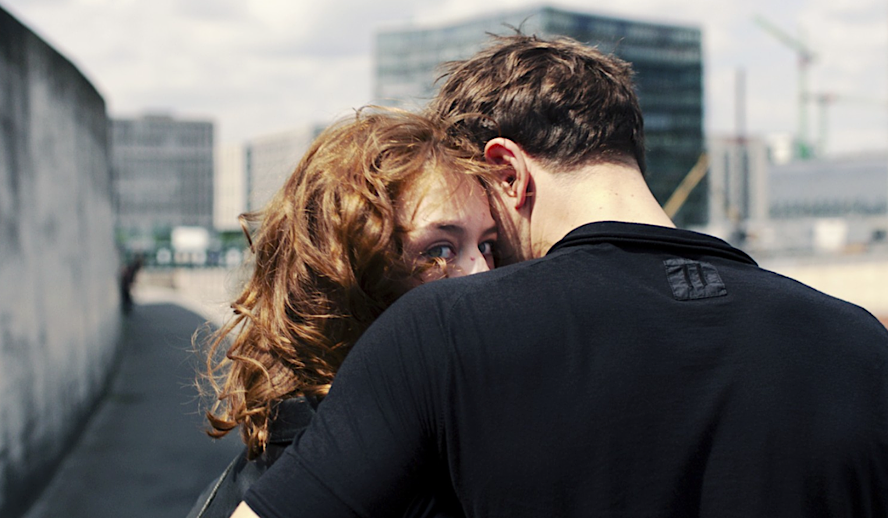 Somehow, Christian Petzold has told a story rich in meaning and layered in characterization that’s concealed inside of a fairly simplistic narrative. Man breaks up with long-time girlfriend, long-time girlfriend is crushed, longtime girlfriend accidentally bumps into her newfound knight in shining armor who sweeps her off her feet and makes her forget about her ex. It’s a tried and true formula remixed in a variety of ways that’s been the basis of at least ten rom coms you can think of off the top of your head. But the simplicity of the film perfectly complements the story’s gargantuan and expansive mythology, as Petzold is able to magically fit hundreds of years of European mythology, and decades’ worth of German history, into an hour and a half film.

When we first meet Undine, the titular character, Undine Wibeau, played by Paula Beer, is in the middle of a breakup. The setup is a very familiar scene straight out of your standard romance flick. Undine sits across from her soon-to-be former lover, Johaness, at a table outside of a cafe. As Johannes twists the knife in their relationship, a distraught and heartbroken Undine tells her ex-boyfriend in an almost polite manner that if he leaves her, she will have to kill him.

After her nonchalant threat, Undine explains to Johaness that she expects her lover to wait outside the cafe until she leaves work so that they can resume their ill-fated relationship. With that, Undine returns to her work duties as a historian, explaining Germany’s rich, lucrative architectural origins to curious customers eager to be a part of Germany’s history.

But once she leaves work, of course, Johannes isn’t outside the cafe waiting for her. As soon as the film begins, Petzold has already framed the legend and myth of Undine with a modern perspective. Undine isn’t mentally deranged, she doesn’t seek to kill Johannes solely out of feelings of betrayal. Unlike most people, who have the luxury of moving on if their significant lover leaves them for someone else, ‘Undine’ tells the story of a water nymph whose whole human existence is solely reliant on finding the perfect lover. Love for another person allows Undine to live among humans on land and earn her soul, but if her lover should dare to leave her, Undine has no choice but to kill her adulterous other half before returning to her natural habitat in the ocean.

The interaction and dialogue between Undine and Johannes is a subtle yet effective introduction to this mythology, with Petzold being a master of the ‘show, don’t tell’ philosophy that all storytellers are instructed to follow since birth. It also further sells the realism of this fantastical narrative. Perhaps in Europe’s early years, where folklore took precedence over science, and witches and devils roamed freely among humanity, Undine’s threat would’ve carried more weight. But in modern times where science and fact reign supreme, Johannes treats the threat with the same level of casual disregard that he abandons their relationship with.

Fortunately, Johannes’ fate is postponed indefinitely when Undine meets Frank Rogowski’s Christoph, a scuba diver with a passion for welding underwater artifacts is enamored by Undine’s presentation and later becomes enamored by Undine herself. While caught up in this newfound romance, hints of Undine’s true background and nature are parsed sparingly throughout the film, giving the audience just enough tidbits of information to piece the puzzle together. ‘Undine’ doesn’t concern itself too much with the supernatural elements of the water nymph mythology, Undine doesn’t display any other obvious connection to the magical realm she originated from. However, this doesn’t mean that the supernatural elements aren’t present, they’re just more implicit than explicitly addressed.

There are many shots taking place inside the belly of the ocean, and with the way Petzold frames these scenes, it’s easy to get the feeling that you’re not only in another world, but in another realm entirely. The ocean is majestic in ‘Undine’. It’s beautiful and serene, the one space on Earth untouched by mankind’s corrupted architecture, and because it’s so liberated in its nature Petzold shoots the ocean like it’s the only area on Earth allowed to maintain its magical wonder. He imagines a fantastical character that has to blend in with the 21st-century world we’ve all come to know by appearing just as modern and common as the people Undine has to interact with on a daily basis. Although this style of storytelling minimizes the supernatural aspect of ‘Undine’, it allows much of Undine Wimbeau’s story to be up to interpretation, which is a surprisingly rewarding and thought-provoking experience.

For ‘Undine’, Less Is Always More

Petzold understands that a good percentage of human beings’ communication doesn’t come from words, they come from body language, an idea that’s on full display in ‘Undine’. Despite Johaness’ life being at stake, and the colorful mythology that the film pulls its inspiration from, ‘Undine’ perpetuates a relatively relaxed atmosphere with a strong undercurrent of tension underneath its calm facade. A lot of what the characters say is through their eyes, especially in regards to scenes involving Christoph and Undine, who spend a good chunk of the film admiring each other whenever the opportunity presents itself. When the characters do speak, everything they say means something, and their dialogue is spoken with purpose.

Paula Beer and Frank Rogowski do an excellent job conveying Undie’s and Christoph’s feelings towards one another in a real, palpable manner that beautifully sells their untainted love. They’re not just making faces or gazing upon each other with googly eyes, they’re conveying more affection and passion through their mastery of facial expressions than they’re able to do with their dialogue. Petzold’s less is more approach also favors ‘Undie’ narratively.

The film doesn’t stop to explain Undie’s origins, it doesn’t impede the narrative’s flow by dumping exposition to make sure the viewer is up to speed. It trusts the audience enough to follow along with the story without lecturing or spoon feeding, giving fans of the film just enough detail for them to unravel the story’s mysteries by themselves, which helps ‘Undine’ move at a brisk pace. It makes use of every minute of its hour and a half runtime and doesn’t waste a single moment we spend with Undine and her lover.

Paula Beer is truly a revelation in Petzold’s movie. She plays Undine with guarded vulnerability, and effortlessly gives off the vibe that she’s hiding an important but burdensome secret every time she’s on-screen. As tragic as Undine is, there are times when she comes across as selfish in her pursuits. And given that the first time we meet Undine she’s threatening her boyfriend’s life, on paper she’s not exactly the kind of person you root for to succeed. But thanks to Paula Beer’s sensitive touch, the viewer may easily find themselves a victim of the water nymph’s charm, vulnerable to her own emotional turmoil and rooting for her love to persevere, not necessarily because it would mean saving a man’s life, but mainly because she would achieve the long-lasting happiness she’s trying to achieve.

In less capable hands, Undine might have come across as a villain, but thanks to Paula Beer, and her ability to take advantage of Petzold’s beautiful and three-dimensional writing, Undine is more of a sympathetic, gentle figure that I couldn’t help but fall in love with. Beer finds a worthy dance partner in Franz Rogowski, who plays Undine’s newfound lover with passionate, heartfelt conviction that nails the romance’s legitimacy. Rogowski’s Christoph is brimming with modest confidence, which is a nice contrast to Undie’s own insecurities, but has a sensitivity to him that perfectly matches Undine’s.

It’s a sensitivity that Jacob Matschenz’s Johannes intentionally lacks and further credits Rogowski’s Christoph and Beer’s Undine as soulmates in the making. Matschenz plays his role as the negligent ex-boyfriend well enough. Although his screen time is minimal, Matschenz, through sheer acting prowess, is able to reveal enough about his character that he comes off as more than a typical ‘jerk’ ex-boyfriend. He’s not as sympathetic as Undine or Christoph, but Matschenz gives Johannes enough personality to slightly rise above a stereotype he was dangerously close to being pigeonholed in.

‘Undine’ is a unique spin on a familiar love story with plenty of heart and intrigue. It subverts expectations, and encourages the viewer to pay close attention to detail if only to add to the immersive viewing experience. With its mesmerizing two stars and its powerful message, it’s a film not only worth checking out, but worth repeated viewings and heavy discussion long after the credits roll.