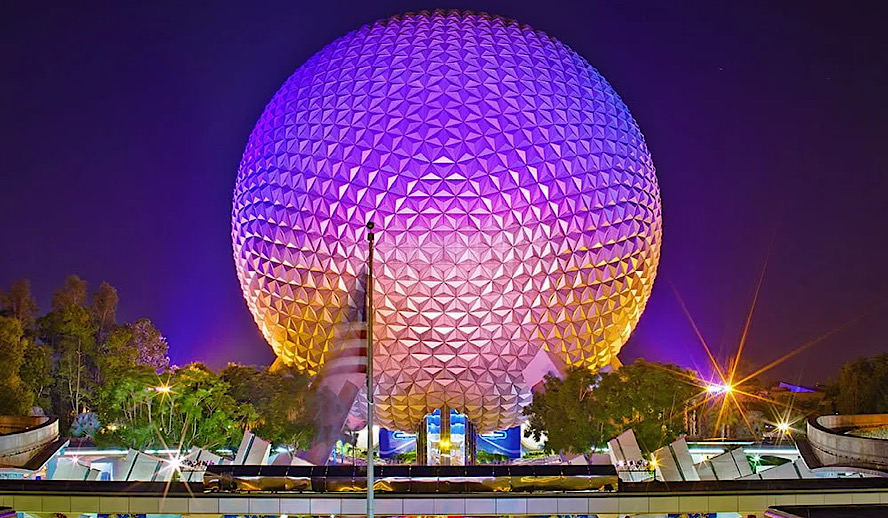 Ah EPCOT, the one park in Disney World’s offerings that doesn’t slam visitors with a fistful of fairytales and kiddy rides. The most sophisticated of the Disney parks where you can learn about Japanese culture, sample food from across the globe, and throw your refuse into a talking garbage can all in one trip. EPCOT was the first area that Walt Disney had planned in what eventually would become Disney World, so it all began with a man, a mouse, and a plan for a creepy “utopian” society.

Disneyland Wasn’t Enough for Walt: He Wanted a Place That Was Completely Separate from the Rest of the World

Things were looking pretty good for Walt Disney and his company in the mid-50s. The production company was churning out movies destined to become animated classics. Disney merchandise was flying off the shelves. Walt had even opened up the first Disney theme park, unlike anything of its kind. Disneyland was no doubt a success, but Walt was still dissatisfied. The park was only separated from the highway by a metal fence and tourist traps were popping up left and right around the park. Walt had envisioned a theme park where guests could enter and forget about the real world. How can guests get lost in a world of magic and whimsy when they’re right across the street from a Shell station? So Mr. Disney came up with a plan to remedy this.

He began laying out the blueprints for his own Experimental Prototype Community of Tomorrow, or EPCOT for short. It wouldn’t be a theme park but a self-sufficient town that would have everything the townspeople needed to go about daily life so they’d never feel the need to leave the magic of Disney. And just to be sure of it, Walt included in the blueprints a dome around the city to keep people in. You know, the entire plot of that horrifying Stephen King novel. Also The Simpsons Movie. The Simpsons Movie deserves some credit here too.

Walt’s plans for EPCOT were eerily reminiscent of company towns.

Doesn’t sound creepy yet? Let’s take a step back in time to the 1800s during the industrial revolution. The US was exiting out of those awkward adolescent years shortly after the revolution. How to analogize this? America was a cute little start-up Amazon Books of a country and was slowly but surely growing into the Amazon Prime of a nation it would soon become. Gradually, this led to a new and dangerous type of community starting to pop up in America.

A company town was a community made just for the workers in a certain company, let’s call it Company X for simplicity’s sake. Company X would start-up a self-sufficient town, let’s call it X town, for its workers with everything they’d need in life: schools, grocery stores, banks, etc. Sounds pretty convenient at first glance. The problem was that everything in the town was owned by Company X. So townspeople had no choice but to buy all their goods and services from Company X.

Even worse, the company wouldn’t pay its workers real money, instead opting to pay them with company currency, let’s call it X Bucks. This glorified monopoly money was only valid within X town. This meant that the workers were effectively stuck in X town forever. They can’t leave because they don’t have any real money. I can’t describe the feeling of hopelessness of being trapped in these towns better than this song by Tennessee Ernie Ford.

Walt Disney didn’t specifically have a company town in mind when he envisioned EPCOT, but his plan for the town was almost a shadow of this nightmare from the industrial revolution. Disney legally had to pay employees with real money but every adult in the town was required to be employed. And since, as mentioned before, in the blueprints Disney had his town encased in a giant dome, it would be pretty hard to get a job outside of town. And in order to keep the Disney magic in the town alive, guess what company would have to own all the stores in town.

You may be hung up on the fact that I said earlier it would’ve required that everyone in town was employed. What happens if a townsperson retires? It wasn’t mentioned specifically in Disney’s plans what they’d do with the old folks in town, but being that executing them would’ve been illegal and probably pretty bad for Disney PR, the retired seniors would’ve most likely been kicked out and banished from the town medieval style.

The Sequel to the Original EPCOT plan

Walt’s plans fell apart when he realized a BA in cartooning didn’t qualify him to run a town, much less a dystopian society. So the idea of the Experimental Prototype Community of Tomorrow was scrapped and EPCOT turned into an on-brand Disney theme park complete with all the rides, attractions, and $8 soft pretzels we know and love.

It wasn’t until years later, after Walt Disney’s death, that plans for Celebration, FL were announced. Celebration was like Diet EPCOT. There was no dome around the community keeping people and the “Disney Magic” in. There was no banishment from town if you couldn’t work. But it was still a town owned by the company that makes dreams come true. Sounds much better, right? Well…

People lined up to buy property in Celebration and demand was so high that Disney had to use a lottery system to determine who could have the privilege of paying Disney almost $400,000 so they could own a lot of pure Disney magic in Celebration. Except right away, homeowners started noticing something fishy. There were very specific rules on how the homes had to look in order to preserve that “small town” feel Disney wanted EPCOT to emanate. It was so specific. For example, all the front doors on houses needed to be identical; because it couldn’t be small-town USA without perfectly conforming doors.

Resident’s compared this uniformity to the “too-good-to-be-true” vibes of the town in ‘The Truman Show.’ Celebration has gotten significantly better since Disney sold it to private investors in the early 2000s but early residents of the town described living in it as being almost eerie. Everything in town was owned by Disney and everything in it was meant to keep up the facade of Disney magic. This meant you’d have to drive out of town to refill your car as gas stations were deemed to ugly to be on Celebration property. Every store in town was owned by Disney to prevent anything “not magical” from getting in.  This is why the town had to be sold off, it was just too Disney for even the biggest Disney fan’s tastes.