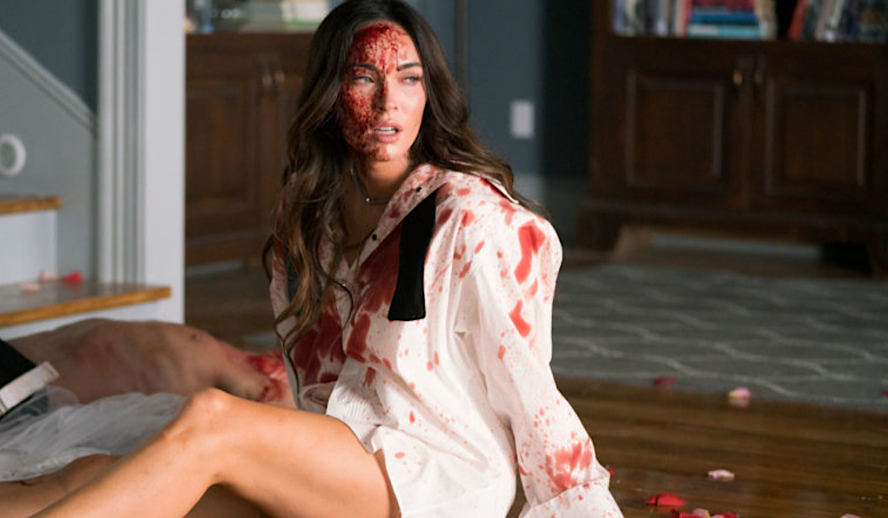 I will admit by stating that when I hear the name Megan Fox, the first thing that comes to mind is an incredibly beautiful actress with a list of famous movies to date. However, it was just a few days ago that I realized I had never actually seen a Megan Fox film, as crazy as that sounds. That’s right, I’ve never once watched ‘Transformers’ and also have failed to see her famous performance in ‘Jennifer’s Body’, but this all changed when I watched her new thriller ‘Till Death’ which recently premiered July 2, 2021.

Fox plays Emma, a failed photographer, and wife to an incredibly wealthy (and menacing) lawyer, Mark (Eoin Macken), where the two have been stuck in their unhappy and unfaithful marriage for ten years. What I feared to be a monotonous storyline, quickly proved me wrong by showing that this movie was going to be different. Mark takes Emma to their secluded lake house for their tenth wedding anniversary, isolated and snowed out from the rest of the world. Without giving away any spoilers, I was deeply immersed just 25 minutes in when the first turn took place, leaving Fox’s character handcuffed to her dead husband.

Left without the key to the handcuffs, Fox is forced to drag the bloody body around the huge frigid house as she searches for her cell phone, car keys, weapons, or just about any tools she can use to escape her terrifying situation. As if things can’t get any worse, two dangerous men seeking revenge and money show up who we later find out to be hired killers that won’t leave until she too is dead. Fox’s acting chops prove she is a force to be reckoned with as she fights for her life in this eighty-minute flick directed by S.K. Dale in his directorial debut for a feature-length film and written by Jason Carvey (‘A New Wave’).

I have the habit of always trying to figure out just exactly how certain elements of a film are made or, pulled off, might even be the better term for it. In this movie, curiosity got the best of me and all I could think about as Fox’s character struggled to survive all while dragging the weight of her dead husband along with her was: how exactly did they manage to film this? After some research I collected that Fox did not cheat her way through this and in fact bore the weight of an actual man each day of filming. It was not a doll or life-life dummy, in fact, it was an actual stuntman that she lugged around who also happened to be naked.

Fox spoke to Yahoo! on this topic in an interview stating, “I’ve done a lot of physical films, a lot of stunt-heavy films, a lot of films with explosives and things like that, but I haven’t ever just bore the weight of an actual human body, like a grown man that I carried around all day, every day, which I did do on this. At first, I was like, ‘This is easy, it’s a great hamstring workout, I’m going to get through it, it’s not going to be a problem.’ But then by the end, I was exhausted. I didn’t realize how tired I was at the end. I was wrecked after this.” With a wrist bloody, chaffed, and bruised, which she showed in a graphic scene from the film, it was apparent that her struggles were in fact real and not in any way put on. It was fascinating to watch Fox’s character try to save herself while literally carrying an extra burden along with her.

A Rocky Start to a Solid Finish

Within the first ten minutes of the movie, I will truthfully admit I wasn’t sure if I was going to last. From a real horror/thriller connoisseur, it was sprinkling bread crumbs that led me to believe it would be just like tons of other thriller films I have seen in the past. With a dull start, and soap-opera-like acting, I feared it to be a tale as old as time in which a couple is unhappy in their stale marriage so the husband takes his peeved wife to a secluded house for a weekend getaway to add a bit of spice back into their lives and from there on all hell breaks loose. Viewers can’t argue that this storyline has been done many times before. A few examples that come to mind are ‘The Strangers’, ‘Held’, and ‘Gerald’s Game’. I will say however I was greatly surprised that this didn’t turn into the film I assumed it would be.

There was a very clever turn that took place in the first quarter of the film that held my attention throughout, forcing me to finish just to see if and how Fox’s character could manage to escape her deadly situation. When it is first revealed that Emma is handcuffed to her dead husband, I was excited to see him dead due to his controlling and even abusive nature toward his wife, but also intrigued because I knew there was much more to the story as the circumstances began to unfold. While at times this film was unrealistic, it was certainly entertaining and refreshing with a straight-to-the-point runtime of only 1 hour and 28 minutes. I can also now assure you that I am a fan of Fox and have high hopes she will continue to add horror and female empowerment films to her repertoire.

‘Till Death’ is now playing in theaters and on-demand. Fox currently has 2 completed films, and 2 others in the post and pre-production stages.