A Tribute to Johnny Depp: The Actor and Musician Who Defined Range 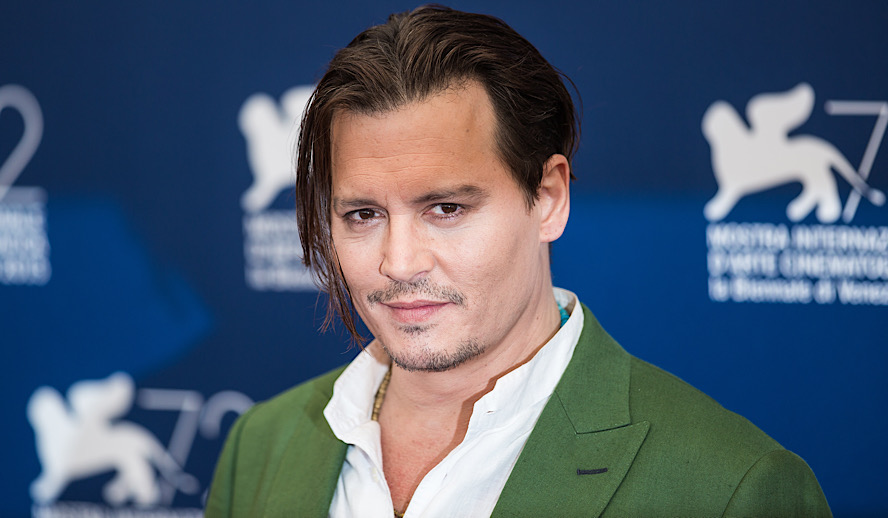 Note to all readers: This is the one and only article that focuses solely on Johnny Depp and his amazingness, you will not find any mention of the ongoing trial or the person that has tried many fake allegations to ruin the icon that is Depp. Enjoy reading this tribute to our Johnny Depp.

Whether he defined your childhood, or became known as the biggest teenage heartthrob of your high school years – it is hard to imagine a life without at least a little influence from Johnny Depp. An icon of the artistic horror genre through his involvement with filmmaker Tim Burton, and the drunken Captain that stole our hearts in one of the highest-grossing film franchises of all time – Johnny Depp remains one of the most memorable players in Hollywood. Critically acclaimed for his immaculate artistic range and adored by audiences worldwide, this actor and musician deserve every ounce of praise aimed his way.

With big dreams and little to lose, 16-year-old John Christopher Depp dropped out of high school and moved to Los Angeles in pursuit of a music career with his band ‘the Kids’. Depp struggled quite a bit in his music career but kept his eye on the prize. That is until, in 1983, he married makeup artist Lori Anne Allison. By a strange string of fate, Allison happened to count actor Nicolas Cage as a friend. This connection eventually led to Cage securing an audition for Depp with director Wes Craven. In ‘A Nightmare on Elm Street’, Depp made his film debut as a teenager being eaten by his own bed – the rest was history.

Depp’s first major role landed him in the shoes of Officer Tom Hanson, an undercover cop of the cult classic TV series – ‘21 Jump Street’. Joining the show in 1987, Depp established quite the reputation as the teenage heartthrob of the decade. Reportedly, Depp was not fond of the title. The character of Tom Hanson was an undercover cop who often disguised as a teenager to bust troubled youth in high schools and colleges. This “bad boy” persona followed Depp for three years, until he left the show in 1990 to work with John Waters and Tim Burton. After experiencing the unbeatable range of the actor, Hollywood would never be the same.

‘Edward Scissorhands’ began quite the string of partnerships between Johnny Depp and Tim Burton in 1990. Grossing over $85 million at the box office, ‘Edward Scissorhands’ was a massive success and quickly gained cinematic icon status. The role of gentle Edward shone a light on Depp’s irreplaceable talent and energy, landing him lead after lead in Burton films – which eventually earned the actor an Oscar nomination for his role of Sweeney Todd in the 2007 film ‘Sweeney Todd: the Demon Barber of Fleet Street’. Depp’s other involvement in the Tim Burton library includes the 1994 film ‘Ed Wood’, the 1999 adaptation of ‘The Legend of Sleepy Hollow’ – ‘Sleepy Hollow’, the 2005 adaptation of ‘Charlie and the Chocolate Factory’ – ‘Charlie and the Chocolate Factory’, and the 2005 stop-motion animation ‘Corpse Bride’.

In 2003, Johnny Depp made his debut as Captain Jack Sparrow in ‘Pirates of the Caribbean: the Curse of the Black Pearl’. The role quickly climbed up the ladder of Depp’s most iconic performances. He truly was the perfect fit, and critics agreed, the film becoming the source of his first academy award nomination. The performance was electric and truly unhinged which only cemented the industry’s understanding of Depp’s range. Audiences also began catching onto Depp’s phenomenal performances, connecting the dots between some of their favorite characters – all roads lead to Johnny Depp.

Funnily enough, the sheer versatility of the actor made his roles hard to track for many casual viewers. As of recent an audio sampling of Willy Wonka (portrayed by Depp) from ‘Charlie and the Chocolate Factory’ has gone viral on the social media platform TikTok. The audio features Depp saying “good morning starshine, the Earth says hello” – one of the reasons behind this line’s trending status is due to the fact that fans are in absolute disbelief that the voice they are hearing belongs to Depp. However, it’s hard to imagine a person who wouldn’t know the voice of Captain Jack Sparrow, all thanks to Depp’s beyond memorable performance.

Throughout his prospering acting career, Johnny Depp never gave up on music. Before forming the ‘Hollywood Vampires’ with Joe Perry and Alice Cooper in 2015, Depp made quite a few guitar cameos. These include collaborations with Iggy Pop, Aerosmith, and the Black Keys.

A new film, the title and plot of which is yet to be revealed, will begin filming this summer – allegedly starring Depp as King Louis XV.

A large part of Depp’s success can be attributed to his considerate nature. Many colleagues and co-stars cite Depp as going above and beyond for their comfort and safety. Of course, his unmatched talent has certainly made an impact on his career, though there is no denying that it is very hard to get anywhere when people do not enjoy working with you. Luckily, Depp’s outgoing and bright personality has followed him throughout his career, possibly opening doors that talent alone couldn’t. Truly, Hollywood has been immensely lucky to experience the rise and success of Johnny Depp. A simply phenomenal actor and kind human with a trunk full of personal experiences that only fuel his respectful approach to others. Forever one of the greatest cinematic icons of our time, Johnny Depp deserves to be known as more than a good actor. Putting his heart and soul into his performances both on and off-screen, he is the final puzzle piece to the productions that made our lives just a little brighter.