‘Love, Victor’ Season 3: Finishing the Series Stronger than Ever 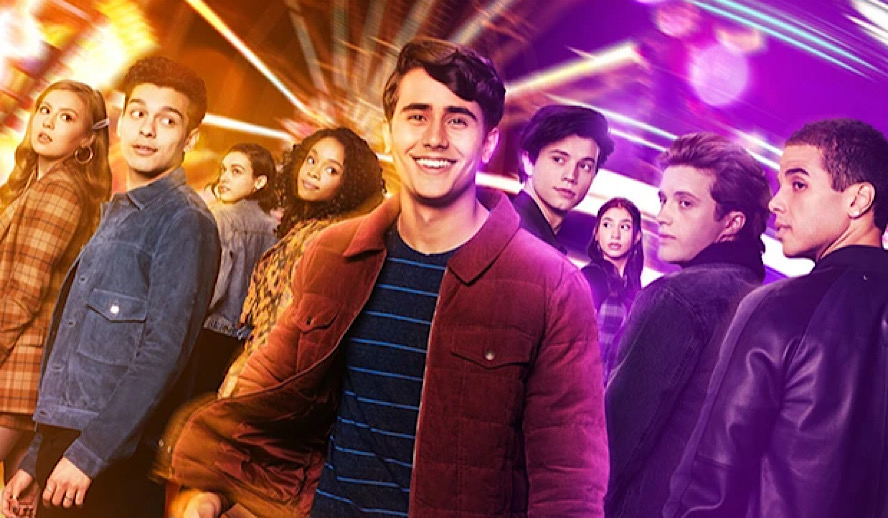 “Love, Victor” is a series based on the 2018 film “Love, Simon”, which was adapted from the 2015 novel “Simon vs. the Homo Sapiens Agenda”. The show had been through a bit of a journey before it even aired, and the journey only began there. The first two seasons of the series were filled with drama, emotion, and heart, but the two don’t even hold a candle to the events of season three.

Background: What is “Love, Victor”?

The novel “Simon vs. the Homo Sapiens Agenda” is about a teenager named Simon living in the fictional town of Creekwood, Georgia. The novel and its adaptation “Love, Simon” follow Simon Spier (Nick Robinson) as he begins an email correspondence with another student at Creekwood High, bonding over the fact that they’re both gay and closeted. They confide in each other and fall for each other along the way, finally getting together after plenty of family conflicts, friendship drama, and, unfortunately, a forced outing.

“Love, Victor” brings us back to Creekwood, just a few years after Simon graduated. Victor Salazar (Michael Cimino) is new in town and struggling to find his place and figure out his sexuality. After hearing Simon’s story, Victor reaches out for guidance. With Simon’s advice and a whole lot of trial and error, Victor found great friends, a boyfriend, and comfort in his identity. But things were far from smooth sailing. Unlike Simon, Victor deals with being Latino and having parents that were not raised to be accepting. There were plenty of obstacles that Victor needed to face on his own.

Where Did We Leave Off?

Season two of “Love, Victor” left on a massive cliffhanger. While dancing with his friend Rahim at his ex-girlfriend Mia’s father’s wedding, Victor is seen by his boyfriend Benji (George Sear). Although Benji and Victor were taking a break, Benji felt betrayed because Rahim was also gay, and it seemed the two were on the way to becoming more than friends. The end of the season two finale left Victor knocking on somebody’s door, but we didn’t know whose.

But that wasn’t the only ‘who will they pick?’ cliffhanger. Victor’s best friend Felix (Anthony Turpel) was experiencing a similar conflict. Felix had separated from his girlfriend, Lake (Bebe Wood), after Lake sought help for Felix’s mother’s mental health, against Felix’s wishes. However, after encouragement from his mother, Felix was ready to repair the relationship, but it wasn’t that easy. While separated from Lake, Felix confided in Victor’s sister, Pilar. At the end of season three, it appears that Pilar might be who Felix really wants to be with.

Victor chooses Benji in the season premiere, but things don’t exactly go to plan. Benji has been dealing with alcoholism and is sent to rehab, where he learns that it’s best to avoid emotional triggers, including Victor. So, Victor has lost his boyfriend, and his best friend as Rahim is hurt that he wasn’t chosen. Fortunately, this offers Victor a period of self-discovery, where he can experience being out and single, which he has never been, and date freely.

Meanwhile, Felix has chosen Pilar, but the pair must keep their relationship a secret as Pilar worries that her father will not approve of the relationship. Felix is hurt because he has a great relationship with Pilar’s entire family, Victor’s best friend, and he’s forced to confront the fact that Pilar comes from a different background than him. The couple goes through classic high school experiences, including awkward interactions with exes, hesitancy surrounding sex, conversations about birth control, and many more.

The Highlights of the Season

The first two seasons of “Love, Victor” could struggle with feeling too cheesy or over the top in its storylines, but season three took a more serious approach, and it worked well for the show. The conflicts in Victor and Benji’s relationship were unavoidable this season, as they were forced to confront the issues that caused Benji’s relapse. Although we’d been rooting for Victor and Benji for the previous two seasons, it became clear that their relationship wasn’t healthy and they needed time apart. Confronting the problems in their relationship was a mature direction for both the characters and the writers to head in.

Felix and Pilar’s relationship was strong as well. Personally, Felix and Lake are my two favorite characters, so it was a relief that I continued to root for them even after they separated. The buildup to Felix and Pilar getting together lasted much of season two, so the payoff worked extremely well. Lake also found herself in a new relationship, with a relatively new character, Lucy. Lake’s sexuality had never been a plot point before. It was refreshing to see a female character embrace her sexuality so immediately, without needing to make same-sex attraction a spectacle. She transitioned smoothly into her relationship with Lucy.

The more mature tone of the season continued in other plot points, including Rahim facing his extended family from Iran and needing to go back in the closet. Additionally, there is a brief plot surrounding STIs, in which Victor responsibly goes to a sexual health clinic immediately. More plots about religion, race, marriage, and other concepts work best when tackled in a more serious, mature setting.

Season three of “Love Victor” is its strongest. If there were an ideal time to end the series, this was it. It was helpful that the creative team knew that the third season would be the last, meaning each plot could be wrapped up with care rather than the show being canceled with loose ends. Coming from a few different source materials, it took “Love, Victor” a while to figure out its role and purpose, but it all paid off when it hit its stride.