‘The Truman Show’ and the Pervasive Nature of Media: Why Jim Carrey’s Classic Says a Lot About TV 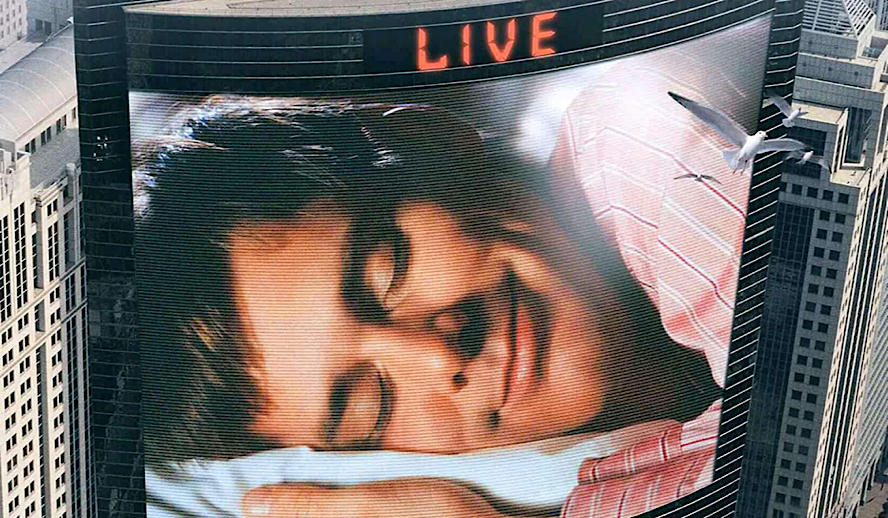 ‘The Truman Show’ is a film that stands the test of time. It has an absolutely incredible performance from Jim Carrey, the cast is at the top of their game, and the concept is truly one of a kind. A man trapped in a TV show sounds like a silly concept, but Andrew Niccol’s poignant writing elevates this film to a whole other level. As science-fiction films go, this 1998 classic is truly prophetic, with its portrayal of society and reality television being not too far off from what we are seeing in the present day. Everything about this film showcases the effect that TV has on people, and its portrayal of this is scarily accurate. With the rise of reality television in the late 90s and 2000s, ‘The Truman Show’ has a lot to say about our love for peeking into the lives of strangers and it speaks volumes for the state of TV today. Let’s take a deep dive into the crazy world of this film and its correlation to the live entertainment we have now.

A Quick Recap of ‘The Truman Show’

For those who haven’t seen the film, ‘The Truman Show’ follows a man named Truman Burbank (Carrey) who has lived his whole life in the public eye without ever even knowing it. Adopted by a television studio at birth, he is the main star of the hit reality television show “The Truman Show”, which follows every moment of his life. He lives in his hometown of Seahaven, which is actually a gigantic set, and interacts with his neighbors and other strangers around him, who are all paid actors hired to make the show more real.

All of this is puppeteered by a man named Christof (Ed Harris), who’s the show’s creator and executive producer. He controls almost every aspect of Truman’s life, from the weather and the environment around him to even his love life and who he will marry. Truman is completely unaware of all of this, living a carefree life as an insurance salesman who has no desire to leave Seahaven. By his 30th birthday, Truman starts noticing strange details in his world, like a spotlight falling from the sky or radio broadcasts that detail his every move. Soon, he begins to realize that his whole life is a television show.

The movie explores a lot of deep topics, such as privacy and the power that the entertainment industry has on its audience. It’s a fantastic film to analyze because its predictions of a world run by television aren’t entirely fantasy anymore. Now, society’s obsession with digital media isn’t anything new in science fiction or in film and television, but ‘The Truman Show’ portrays it in a way that feels different than most interpretations. Director Peter Weir doesn’t portray this in some high-tech, slick, sci-fi world of the future. Instead, he keeps things grounded. All of the spectators watching Truman’s life are all in bars or at work, or even at home like the one-man watching the show from his bathtub. Even if those scenes are usually played for comedy, it makes the film feel more realistic, as if this type of thing could happen in the present.

“Reality” Shows in Our Lives

That’s the scariest part about ‘The Truman Show’. It feels entirely plausible, like something that could happen in real life. Now in the present day, reality shows are more popular than ever, with shows like ‘Big Brother’ or ‘Survivor’ being staples of primetime television. I mean, it makes perfect sense. Watching real people bond and fight with each other makes for entertaining TV. That’s why ‘The Bachelor’ and ‘The Bachelorette’ are so popular these days as well. We love watching real people live their life, earning that fairy-tale ending by finding “the one”. That’s how these types of shows rope their viewers in, by making them feel as if they are a part of the experience, like they’re watching real people do real things.

But as most people know, it’s not. A lot of what you see is fake, beefed up by editing or producers persuading cast members to stir up drama. It’s all there just to make a good story out of real people. That’s how it is in ‘The Truman Show’ as well, as Christof casts people to play friends or family in Truman’s life. They aren’t really his family, but they’re paid to act like it for the narrative purposes of the show. It makes Truman more likable as a family man and Christof knows that. But what really makes reality TV really so addicting to the masses is that it holds some truth, even if it’s based on false relationships. Truman still believes (in the beginning, at least) that his wife and friends are all real people, despite them being actors. It’s just like how some of the cast members of ‘The Bachelorette’ are genuinely looking for love. Audiences can pick up on that and it makes the shows much more engaging to watch. Christof knows this in ‘The Truman Show’ and that’s why the show is so successful in the film.

Finding the “Real” in Reality Television

‘The Truman Show’ predicted the rise of reality television, and that’s what makes its concept feel so timeless now. Jim Carrey perfectly plays the role of Truman and he sells the “real” aspect of the show. The popularity of Truman Burbank as a character shows the power that the media has over people’s lives. Through the television viewers watching the show, we see that they own “Truman Burbank” merch, or they cheer when hearing him say his catchphrase: “In case I don’t see you, good afternoon, good evening, and goodnight.”. When Truman asks Christof at the end if anything about the show was real, he tells him, “You were real. That’s what made you so good  to watch.”. He is the reality of reality television, and that’s made him such a good protagonist.

Even when the show finally ends at the end of the movie, the audience cheers before changing channels to find something else to watch. ‘The Truman Show’ treats its audience members as if they’re mindless, looking to seek satisfaction in their lives over film and television. I don’t know whether that’s a true reflection on people who are glued to their TV screens or just an analysis of the addictive aspects of media, but either way, it speaks a lot about people’s demand for “real”-ness in entertainment. ‘The Truman Show’ as a film is a great example of the effect reality television has on people and how we look for satisfaction on our small screens.