Why Did ‘The Bachelor’ Take 18 Years to Cast its First Black lead? 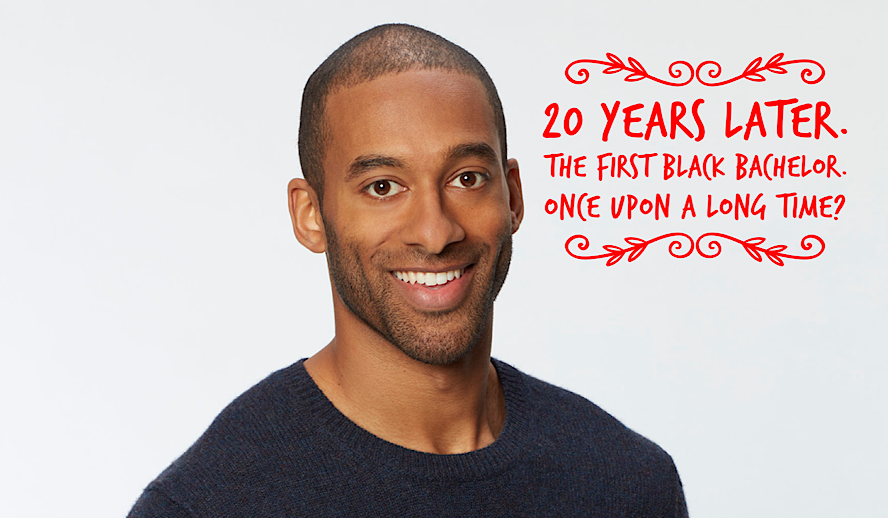 The short answer is simply: BIGOTRY AND PREJUDICE. Done. Now let’s move on to the full story.

28-year-old Matt James has been cast as the first Black Bachelor for the 25th season of the show set to air next year. This announcement marked an important and necessary step towards diversity that the high-rated television franchise has strongly lacked over its numerous seasons and spin-offs since it premiered in 2002. Kaley Burke, the president of ABC Entertainment, addressed the necessity of diversifying the franchise in a statement made on June 19.

“We know we have a responsibility to make sure the love stories we’re seeing onscreen are representative of the world we live in and we are proudly in service to our audience. This is just the beginning and we will continue to take action with regard to diversity issues in this franchise. We feel so privileged to have Matt as our first Black Bachelor and we cannot wait to embark on this journey with him.”

Matt James was previously set to be on Clare Crawley’s upcoming season of The Bachelorette, but filming was delayed due to the coronavirus pandemic.

“Matt has been on our radar since February, when producers first approached him to join Bachelor Nation, as part of Clare’s season” Burke said. “When filming couldn’t move forward as planned, we were given the benefit of time to get to know Matt and all agreed he would make a perfect Bachelor.”

Previous Seasons: Issues with Diversity and Rejecting a Black Bachelor

The casting announcement followed a strong urge for more diverse contestants from former staff as well as fans who had been calling on show executives to make the casting process more inclusive and to allow for more diversity. A Change.org petition, “A Campaign For Anti-Racism in the Bachelor Franchise,” was signed by thousands of fans and Bachelor alum including Season 21’s Nick Viall, and called for a black man to be cast as the lead for Season 25 as well as for black and Indigenous people of color (BIPOC) to be embraced and hired both on and behind the scenes.

Former Bachelorette Rachel Lindsay was particularly vocal about the issue and has been in terms of the lack of diversity on the show, as she recently threatened to cut ties with the franchise if they did not fix their diversity issues. She has been the franchise’s only lead of color in all 18 years of the show’s run, a factor that has garnered a massive amount of valid criticism. And while Lindsay expressed her satisfaction with the fact that James is the new lead, it is clear that she still expects more from the show and network.

“Congrats to Matt James. I am happy to see that a black man was cast after 18 years and 40 seasons. I believe it is a step in the right direction,” Lindsay said on Twitter. “I would be remiss to not point out that based on the current climate, it feels like a knee-jerk reaction and a result of societal pressure. This announcement, without any further commitments regarding diversity, sweepingly brushes deeper issues under the rug.”

Lindsay’s point is quite justifiable, as it is somewhat unfathomable that among 40 total seasons she has been the sole black person in the titular spot. The show has attempted to diversify among those competing for the Bachelor’s or Bachelorette’s affections, as seen most recently in the contestants of Peter Weber’s season, but it continues to be problematic that they never make it past a few rounds and are never seen in the final three spots. Weber’s casting was controversial within itself as he wound up beating Mike Johnson for the spot, who was a fan favorite and a would-have-been first black lead.

Despite this, ABC executive Rob Mills, who oversees the network’s unscripted shows including the Bachelor franchise, said that casting James had been in the works prior to both the Black Lives Matter protests spurred by the death of George Floyd and Lindsay’s criticism of the franchise.

“It wasn’t a response to that. We could have made this announcement earlier or later,” Mills said. “Certainly no one is blind to what is happening in the world, so hopefully this announcement serves as a bit of optimism during a time that we can really use this. But I don’t want this to look like we’re patting ourselves on the back or taking a victory lap. We don’t want this, in any way, to seem like a cure-all and seem like, ‘Hey! Look what we did here!’ We know this is a few grains of sand in a very big hourglass. It’s taken a while to get where we are and we will continue to go further, and I acknowledge it may not be enough. In the last few years, I believe it’s gotten better and with the announcement of Matt, I hope it keeps getting better. We are very excited about Matt.”

Related article: Did you see the hidden messages in ‘Call Me By Your Name’? Find out behind the scenes facts in the full commentary and In-depth analysis of the cinematic masterpiece – LGBTQ Films

Mills maintains that the franchise will unequivocally uphold its commitment to diversity after James’ season wraps and that they will continue to ensure on-screen representation within the series. “Everyone agrees we can be doing better and we will work to do that,” he said. “I do think there have been some strides made — small and maybe not enough, but there has been a commitment and that will continue.”

Moving forward and beyond the first Black Bachelor in 18 years

“We are excited to move forward with both Matt James as the new Bachelor and Clare Crawley as our next Bachelorette,” said The Bachelor’s executive producers in a joint statement. “We acknowledge our responsibility for the lack of representation of people of color in our franchise and pledge to make significant changes to address this issue moving forward. We are taking positive steps to expand diversity in our cast, in our staff, and most importantly, in the relationships that we show on television. We can and will do better to reflect the world around us and show all of its beautiful love stories.”