Success Stories of Nepotism in Hollywood: The Coppolas, The Derns, The McDormand and Coens 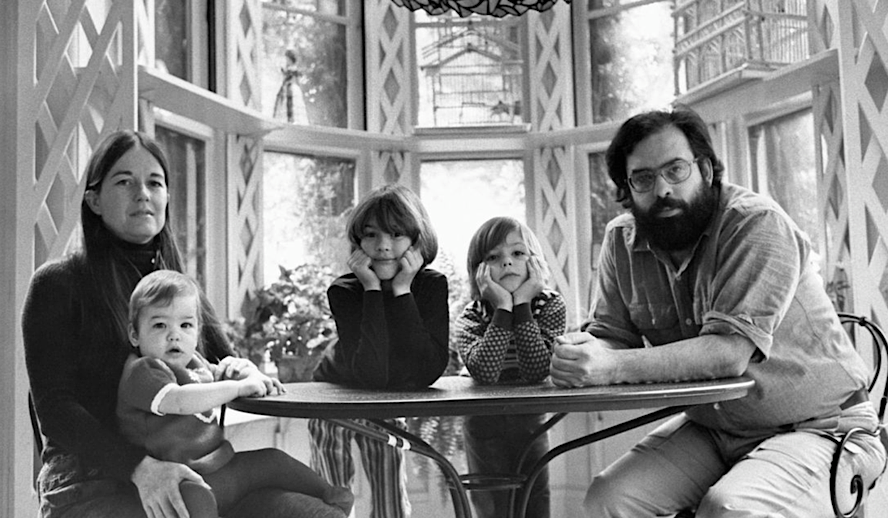 Perhaps the most overused saying about Hollywood, other than “that’s showbiz”, is the condescending favorite of your grandparents and uncles when they ask how your endeavors to make it in the industry are going: “It’s not what you know, it’s who you know.” While it would be great to brush them off as simply boomers, one of the reasons the statement is so irritating is that it is true. In an industry based on collaboration, friends, family, distant relatives, and random guys you met at a party once are all invaluable. This is frustrating to anyone who has no familial background in film or comes from a family for whom working in the arts is seen as a luxury they cannot afford.

It’s true that nepotism has led to some definite disasters in Hollywood both on and off-screen. But putting aside all the negativity that the word itself is associated with for just a minute, there are a few instances where relations, either by blood or marriage have led to some seriously brilliant work impossible to distinguish nature from nurture when it comes to artistic talent. We find ourselves asking the following questions: would good work have come from these people had they not been associated with their famous association? Why or why not? Because we wouldn’t know about it or they would not have the background and upbringing needed to produce such good work? Is it their fault? While these are all valid thoughts, sometimes they are unanswerable. Questions aside, here are a few instances where nepotism has actually served a useful purpose.

When Nepotism in Hollywood Works:

We will start with the granddaddy of all family connections, the Thanksgiving we wish we could all be at, the Coppola Clan. Frances Ford Coppola is an undeniable legend of cinema. As anyone remotely interested in film can attest, people who have this amount of passion need to share it with their loved ones. That’s why Coppola raised his children as cinephiles. I am confident enough in my Sophia Coppola adoration to admit that ‘The Godfather III’ was a mistake, clearly an unnatural placement, and not where she was meant to be (she was actually replacing Winona Ryder who had to drop out at the last minute).

But directing is where she is meant to be. Her films are so far removed from Frances Ford’s and very much in the service of the complexity of the female psyche. Frances Ford’s sister Talia Shire starred as Connie Corleone in ‘The Godfather,’ who is low-key the hero of the entire series. By casting his own sister, Michael and Sonny’s relationship to Connie takes on a new complexity, not to mention her performance is brilliant. Her son, Jason Schwartzman has become one of the most recognizable character actors of our time, and for good reason. He and his cousin Roman Coppola’s Amazon series ‘Mozart in the Jungle’ is a wonderful series about being an artist partly due to the cinematic eye of its creators.

Who doesn’t love Laura Dern? She is the daughter of actors Diane Ladd and Bruce Dern, who conceived her while working together on the film ‘The Wild Angels,’ making a pretty good case for the nature side of the talent genetics argument. Since her breakout role in ‘Blue Velvet,’ she has frequently collaborated with David Lynch, starred in one of the greatest blockbusters of all time ‘Jurassic Park’, and won an Oscar for Actress in a Supporting Role for ‘Marriage Story’ in 2020.

Her first Oscar nomination came in 1992, when she and Diane Ladd became the first mother-daughter duo to be nominated for Oscars in the same film, ‘Rambling Rose.’ Dern’s career has found a newfound appreciation with a younger generation since her iconic role in ‘Big Little Lies’ as the rich, smart, and brutal Renata we all hate to love. Unlike the children of other actors, Laura Dern is so comfortable with supporting roles, she’s used her talent to create a class of her own for these characters

Ever since directing her in their first film ‘Blood Simple’ in 1984, Frances McDormand has been essential to the Coen Brothers’ oeuvre. McDormand has been married to Joel Coen since 1984 and gone on to star in several of his films. Her role as the lovable and pregnant Minnesota cop Marge in ‘Fargo’ earned her first Oscar. It’s the Coen Brothers’ most seminal work, a perfect representation of their brand as Americana storytellers, cynical and thought-provoking, and Frances is the heart and soul of the film.

A more underrated McDormand-Coen collaboration is her brief cameo in ‘Raising Arizona’ as the hilarious friend Dot to Holly Hunter’s Ed. Speaking of working with your friends, Holly Hunter was McDormand’s roommate at Yale Drama School; Hunter’s performances in ‘Raising Arizona’ and ‘Oh Brother Where Art Thou’ are two other great achievements for nepotism. Frances McDormand’s success is not limited to the films made by the Coens, she makes diverse choices about the roles she takes and never disappoints.

No list on the fruits of famous relationships would be complete without one of the most important famous marriages of all time, that of French New Wave director Jean-Luc Godard and Anna Karina. Godard originally tried to recruit Karina for a nonspeaking topless role in ‘Breathless’ but she refused. He then cast her in ‘Le Petit Soldat’ and the rest is history.

The couple was only married from 1961 to 1964 but in that short period, they made some of the most iconic French films of all time, from ‘Vivre Sa Vie’ to ‘Band of Outsiders’. With their marriage already crumbling, Godard made ‘Pierrot le Fou’ as a depiction of their relationship: beautiful, wild, and goes out with a bang. Godard was with Karina during his most formative years; it’s hard to imagine what his films would be, and subsequently what all the filmmaking they inspired, would look like without her.

There are several other important familial and marital collaborations in the history of Cinema. I believe the word collaboration is important here because it has a connotation of mutual work and mutual vision. If people are related by a mutual parent or grandparent, or by the love they have for each other, it’s not too surprising that good work can spring from the shared experience. We just need to ensure our grandparents aren’t right and it’s not impossible without such relationships.