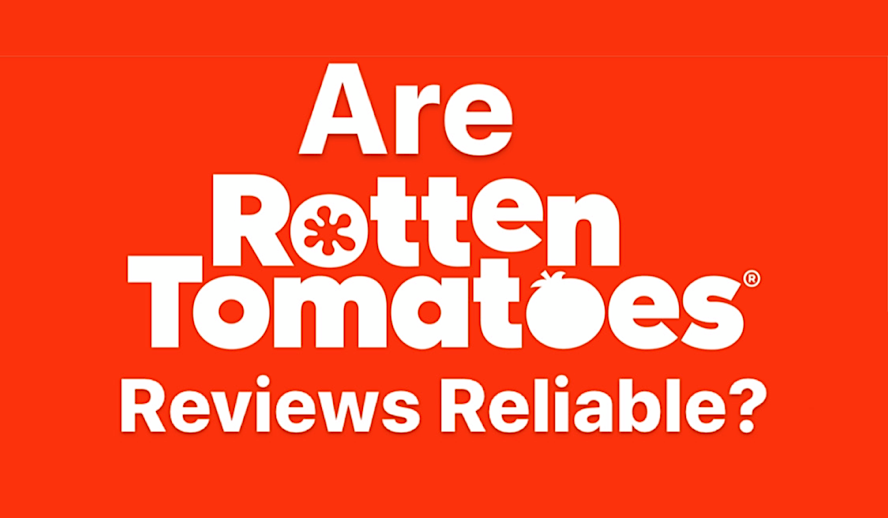 Before we waste our time and money sitting through an entire feature film or television series, we go online to check its ratings. Many of us probably have a mental threshold for what’s worth seeing–80%, maybe 70%. 60% is right on the cusp–that’s a film you might approach with dampened expectations. But is this the right way to go about things?

Like many modern fixtures of the internet, Rotten Tomatoes was once a novelty–it quickly became such an authoritative denominator of a film’s quality that a bad rating can tank box office performance. Good ratings, on the other hand, are now often featured in trailers.

Aggregate review sites such as Rotten Tomatoes and Metacritic are excellent and useful tools for getting an idea of a work’s critical reception at a glance, but they’ve also shaped our ideas of what it means for a piece to be “good” or “bad,” for better or for worse. Ratings were never meant to be a conclusive evaluation of a film’s quality, but that seems to be the way that the general public looks at it.

For the most part, they tell you what you need to know. If a film has a rating of 17%, it’s probably not going to impress. Nevertheless, their percentage scores hide a lot of nuances that has simultaneously bolstered the collective power of critics while undermining the significance of the individual voice. In this article, I’m going to discuss the reasons why a percent rating shouldn’t be taken at face value, specifically in terms of Rotten Tomatoes, as that has become the most powerful locus of critical discussion of film and television.

Rotten Tomatoes’ Tomatometer score is calculated by simple division–the number of positive reviews over the total number of reviews. Becoming a Tomatometer-approved critic is an application-based process and no critic’s opinion is given more weight than any other.

However, in order to calculate this basic percentage, Rotten Tomatoes simplifies each critic’s reviews–in the same way that a film is either “fresh” (exceeds 60% approval) or “rotten,” a critic’s review is either favorable or unfavorable. Hypothetically, a film to which every critic gives a rating of 3.5/5, for instance, would attain a Rotten Tomatoes score of 100%. It’s unlikely that this would occur outside of this hypothetical scenario, but is plausible nonetheless.

On the other end of the hypothetical spectrum is a film that garners deific praise from half of those who saw it, and abject disdain from the other half–a polarised reception. This film would receive an ultimate rating of 50%, which is commonly interpreted as a bad rating.

If you look at contemporary reviews of what are now legendary films, many received polarised critical reception. 2001: A Space Odyssey and The Good, the Bad, and the Ugly, for instance, would probably have received around 50% if Rotten Tomatoes were around, but are now considered exemplars of their genre.

Their current Tomatometer ratings reflect the result of their re-evaluations, but will films of the present be granted the same amnesty moving forward? In this way, Rotten Tomatoes has solidified the film canon while casting immediate judgment on new releases, coloring their public perception prematurely.

The Illusion Of Objectivity

Additionally, the fact that ratings are presented in the form of a percentage necessitates the comparison with schoolyard letter grades. With no evidence to back up this statement, I postulate that our deeply-ingrained concept of letter grades contributes to the ease with which we accept percentage ratings as indicators of quality.

Educators and pundits have long expressed the inadequacies of measuring student performance through summative assessment–causing students to focus more on earning a grade rather than learning the material, for instance, not to mention the impossibility of a subjective evaluation being translated objectively into a numerical value.

If it’s impossible for a teacher to objectively evaluate a 500-word essay, it’s impossible to put an objective numerical value on the quality of a film. However, that was never Rotten Tomatoes’ goal. Aggregating critical reviews is just a good way to get a finger-in-the-wind type of reading, but many people don’t care to look beyond that convenient, monolithic percentage. Its democratic approach to rating a film has contributed to a sense of objectivity, but the value of film criticism has always come from more than an objective, ultimate indictment.

Pauline Kael, one of the most influential film critics of all time, is famous for her derision of the “ideal critic’s” aim of achieving objectivity, calling it “saphead objectivity.” Her reviews were grounded in her personal experience of the film, as opposed to the commonplace approach of technical, esoteric didacticism. Her style and philosophy were pivotal in the landscape of criticism and analysis, proving that a film couldn’t just be reduced to a technical examination of its craft.

Why Critics Aren’t As Credible

Today, fewer people read individual reviews than ever before. The open forum of the internet has done much to dispel classic notions of elitism, and people have shied away from critics who tell them what’s good and what’s bad–Pauline Kael was rebelling against the same thing decades ago.

Furthermore, there has been a greater outcry in recent years about the lack of diversity among professional film critics, a point justly made. The opinion of the white male is less valuable in a world of film and television offering greater diversity and stories thereof.

To read an individual review reveals these underlying issues, but taking that plethora of opinions and turning them into nameless “yays” or “nays” depersonalizes them. People aren’t trusting of singular opinions, but amass a bunch and it becomes a poll. The fact that Rotten Tomatoes offers an audience score furthers the idea that this is simply a populist approach to judging films. The question of what a film does right and what it does wrong is no longer relevant–the question is- how many people out of 100 liked it?

In his review of Spirited Away, Roger Ebert wrote, “Movies made for “everybody” is actually made for nobody in particular.” This quote has always stuck with me and seems to repudiate the philosophy that Rotten Tomatoes have nurtured–a “good” film is one that’s palatable to most people.

It’s important to note that it was never the intention of Rotten Tomatoes to be a barometer of “quality,” but it seems to me that the Tomatometer score is often interpreted by the average person as such. In turn, it seems like studios make a greater effort to cater to their audience before the film even comes out.

It’s unfortunate that a website which aggregates reviews of films has wound up affecting the works that it only meant to discuss–it reminds me of an actor becoming self-conscious because a mirror is held up to their face. While ratings are certainly a useful tool, I only want to emphasize how it shouldn’t be the be-all and end-all of critical discussion.