Jared Padalecki is the Texas Ranger in The CW’s ‘Walker’ 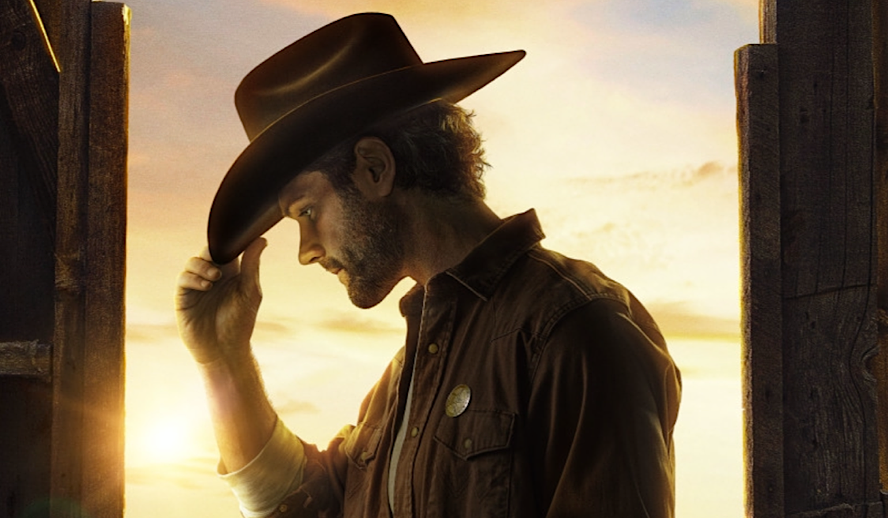 The Texas Ranger is back in town, tipping his Stetson and squinting into the sun beating down on the dusty Austin landscape. But he’s not your parents’ Texas Ranger, a man known for his black-and-white morality and martial arts prowess. The CW’s reimagining of the Chuck Norris–led series ‘Walker, Texas Ranger’, simply titled ‘Walker’, stars Jared Padalecki of ‘Supernatural’ fame as the titular character Cordell Walker. The new western drama series premiered on Thursday night on The CW. Let’s dive into the first episode.

Related article: ‘City on a Hill’: No Rest for the Wicked in Boston Crime Drama

In his job as a Texas Ranger, Walker is described as doing things his own way, bending the rules, and always getting his man. When his wife Emily (Genevieve Padalecki, Jared Padalecki’s real-life wife) is killed near the Mexican border, Walker, the father of two kids, deals with his grief by completely checking out of his personal life and immersing himself in work. After nearly a year of undercover work out of town, Walker returns to Austin to find that his son August (Kale Culley) has grown up too fast in his absence, while his daughter Stella (Violet Brinson) resents him for leaving when the family needed him most. Walker’s parents (Mitch Pileggi and Molly Hagan) and brother Liam (Keegan Allen) have raised the kids while he was gone, and he’s got some serious catching up to do.

With so many family members introduced in the first episode and scant action scenes, the differences between the original series and its reimagining continue to become clearer. ‘Walker’ is most certainly a family drama with a protagonist who happens to be an officer of the law, rather than a crime drama with a focus on family. Though the show will presumably juggle both family drama and crime procedural plots as it continues.

While he was gone, Walker has missed things besides what’s going on in his family. His old partner Larry James (Coby Bell) has been promoted to Captain and is now his boss, and his new partner is Micki Ramirez (Lindsey Morgan), who suspects they were partnered together because her strict by-the-book attitude will help put Walker on the straight and narrow. Morgan is easily one of the greatest parts of ‘Walker’ so far. Best known as mechanic Raven Reyes in The CW’s post-apocalyptic science-fiction series ‘The 100’, she plays Micki with her trademark strength and confidence that made Raven Reyes so widely beloved, with the added vulnerability of someone with everything to prove as a Mexican American woman trying to make it as a Texas Ranger.

Allen gives an earnest performance as Cordell’s brother Liam, whose love and level-headedness ground Walker. Liam also mentions in the two most fleeting throwaway lines conceivable that he and his partner Bret moved back to Austin from New York to help raise Walker’s kids. While the casual references to Bret may have been intended to not make a big deal of Liam dating a man, those lines land strangely against the numerous and clunky “this is who I am and what I’m about” exposition lines from other characters. Regardless, the introduction of Bret and his relationship with Liam is something to look forward to in future episodes, as we don’t get to see Bret in the pilot.

‘Walker’ – A New Police Series in the Current Political Landscape

In today’s world, it feels strange for a new series to debut with present-day law enforcement officers as protagonists that doesn’t delve into what that really means. ‘Walker’ appears to be trying to complicate the role of a law enforcement officer, detailing how Micki burned bridges with her family in becoming a Ranger, and briefly touching on the struggles of a noncitizen family and how Walker was too rough with detaining a suspect, but it certainly wasn’t enough to make it feel relevant to today. Though at the same time, I would be wary of any show that tried to wholly vindicate their officers in only one episode, let alone the pilot, so I’m looking forward to seeing how the political aspects of the show play out.

And even Micki, who stresses how important it is that Walker stays on the straight and narrow to not mess things up for her, sorta-kinda-accidentally steals a figurine from a business they’re investigating that ends up being a key element for the duo in catching onto a drug cartel. The illegal search and seizure combined with how excessively aggressive Walker gets with a suspect until Micki pulls him off (even though there’s a big show of the suspect hitting him first) are unsettling. With so much talk of Walker’s legendary, rule-breaking reputation, it seems to be in character for him to act that way.

But Padalecki plays Walker with such soft-spoken sincerity that it’s jarring to see him get rough with a suspect so quickly in the scene. What’s more, the incident merely gets Walker a slap on the wrist by his Captain who simply tells him to “do better,” while the illegal search and seizure that cracked the case is glossed over as “great work.” Future episodes will hopefully flesh out how much ‘Walker’ and the show must “do better” to remain relevant in the current political and societal landscapes.

Overall, the pilot does a good job of establishing the tone of the show, the people in Walker’s life, and how much growing he has to do in order to be the father his kids need. The writers have also set up some story threads that Walker is bound to pull, like what really happened to Emily the night she died and perhaps the Rangers’ future dealings with a new drug cartel. Odette Annable makes a brief but welcome appearance as the bartender Geri, Emily’s friend who was also with her the night she died, and will likely be more involved when Walker looks deeper into what happened to his wife. Hopefully, the writers will more intently investigate what it means to be a law enforcement officer in America, and especially an officer of color, and viewers should watch the show with a critical eye. There’s promise in ‘Walker’, and like its protagonist, there’s much room to grow.

‘Walker’ airs Thursdays at 8 PM on The CW. Stream the first episode on The CW App now.