‘The Outfit’ Is Bespoke For Lovers of Golden Age Noir 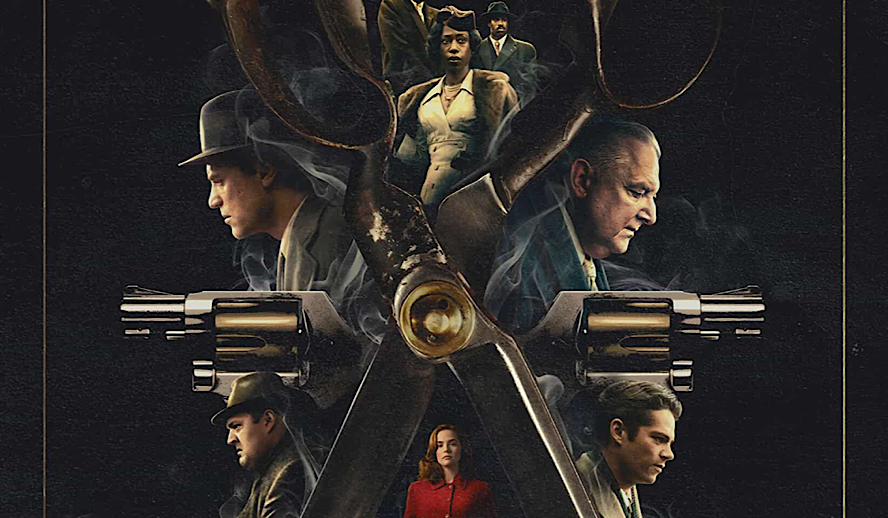 Graham Moore, the Oscar-winning writer of ‘The Imitation Game’ (2014), has centered another hyper-attentive protagonist in his directorial debut, this time a craftsman rather than a savant. ‘The Outfit’ opens on the meticulous daily routine of Leonard Burling (Mark Rylance), an expert cutter (as specified by Burling, who sees tailoring as a far inferior craft) who introduces us to the fine details of suit-making.

Into this sanctum of craftsmanship enter Richie (Dylan O’Brien) and Francis (Johnny Flynn), two young mobsters who show little regard for “English,” their nickname for the tailor who, before building a clientele of mob members in Chicago, worked on Savile Row in London. Burling’s receptionist Mable (Zoey Deutch) is seeing Richie, the more charming of the two, and the entanglement between the mob and the tailor shop comes to a head when Richie and Francis stumble in one night after a gunfight.

‘The Outfit’ – Behind the Scenes

The slow-burning thriller follows Burling’s attempts to disentangle himself from one pair of crosshairs after another using his meticulous mind and his unassuming temperament.

Moore’s first outing as a director, set entirely in the tailor shop, feels like a play mixed with cinematic tailoring sequences. Much of the movie consists of snappy dialogue, which often centers on how the characters choose to act with the tools they’re given, the tools, in this case, being cutter’s shears or a gun. Do they build or destroy? Do they behave like a gentleman or an animal?

At every turn, and there are many, the most compelling moments are not the sudden eruptions of violence but the tense moments leading up to them. The beats of the movie are distinct and easy to follow, but the enigmatic characters within it retain airs of mystery right up until those violent moments. Graham Moore’s writing and Alexandre Desplat’s score, an excellent pairing once more and only enriched by Johnathan McClain’s writing, take inspiration from noir movies of old to sharpen the edge afforded by this stylized mystery.

As a tradeoff for heightened style, ‘The Outfit’ doesn’t match the grit or sheer thrill of its modern contemporaries. Think more along the lines of ‘The Maltese Falcon’ (1941) than ‘L.A. Confidential’ (1997). Moore’s more refined approach matches well with Rylance’s nuanced acting. Rylance, finally given a movie role befitting his caliber as an actor, delivers a masterful performance. Dylan O’Brien, up to now mostly featured in young-adult fiction stories, rises to the occasion, executing a role that demands both charm and danger. Although those two stood out, there is no weak point to be found among the cast, and each character intrigues in turn.

During the run of the movie, the ambiguity surrounding each character, especially Francis and Mable, seems dull or undeserved, but as the mystery unravels so does the measured tone of the direction. Moore allows the subtle performances of his cast to create a sense of unease to the extent that some of the reveals seem like fabrications by the characters. The movie is designed to be watched a few times for the sole purpose of picking up on subtle character choices, and will likely make it onto a lot of people’s movie night lists, being both easy to watch and rewarding to rewatch.

Open Invitation to Mark Rylance to Voice-Over My Life

Sir Rylance (we love a knight), I am very particular about voice-over due to its overuse and misuse in too many movies, but you voiced this film over with such grace and honesty that I looked forward to it happening again and again. If you’d care to do a voice-over for any part of my life, I can offer goodwill and perhaps a gift certificate.

In all seriousness, when a movie begins with a voice-over you should immediately ask why. Why narrate something when you can show it instead? ‘Goodfellas’ (1990) comes to mind as an excellent movie that barely survives the damage done to itself by voice-overs. Martin Scorsese has been duly praised for his use of voice-over generally, but I stand by the opinion that ‘Goodfellas’ could be shorter, tighter, and better without so much unneeded voice-over, and if you give it a rewatch with that in mind I’m confident you’ll see what I mean.

‘The Outfit,’ on the other hand, uses voice-over as an added design element to the most cinematic sequences of the movie. Those sequences relish in the process of making something great, which makes it that much more heartbreaking when the tailor shop is tarnished with blood. The voice-over, in addition to serving an aesthetic purpose, provides insight into the mind of a usually quiet and observing character, and even ends up serving the narrative.

When considering the experimental uses of voice-over by French New Wave directors like Jean-Luc Godard and François Truffaut, or the moody voice-overs in old noirs that make you feel like you have access to someone’s diary, uninteresting voice-overs just don’t cut it. Luckily, the makers of ‘The Outfit’ pulled off a series of voice-overs that were refreshing and intentional.

The Fabric of Nostalgia With Modern Cuffs

As previously mentioned, ‘The Outfit’ hearkens back to an era when dialogue came first. There’s a wonderful scene in Vincente Minelli’s ‘The Bad and The Beautiful’ (1952) where Kirk Douglas, playing a producer, presents an edited script to his exhausted writer, played by Dick Powell. The writer laments the deluge of black lines crossing out most of his hard work, but the producer swears that his edits will make the thing sell. Those cutthroat writer’s rooms, as unhealthy as they often were, produced some incredible scripts.

The script of ‘The Outfit’ follows that sparse-but-indulgent model, and adds in a healthy dose of realism. Ultimately, the movie caters best to fans who want both a thriller and a bit of nostalgia. In the same manner that Burling caters to his clientele by making timeless suits rather than blue jeans, which he sees as a passing trend, Moore and team have catered to those among modern audiences who will appreciate something neat, refined, and timeless.