A Tribute to Jean-Luc Godard: The Master of the French New Wave 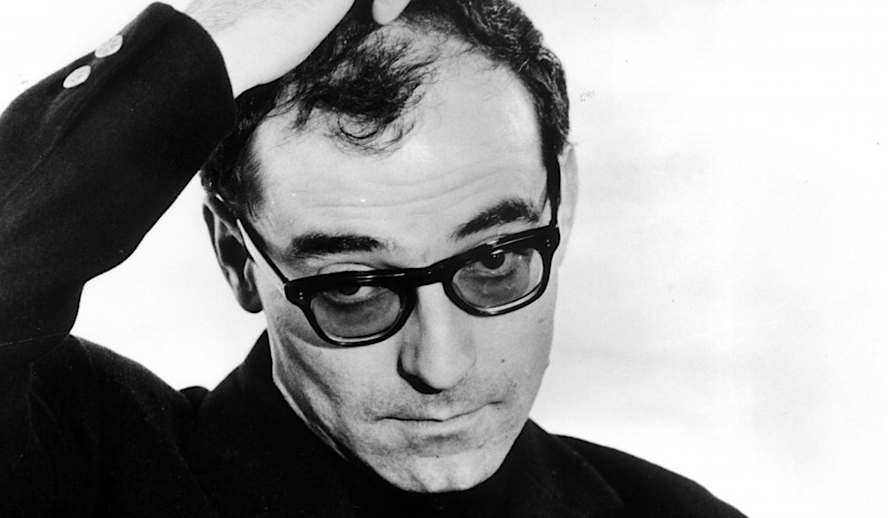 Among the giants of French Cinema, Jean-Luc Godard is perhaps the most iconic. Be it is dark sunglasses and receding hairline, staunch political stances, professional and personal partnership with Anna Karina, or the sheer brilliance of having ‘Breathless’ be his first feature, he is often the first director to be mentioned in discussions about the French New Wave. Born in Paris in 1930, Godard was one of the young critics of the Cahiers du Cinema of the 1950s. In the mid-50s he started making short films and helping others, such as Eric Rohmer, make their shorts.

Godard and his contemporaries were the founders of the French New Wave movement, a period that revolutionized Cinema and led it into the modern age. The era is characterized by breaking traditional film conventions which previously led French films into a slump. By using low budgets and filming on location with light equipment, the directors of the New Wave were able to use film as an art form and experimented with jump cuts, long takes, improv, loose narratives, and many references to pop culture. After this period, Godard partnered up with Jean Pierre Gorin to form the Dziga Vertov Group, making films with Marxist themes in the early seventies. He has essentially never stopped making films since the most recent one being the documentary titled ‘The Image Book’ in 2018.

Jean-Luc Godard – “Photography is truth. The cinema is truth twenty-four times per second.”

No written word, including the quote above by the auteur himself, or this whole article frankly, will ever be able to truly capture the spirit of Godard. If you are someone who cares about Cinema and are unfamiliar with his work, work on changing that immediately. It’s a daunting task when his IMDb shows 130 director credits. This is due in part to his versatility and his extensive documentaries, political films of the late 60s and 70s and exploration of documentaries and extensive short films, and a plethora of shorts. Although it’s extremely difficult to judge, and I in no way believe I am qualified to make a statement that his career is best explored and summarized by cutting down to three films, the following three films are a great place to start to get to know who Godard is as a filmmaker and why his work is so necessary to the evolution of Cinema.

To start with ‘Breathless’ is a no-brainer. His incredible first feature changed so many people’s perspectives of what a film could be. After stealing a car and impulsively killing a police officer, Michel Pocccard wants to play out his fantasies and flee to Italy but not without Patricia, an American journalistic student who has plans of her own. The story of a wannabe noir badass and an ambitious American girl in Paris moves at such an incredibly energetic pace while also taking the time to have extended conversation sequences: a testament to exactly the kind of exciting but enlightening entertainment the New Wave directors were aiming to accomplish.

The jumps cuts, music, and dialogue are all perfectly coordinated; Jean Seberg and Jean Paul Belmondo’s chemistry and tomfoolery are the life-force. ‘Breathless’ is not afraid to address sexism and what it means to be a femme fatale. Being his first feature, it also makes clear that Godard, along with all the New Wave directors, were cinephiles who wanted to use their love and knowledge of film to create emotionally impactful moments on screen. In nearly every iconic New Wave film, the characters escape to the movies, and in many of Godard’s films his characters are self-aware either that they are film characters or of the influence film has had on them. The magic of ‘Breathless’ is that it leaves you meditative and also thoroughly entertained.

Vivre Sa Vie is also essential to learning about Godard. It is perhaps Anna Karina’s most iconic role, so important to his life and career that Godard references the film with multiple motifs in his autobiographical ‘Contempt.’ Godard and Karina met when he saw her in a commercial and wanted her for a topless part in ‘Breathless.’ After Karina refused, he offered her the lead in ‘Le Petit Soldat,’ his statement on the Algerian War which was banned in France until 1963, and the couple married soon after. They went on to make eight films together but ‘Vivre Sa Vie’ remains an important example of New Wave style. The manipulation of music in the opening credits, seeing characters speak from behind, voice-over of official announcements, and the gunshot timed cuts all echo the revolution’s brave attempts at breaking convention.

The film tells the story of a young aspiring actress, Nana, who decides she wants a different life than the ordinary one she is living and leaves her husband and child to pursue it. Struggling with money, she starts prostituting and fate leads her further and further away from her dreams. Aside from being a grim story of personal growth and the realities dreamers often must face, it’s the film that cements Karina not only as the ‘it girl’ of the New Wave, but as someone Godard was absolutely obsessed with making immortal through film. What could be more personal?

The answer to that previous question is ‘Contempt.’ It’s very hard to decide between ‘Pierrot le Fou’ and ‘Contempt’ as our third Godard essential. Both are about the disruption of his relationship with Karina, both offer exceptionally beautiful seaside views, both meditate on Cinema, and as they are both on the same subject, both descend into tragedy. ‘Pierrot’ is otherwise a comedy, a film so full of film references, he almost created a new genre of the self-aware film.

‘Contempt’ being made after the divorce, starring Brigitte Bardot, takes a more reflective point of view only possible after the fact. It tells the story of a screenwriter who is brought on by the studios to help in an adaptation of The Odyssey. While on location, his marriage to the beautiful Camille starts to crumble when she starts to wonder if he only wants her around to charm the producer.

The film opens with a Bazin quote, “Cinema shows us a world that fits our desires,” and then an unforgettable moment where instead of a character looking right at us through the camera, an actual camera looks directly at the audience. It’s as if to point out the part fantasy had in his marriage, and the ways he might have idealized Karina through his art. The film is also about the sacrifices, or rather betrayal, artists make to their craft when business becomes involved. Godard reflects, “When it comes to making movies, dreams aren’t enough,” the same can definitely be said of marriage.

Once you’ve seen these three check out some other great Godard films such as ‘Masculin Féminin’, ‘Une Femme Est Une Femme’, and ‘Band of Outsiders.’