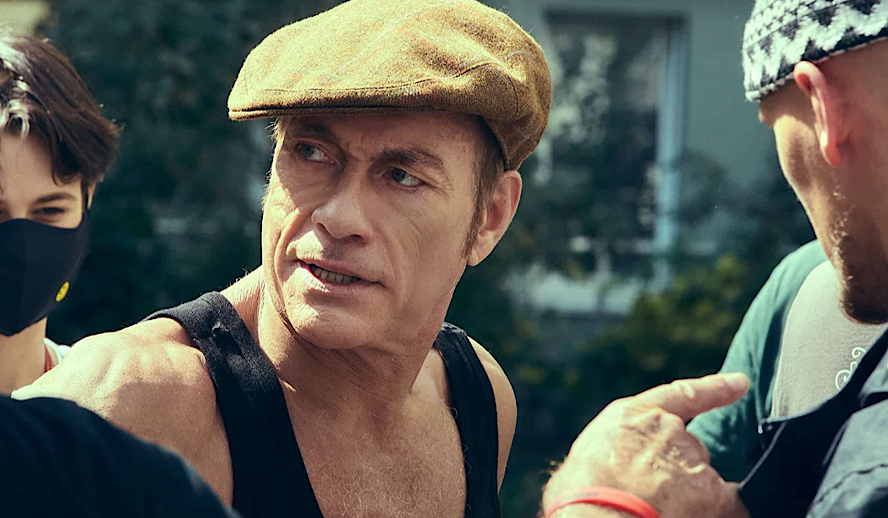 Released to Netflix subscribers this week comes French film from writer and director David Charhon, ‘The Last Mercenary’. The film stars 90s action hero Jean-Claude Van Damme as a mysterious former secret agent who must come out of the shadows in an effort to save his son who is falsely accused of arms dealing and drug trafficking. The film harkens back to the fun action films of the 80s and 90s delivering over-the-top action paired with absurd situations and entertaining characters.

‘The Last Mercenary’ knows exactly the kind of film it intends to be and, generally, delivers well on the promise of its premise. The film is a ridiculous, hectic, action-filled ride that audiences grew to love in the 1990s and will no doubt inspire nostalgic feelings as one of Hollywood’s greatest action stars, Jean-Claude Van Damme, graces audiences screens once more.

‘The Last Mercenary’ is a film that has very specific draws; audiences who will be interested in the film will be intrigued because of the actions, the laughs, and the star. Luckily for fans of the action-film genre, the film delivers on all of these. The action of the film is very exciting — it is not as white-knuckled as a film such as Keanu Reeves’ ‘John Wick’ and feels more light-hearted and fun akin to a film like ‘Kingsman: The Secret Service’, albeit far less graphic than both. The film has a lot of expertly crafted and choreographed hand-to-hand combat scenes that incorporate the environment very well. Consistently throughout the film, fight sequences would utilize the sets and props within the fight which elevated the fun of the scenes as actors crash through walls and slam objects over each other’s heads.

There are several vehicle chase scenes that are equally as exciting and, at times, even very whimsical that were very effective. All the action in the film is shot well; the cinematography was a significant highlight as all the action is kept in the frame and allows for the audiences to enjoy the standout choreography as well as keep up with what is occurring on screen. On top of that, there are a few visually interesting angles implemented throughout the fights that kept them feeling fresh throughout the runtime. The editing of the film is also exceptional, allowing to keep an upbeat pace throughout the runtime of the film.

What Worked: Performances and Laughs

The film dives deep into its own absurdities and fully embraces its role of a ridiculous 90s action film throwback. Paired with the action are some genuine laughs that hit home. One scene in particular that involves Jean-Claude Van Damme’s character pretending to be a swim instructor is very funny as well as another scene involving a police digital sketch artist. Overall, the characters are mostly enjoyable, especially that of Van Damme’s character. There is a feeling that Van Damme is making this all up as he goes along similar to that of Harrison Ford’s iconic hero Indiana Jones in Steven Spielberg’s ‘Raiders of the Lost Ark’ while having all the skill level of Matt Damon’s ‘Jason Bourne’.

This pairing leads to killer action and moments of levity that work well within the film. Another standout performance comes in the form of Samir Decazza who portrays Van Damme’s son. Decazza gives perhaps the most genuine performance of the film and his dynamic and chemistry with Van Damme work perfectly to create a bit of a fish out of water scenario for both characters. While not the tour de force that his dueling performance in 1991’s ‘Double Impact’, Van Damme is one of the strongest elements of the film and continues to embody all that is an action star.

While the film has its positives, it also, unfortunately, falls short in some aspects. A caveat to all criticisms of this film needs to be made before proceeding: any audience member who understands the type of film this is will not be bothered by any of its shortcomings. Fans of the classic 90s silly action film will look over these flaws without the bat of an eye — with that being said, there are some inherent issues with the film that general audiences may pick up on. The plot of the film is very conventional as are the character arcs of our leads. While playing the trope of the former secret agent coming back into the game for comedy is a clever spin, the film does not distance itself enough from the trope to not still feel a tad tired. The arcs of the lead two characters is a father-son arc that has been done many times before. While the arc is effective in this film, it is understandable how some audiences may be disappointed in a somewhat generic arc for our lead characters.

There are many references to the classic Al Pacino film ‘Scarface’ in this movie — at first, the references are a fun nod but after the fourth or fifth callback from a character who is a literal recreation of Al Pacino’s Tony Montana, it became slightly grating. On paper this could have worked as it begins as an entertaining bit, unfortunately, it just wears out its welcome. The last issues that arose in the film were several plot conveniences.

Several times in the film it seems as if the “bad guys” have a perfect opportunity to kill our heroes whether it be they are trapped or there is a literal gun pointed at their face, however, they never take it. It felt as though characters make decisions to serve the lead characters because if they took the shot, there would be no movie or story to finish. Now again, these critiques being dealbreakers for fans of 90s action films is doubtful and never impeded my personal enjoyment of the film.

‘The Last Mercenary’ – The Verdict

‘The Last Mercenary’ is a ridiculous, fun action throwback starring the quintessential action hero, Jean-Claude Van Damme. While having its share of plot conveniences and generic writing in the story and characters, the action, chuckles, and performances shine through to deliver exactly what a silly action flick should. While most likely not landing with the art-house film crowd, I can firmly recommend this film to all those action film fans feeling nostalgic for a taste of the classic action films that populated the 1990s.

Check out ‘The Last Mercenary’ on Netflix today. Be on the lookout for Jean-Claude Van Damme’s next film ‘Minions: The Rise of Gru’ releasing July 1st of next year.