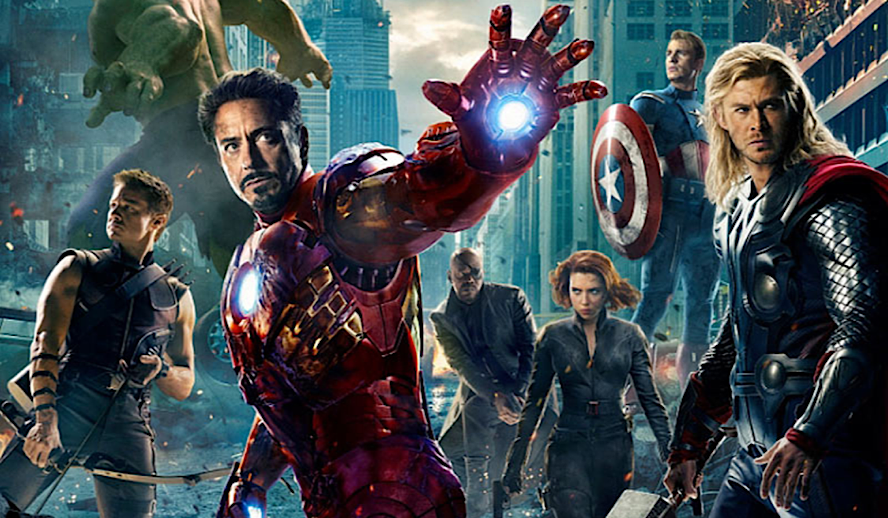 It was on May 4, 2012, when Marvel decided to “bring together a group of remarkable people.” It has been a decade since the iconic release of the ‘The Avengers’ and since then, the film has opened up new doors for Marvel’s Cinematic Universe (MCU).  The MCU has become a staple in entertainment as it has created an immersive world for all audiences to enjoy. If you are an avid Marvel fan, you understand the impact ‘The Avengers’ has played in creating the universe we know of today and the Marvel films that follow afterward. The original comic, ‘The Mighty Avengers’ and ‘Avengers’ was written by Stan Lee in 1963 and from the start of the MCU, Marvel adapted them into a film. It was written and directed by Joss Whedon and the story was created by Zak Penn. ‘The Avengers’ was part of the very first phase of the MCU and made $1.5 billion at the box office.

The movie consisted of a star-studded cast which contributed to the overall success of the film and the entire franchise. The leading Avengers were played by: Robert Downey Jr. as Iron Man, Chris Evans as Captain America, Chris Hemsworth as Thor, Mark Ruffalo as Bruce Banner/Hulk, Jeremy Renner as Hawkeye, and Scarlett Johansson as Black Widow. Samuel L. Jackson as Nick Fury and Cobie Smulders as Maria Hill were cast alongside the original six heroes. As 10 years have gone by, the magnitude of ‘The Avengers’ has left a lasting impact on entertainment and pop culture. With Marvel continuing a new phase of the MCU, let us reminisce how the story has transcended into becoming one of the most iconic superhero films we know of today.

A Groundbreaking Crossover: Looking Back on ‘The Avengers’

With the different superhero movies that are released, what necessarily made ‘The Avengers’ so different from the rest of them? It is all due to what fans call the “Marvel Formula”. The formula consists of a big million dollar budget and grand CGI but most importantly, the consistent backstories that are prevalent throughout the entirety of Marvel movies. Although each film’s storylines are woven into one another, they can also be stand-alone movies if you do not keep up with the MCU. ‘The Avengers’ was an example of how Marvel was able to bring together a variety of stories into one movie. It took 4 years to build on the excitement of the film as the previous Marvel movies before ‘The Avengers’ were: ‘Iron Man’ (2008) which was Marvel’s very first release, ‘The Incredible Hulk’ (2008), ‘Iron Man 2’ (2010), ‘Thor’ (2011), and ‘Captain America: The First Avenger’ (2011). The five films introduced each hero individually and their backstory while also intricately intertwining their stories with one another.

To give the film a quick overlook, the story centers around the 6 heroes Marvel has presented to us in the previous films. We are reintroduced to Thor’s brother, Loki (played by Tom Hiddleston), whose role is the antagonist within the film and is the catalyst that brings the different characters together with one another. As Loki is determined to create ultimate destruction on Earth, Nick Fury,  the director of the high intelligence agency known as S.H.I.E.L.D, creates a program that recruits the most powerful beings in order to defeat Loki and his plan. As these superheroes are close to celestial beings with godlike powers, their meeting with one another is far from friendly. We see Tony Stark and Captain America have conflict when they first get together and tension rises between Thor and Bruce Banner. Between the 6 of these characters, they had a difficult time seeing eye to eye because a lot of their work in saving the world was done individually. Being thrown into the Avengers operation was a new experience that taught them how to embrace teamwork and camaraderie. Although they had their differences, they shared a common goal of protecting people from the evil that threatens the Earth.

The MCU After ‘The Avengers’

The outstanding success of ‘The Avengers’ proved that the Marvel formula worked and the grand scale of story crossovers can be effectively achieved with solid storytelling and character dynamics. The film helped refine the later Marvel movies we see today. Following ‘The Avengers’, the story created a significant impact on the Marvel universe as the next film after the release was ‘Iron Man 3’ (2013). In the movie, the events of Loki’s plan remained relevant in this final piece of the Tony Stark trilogy as Stark suffers from PTSD due to the events that happened in ‘The Avengers’. This further emphasizes how Marvel continues to connect stories with one another even in the later films. Alongside ‘Iron Man 3’, the individual films received their sequel such as ‘Captain America: The Winter Soldier’ (2014) and ‘Thor: The Dark World’ (2013).

‘The Avengers’ was merely just the start as we see the original characters continue to join forces in 3 other Avengers movies (4 if we are including ‘Captain America: Civil War’). Joss Whedon comes back to direct the second Avengers film, ‘Avengers: Age of Ultron’ (2015). Although the film misses the mark in terms of storytelling wise, Whedon has cemented and further created growth among the characters in terms of working as a team. It is in phase 4 where the dynamic directing duo, the Russo brothers, further created “the most ambitious crossover”.  With the original characters leading both ‘Avengers: Infinity War’ (2018) and ‘Avengers: Endgame’ (2019), in addition to new superheroes, the two movies were the final conclusion to phase 4 and the decade-long journey of the original 6 Avengers.

The lasting impact ‘The Avengers’ has created has shifted the tone of future Marvel films. The current releases have become less standalone and are team-up-focused. We see in ‘Spider-Man: No Way Home’ (2021) and the upcoming ‘Doctor Strange in the Multiverse of Madness’ (2022), that they rely on cameos and are crossover heavy. As 10 years have gone by, the scale of ‘The Avengers’ seemed impossible to execute. Yet, the Marvel formula has continued to create intricate ways to weave all stories with one another and has successfully released big blockbuster movies one right after the other.