Taylour Paige: Hollywood’s Upcoming Star Wastes No Time as She Climbs the Ladder of Success 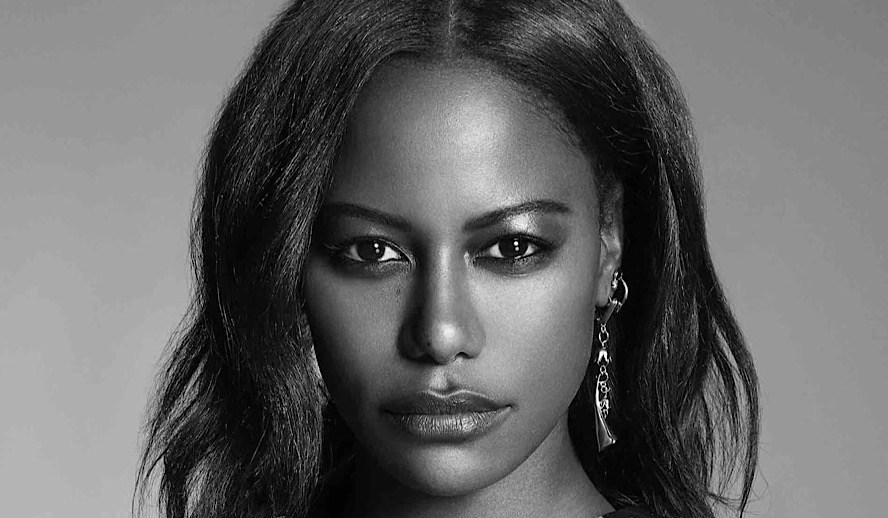 Talk of The Month

It is not a secret that Hollywood tends to get bored with talent very easily. This explains why they seem to always go after young talent, and consistently update their faces in entertainment. While it can be a lot for people to keep up with, we can’t deny how exciting it is to learn about these fresh, upcoming celebrities. A very talented young lady that Hollywood recently has their eye on is American actress, Taylour Paige.

Related article: The Rise and Journey of Emma Stone: This Oscar Winner Excels in Both Comedy and Drama

Recently, Taylour Paige has been finding her name in headlines for her role as Zola, in the 2020 suspenseful, drama-filled, Sundance film ‘Zola’. The film is based on a true story, with slight embellishments, reportedly. A waitress in Detroit has her life completely changed when she meets a sex worker, Stefani. The two bond over the art of pole dancing, and quickly make friends with one another. The two friends decide to take a cross-country trip filled with craziness, uncertainty, and totally unexpected events. The film is a must-see, this summer.

We won’t give too many details away here, but audiences know from the beginning of the story and based on the film’s trailers, that there is going to be this epic falling out between the two main characters, but what makes the story compelling is just watching the buildup to that moment in total suspense. Although ‘Zola’ has already had its worldwide premiere at Sundance Film Festival on January 24th, 2020, it is set to be released to the general public on June 30th, 2021 by the film distribution company, A24.

Taylour Paige’s performance was absolutely spectacular in this film. She brought the drama, she brought the comedy, and she brought the relatability. This made her very exciting, to me. I was mesmerized by watching her on-screen and decided that I wanted to learn more about her. This article will talk about everything from Taylor Paige’s early life, her climb to stardom, breakout roles, and what she’s up to now!

A Double-Threat in The Talent Department

Taylor Paige is not only a talented actress, but she is also a phenomenal dancer as well. She found the perfect way to blend the two forces together to boost her blossoming career. In her role as the beautiful, talented protagonist, Ahsha Hayes, she is best known in VH1’s 2013 drama series, ‘Hit The Floor’. The show follows a young girl following in her mother’s footsteps as a professional dancer for a basketball team, despite her mother’s wishes against it.

‘Hit The Floor’, showcases both Taylor Paige’s brilliant acting chops and her beautiful dance skills. You will later understand why this show seems as if it was made for Taylor Paige! Paige began her career in the entertainment industry through her dancing. After years of training in forms of dance such as ballet, she moved on to become a student under the leadership of celebrity choreographer, Debbie Allen. The teachings she received have gotten her far in life, as she had been introduced to producers like Stan Rogow. This is where her journey in entertainment began.

In the year 2010, Taylour Paige went on to become a professional cheerleader for three months, with the Los Angeles Laker Girls. See? I told you, you would understand later. In her time as a Laker Girl, Fox Sports featured her in a special that production made about the making of the 2011 Laker Girls calendar. She must have made quite the impression to be given such a big platform in the span of only three months. That is a true testament to her skills as a dancer, and maybe even an insight into a good personality. She later decided to give up her position as a professional cheerleader to finish her college studies while pursuing a degree and career in acting.

If that wasn’t cool enough for you, you would probably be surprised to know that she is also featured as a background dancer in ‘High School Musical 3: Senior Year’ in 2008. In 2014 she was a dancer in the music video for the song, ‘She Came to Give it to You’ by Usher featuring Nicki Minaj. She has definitely been working in the industry for a very long time now. However, Paige is just now making her debut in recent time, from 2008 to this current year.

This isn’t Taylour Paige’s full resume at all. She has been featured in many other popular works since then. Other important works from Taylor Paige include her appearances in, HBO’s 2015 series, ‘Ballers’ and popular ABC series, ‘Grey’s Anatomy’ in 2016. The actress/dancer also had roles in films such as Cathy Volsan in ‘White Boy Rick’, the 2018 crime/drama starring Matthew McConaughey. She also played Dussie Mae in the 2020 musical drama, ‘Ma Rainey’s Black Bottom’, starring Chadwick Boseman and Viola Davis. The work doesn’t stop here, for miss Taylor. Reportedly, Paige is also involved in two other films that are currently in their post-production phase.

I believe the rise in young Black talent being featured in Hollywood is really important for youth. In my opinion. Hollywood has been highlighting the voices and showcasing the talents of many persons of color and other oppressed groups of people as of recent years. Although it is not quite perfect yet, and there is still a lot of work that needs to be done to ensure the inclusivity of all types of people, you can not deny the efforts that are being put in place.

Paige has already worked alongside Hollywood’s “A list” celebrities in such a short amount of time in the industry. It is easy to see why she has gotten so far. Not only is she super beautiful and super talented. She also seems so kind, wise, patient, and driven. We like what we see so far from this double threat and rising star. We can only wait in anticipation for what she is going to wow us in next! Hollywood loves her, and so do we! We wish Taylor Paige a long, successful career as both an actress and a dancer.

Hinting: Taylor Paige will be seen next, starring in both ‘Zola’ next month, and the upcoming American Independent film, ‘Sharp Stick’. Both films are set to be released later this year.