These Four Shows Are Some Of The Longest-Running Primetime Shows Of All Time- And Still Airing! 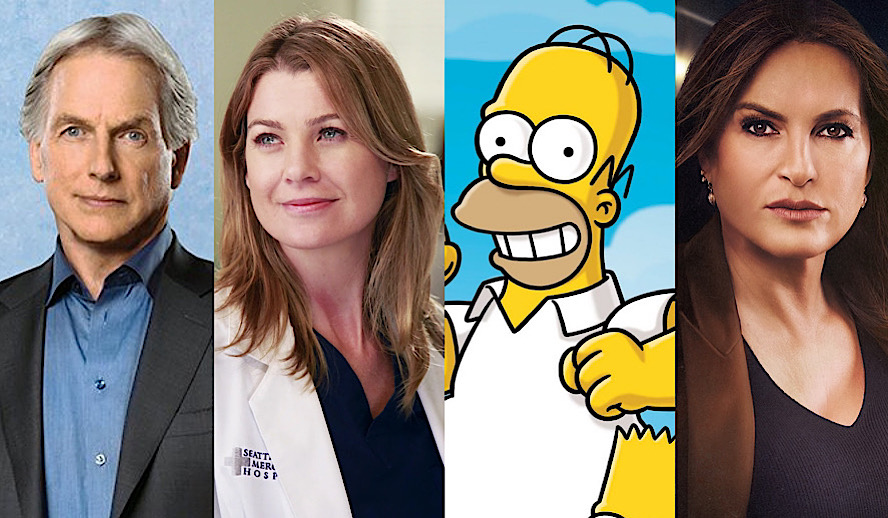 In the era of Peak TV, there are many shows that do not stay on the air for more than a couple of years; a show going over five seasons now is an even bigger milestone than it used to be. However, there are some shows that not only hit the five-season milestone but exceed that number and break records and some of those shows are even still airing now and do not seem to be stopping any time soon! These are four of those shows across the Big Four broadcast networks.

CBS’s ‘NCIS’ started its run in 2003 as a spinoff from the legal drama ‘JAG’. It follows members of the Naval Crime Investigative Service Major Case Response Team based in Washington, D.C. solving Naval crime in the DMV area (D.C., Maryland, Virginia). Since 2008, ‘NCIS’ has consistently been in the top five most-watched shows in the United States according to Nielson ratings and was the most-watched show across the Big Four networks by the end of its 10th season. The show also has some spinoffs of its own: ‘NCIS: Los Angeles’ which is in its 12th season, ‘NCIS: New Orleans’ which was recently announced to be ending at the end of their current season (season seven), and a third spinoff in the works at CBS called ‘NCIS: Hawaii’.

‘NCIS’ is currently in its 18th season and will have aired 408 episodes by the close of the current season. There is a rumor that the show might come to an end after the current season since lead actor Mark Harmon’s contract is up after season 18. However, it has been reported that Harmon would sign a new contract to appear in a part-time capacity on the show instead of being in every episode like he has the past 18 years. Either way, America’s most-watched series and one of the most-watched shows globally will go down in history as the seventh longest-running scripted U.S. primetime television series ever.

ABC’s ‘Grey’s Anatomy’ began in 2005 as a show about an intern, Meredith Grey, and her interning class at a hospital in Seattle. It has consistently been the third most-watched drama across the Big Four networks, has some of the highest ratings among the 18 to 49 demographic in Nielsen ratings, is one of the top 10 highest revenue-earning shows on television, and has been one of ABC’s highest-rated dramas for many years. This show has also had two spinoffs: ‘Private Practice’ followed a private medical practice in Los Angeles for six seasons and ‘Station 19’ tracks a fire station in Seattle and is currently in its fourth season.

Upon ‘Grey’s Anatomy’ renewal for its 16th season in 2019, it became the longest-running American primetime medical drama, surpassing ‘E.R.’, and continues to extend its record in its 17th season. There is speculation as to whether the show will be ending soon and when asked about it during an interview with ‘CBS This Morning’ she said, “To end a show this iconic… how do we do it? I just wanna make sure we do this character and this show and the fans… I wanna make sure we do it right.” It is a positive sign that the current showrunner, Krista Vernoff, has just signed an overall deal with ABC which means ‘Grey’s Anatomy’ is more likely to get a season 18. Whether a renewal happens or not, ‘Grey’s Anatomy’ still gets to hold the title of ABC’s longest-running scripted primetime series and the eighth longest-running scripted primetime show of all time.

‘Law & Order: SVU’ holds the record for the longest-running primetime U.S. live-action series and has no plans to stop any time soon. On February 24, 2020, NBC renewed the show for three more seasons, putting its total number of seasons at a whopping 24. The show is the second longest-running primetime scripted series in television history, only being bested by one other series.

What other show would take the top spot other than ‘The Simpsons’? This Fox show premiered in 1989 as an animated offshoot of ‘The Tracey Ullman Show’ and centered on the Simpson family made up of Homer, Marge, Bart, Lisa, and Maggie. Since it premiered, the show has aired exactly 700 episodes and parodied much of American culture and featured many prominent figures in the entertainment industry as voice actors during its 32-year run, and been a basis and inspiration for some of the most successful shows to grace television. It has been so successful that in 2007 the show was made into the feature film ‘The Simpsons Movie’ and has a sequel in the works.