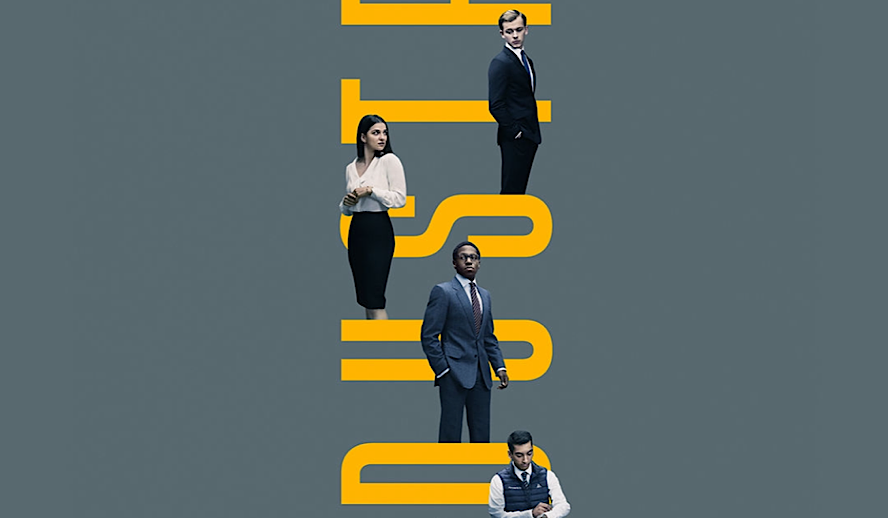 There is something extremely attractive and alluring about entertainment content pieces depicting the work environment and the personal lives of people with high-powered careers. There have been many movies and TV series centered around this, the most famous ones being The Devil Wears Prada (2006), The Wolf of Wall Street (2013), and the TV show Suits (2011-2019).

Another series about the finance world has recently been added to this roster. The unique value proposition of this show is that it is created and written by two former bankers themselves. Its trailer promises to depict the experiences of a wide range of diverse characters from various backgrounds working in the financial sector. Does it live up to this promise so far?

Industry (2020) is a British drama series that premiered on November 9 and is currently airing on HBO. The storyline revolves around a fictional investment bank named Pierpoint in London, where a group of new graduates competes to get hired permanently after a 6-month training period. The series features relatively fresh new actors such as Myha’la Herrold, Marisa Abela, David Jonsson, and Harry Lawtey as the leading characters from the pool of graduates. The show was created and written by Mickey Down and Konrad Kay. The first episode was directed by Lena Dunham, who is famous for creating, writing, and acting in another HBO series, Girls.

The show is aesthetically sound; the colors in the show are darker and grey, a symbolization of the dark and grey world of finance where everything and every person is reduced to numbers and values. Direction wise, the show is fairly interesting in combination with high-quality music and stylized editing. The music choices are especially great and compliment the direction and cinematography well.

However, this is where the positives end. The issues with the show boil down to two aspects: the writing and the acting. Diving into the writing first, there is a lot to unpack. In workplace dramas like this, there is always a goal or a prize that is clearly established to be something worth fighting for. The show’s writing provides no context for what Pierpoint is. Yes, we know it is an investment bank, how is it the best one there is? Why should the graduates go to such extreme lengths to work here? It feels like a missing part of the story.

The audience is also not given enough context on each character’s background to be able to truly connect and empathize with their situation. A couple of episodes in, the writing has only aroused a mild, uncompelling curiosity about their backgrounds. There is a jarring event added in the first episode that affects one of the characters, simply for shock value and as an inauthentic attempt to generate sympathy. While on one hand the writing positions it as the incident that will inform the rest of the season, the situation is not addressed well enough going forward, proving the previously mentioned point.

There is a clear disconnect between the ex-banker writers and the regular audience. The finance jargon heavily used in the writing is hard to follow for a major part of the audience who are unfamiliar with the finance world. There is little-to-no explanation about what they are talking about, what each job title means, why it is considered so “low” to work on the trading floor. One might argue that we are not required to understand the math and technicalities behind the banking situations for the purposes of the series. Alternatively, another perspective could be that it is necessary to tone down the finance jargon to layman’s terms since it is currently preventing the audience from connecting with the urgency or importance of the trades. The show also talks about how the work culture is extremely toxic and stressful. However, the writing does not dive deep enough into the ins and outs of how such a culture is encouraged in the finance workplace, besides a few arbitrary scenes.

The second episode deals with the debauchery that is commonly associated with the financial sector, such as rampant drug abuse and sex. It seems to be thrown in to add a consumer-attracting factor to the show. Surprisingly, the writing does not dive deep enough into these gratuitous aspects as well. There are splashes of sex and nudity which feel out of place and out of context. In conclusion, the writing of the show is simply not up to the mark.

Jarring disconnect between the actors and their characters

The second issue with the show is the acting, which is awkward and unbelievable for a supposedly unknown reason. There seems to be a connection gap between the actors and their characters which is easily visible in almost all the performances.

There was clearly an effort to cast actors with diverse identities for the show, which was a great initiative. We have actors from various backgrounds, ethnicities, and experiences. It is a shame that the writing does not utilize the richness of these actors’ and characters’ backgrounds deeply enough. The writing does not account for their diverse experiences or cultural nuances as of yet. There are subtle hints of the depth of each character’s motivations, but so far it is simply a surface level effort. Perhaps this is what has caused the actors’ to not sync up with their characters.

In addition, what can be deemed to be an unforgivable sin are the actors’ atrocious accents when they are speaking their characters’ native language. Even while delivering just one line in a foreign language, Hari (Nabhaan Rizwan) speaks Urdu with the worst, most anglicized accent. Yasmin Kara-Hanani’s (Marisa Abela) Arabic accent is also far from native for her background to be believable. These glaring and cringe-worthy errors can be detected by anyone with even a slight ear for these languages. This has diluted the creators’ push for representation. It gives off an air of tokenized representation; the creators peppered the characters with different ethnic and cultural backgrounds, threw in a few lines of incorrectly-acted native languages, and called it a day.

Final verdict on the ‘Industry’

Industry feels like a personal project of catharsis for the writer/creator duo. The fundamental problem with the show is that the writers’ were not able to pull themselves out of their experiences enough to translate them into a show which would connect with people who maybe do not have the same insight into the banking world that they have.

The show had a lot of potential with its premise but it is off to a slow start. As of right now, the show is simply not a hard-hitting piece on the highs and lows of working in the finance world, which should have been the case considering the writers’ backgrounds. It is watchable if the hidden personal stories of the characters arouse your curiosity enough to make you stick around until the end. The subtle tones of secrecy about the characters and their motivations are the saving grace of the show.

The show is still airing, so the jury is still out on whether it can have an upswing and a stronger ending. Perhaps this show is a slow burn, or just, slow.