‘Facing Nolan’: A Worthy Tribute to an MLB Great 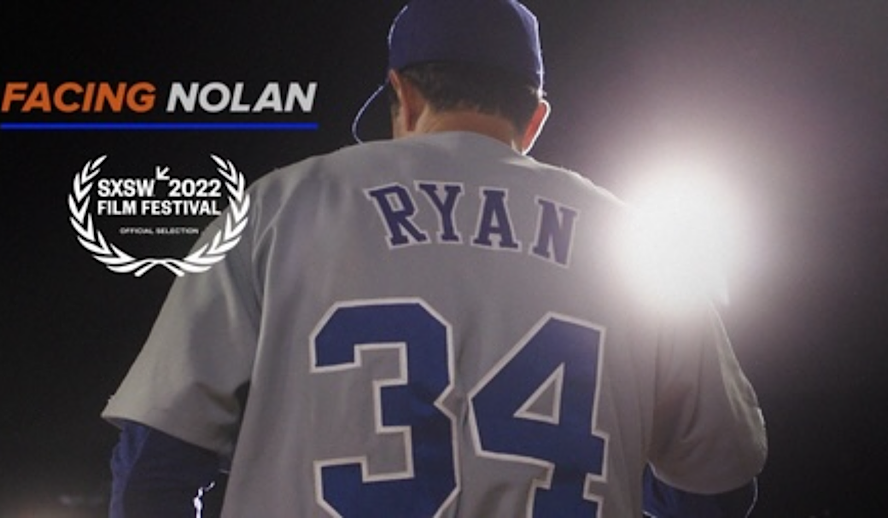 It’s not often that we see documentaries released in theaters. The showtimes for your local theater probably include the newest action films, perhaps a new installment into the MCU, along with a healthy dose of romance and comedies (and, of course, romantic comedies). Recently, documentaries found their homes on streaming. Watching a documentary hasn’t typically been a date night activity or an event full of popcorn and dim lights, but that doesn’t have to always be the case.

‘Facing Nolan’ found itself on big screens across America in a limited theatrical release. Though you may not expect a documentary to have crowds flocking to the theaters, ‘Facing Nolan’ breaks that perception with an honest, entertaining, and old-fashioned feeling story of Nolan Ryan, a retired and legendary MLB pitcher.

Nolan Ryan played in the MLB for twenty-seven years, from 1966 to 1993. During this time he played for the New York Mets, the California Angels (now the Los Angeles Angels), the Houston Astros, and the Texas Rangers. Ryan was a pitcher and is still known today as one of the greatest pitchers to ever play the game. His fastballs regularly measured at over 100 miles per hour (yes, that is just as impressive as it sounds), he pitched extraordinary amounts of no-hitters, and he never let up throughout his career. Being traded from team to team gave him an understanding of the business within professional baseball, so even following his retirement he continued making his mark on the MLB through executive positions.

Any baseball fan, aspiring pitcher, or statistics buff knows plenty about Ryan, it’s nearly impossible to overlook him. Ryan is an All-Star, a Hall-of-Famer, a World Series champion, and the holder of many, many records. Ryan pitched seven no-hitters, for context, the runner-up in no-hitters pitched, Sandy Koufax, pitched four. Ryan was an exceptional player, there’s no doubt about it. ‘Facing Nolan’ goes to demonstrate just how extraordinary his career was.

A Refreshing Take on a Sports Doc

When you look at the genre from this perspective, it doesn’t make a lot of sense for Nolan Ryan to be a subject. Ryan’s life and career are not surrounded by scandal, drama, or controversy. He played baseball and played it well, with little added fanfare. But that’s actually what makes the film shine. By eliminating the added drama the film gets down to just what makes Ryan great. Nolan Ryan is an MLB legend, an all-time great; The film isn’t about scandals or shock value, it’s a look into just how amazing his career truly was. When looking at a career that spanned four decades, setting records that still stand today, there’s no reason to dig into anything but baseball.

Being a documentary, ‘Facing Nolan’ is composed of the people who were there when it all began, the people he met along the way, and, of course, Nolan Ryan himself. The film benefits heavily from authentic, first-hand experiences and stories. In many cases, even the best of the best in Hollywood can’t compare to the experience of hearing Ryan himself, or his teammates, or even former President George W. Bush giving their accounts. The film covered all their bases, we hear from Ryan’s childhood friends to learn about how it all began, we hear from his teammates to recall how his career developed, and we hear from his wife and family to see how Ryan was personally dealing with his great successes.

In taking an authentic, personal approach, rather than a fictionalized biopic, we dug deeper into the sides of Ryan you might not have seen before. With such a long and consistently successful career, many would not assume that Ryan attempted to give up baseball early in his career. ‘Facing Nolan’ gives us a look into his personal struggles and the way his wife, Ruth, was the one to talk him into sticking with the sport. Every bit of information came from a place of deep caring for Ryan or for the sport, it was all there for a reason.

A Tool in Maintaining a Legacy

Nolan Ryan is a player that deserves to be remembered. His 108 mph fastball is unmatched, even today. Most pitchers can only dream of comparing to his skill level. Ryan worked hard, played hard, and continued working for decades. His talents are one in a million and his legacy within the MLB reflects that. If you ask any baseball player who the greatest pitcher of all time is, Nolan Ryan’s name is sure to be in the conversation.

Still, this level of exceptional talent does not guarantee to maintain a status as a household name. As time passes, the game changes, and the big names in baseball shift to newer, younger players. It seems impossible to live in the public’s mind forever. A film like ‘Facing Nolan’ is one of the most useful tools there is to make sure Ryan continues to get the recognition he worked so hard for. Continuing to honor his career means continuing to introduce new generations, new players, and new fans to the mass of talent that is Nolan Ryan.