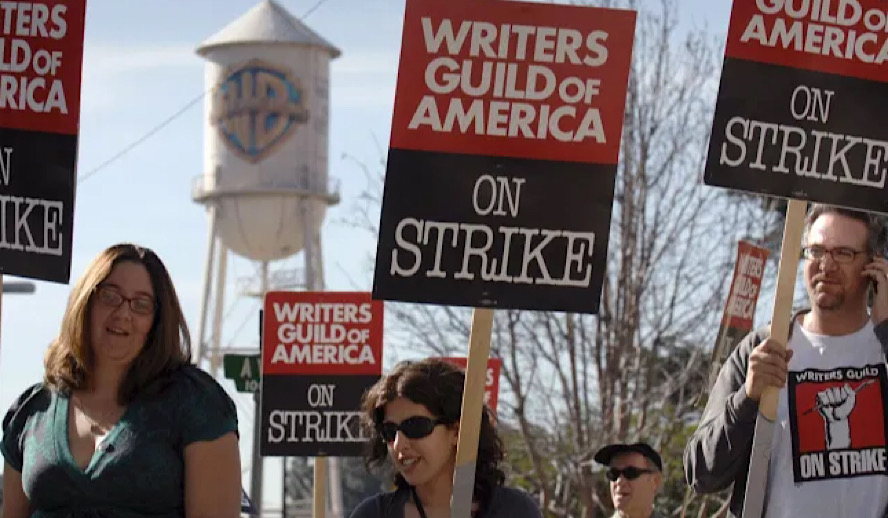 Almost everyone can recall their favorite movie quote and the actor that delivered it, but seldom do they know the person who actually put the words together. The name of the person responsible for those quotes appears briefly at the end of the credits, just right before the director. Rarely are they present for press tours, or seen during interviews, yet the architect of every film: the screenwriter. The reason they’re overlooked by the public spotlight quite possibly could be the stereotype that’s associated with writers as being anti-social, less talkative people, which may hinder the interest of the public.

Related article: Remakes – Classics That Should Not Be Remade: Films That Are Untouchable

But another reason could be the lack of appreciation from studios and the press screenwriters have endured since the beginning of film history. Individual screenwriters aren’t treasured like actors or directors from studios or media outlets. For example, the last writer to host Saturday Night Live was Buck Henry in 1980 and the last writer to have a contractual multi-movie deal by a major studio was William Goldman. The contemporary use of screenwriters from studios is a quick get-in get-out process, unless the screenwriter is a director too. The director has traditionally been known to be the true author of a film, but what does that make the actual authors who build the worlds, write the words, and essentially create the blueprint for the movies?

A Few of History’s Greatest Screenwriters

There have been many screenwriters throughout history who have stayed on the page and never moved into the director’s chair, or acted on screen. But the screenwriters who have attained the most critical and commercial success also direct their films, with their creative power establishing them as auteurs. Examples include Stanley Kubrick, Quentin Tarantino, Paul Thomas Anderson, and Sofia Coppola.  Unfortunately, screenwriting, and the film industry as a whole, has been dominated by cis-white men, which is why most writers mentioned below are.

Screenwriting as a single artform really began to take off with Billy Wilder, who started writing movies in the late 1920s, and  Ernest Lehman, who was known for his ability to build tension and suspense in his scripts. Lehman was the mastermind behind multi-Oscar winning films ‘North by Northwest’, ‘West Side Story’, and ‘Who’s Afraid of Virgina Woolfe?’. Wilder was known for his iconic dialogue and creative range. He won six Oscars throughout his career, and wrote legendary films ‘The Apartment’, ‘Sunset Boulevard’, and ‘Sabrina’.

William Goldman was getting recognition towards the mid-to-late 20th century, with hits like ‘Butch Cassidy and the Sundance Kid’, ‘All the President’s Men’, and ‘The Princess Bride’. Goldman’s trademarks included charming candor, memorable characters, and wildly imaginative stories.  These three paved the pathway for how movies were written and how stories for the cinematic narrative were told. Many others stood on the shoulders of these screenwriting geniuses and transcended the craft even further – writers such as Paddy Chayefsky, Robert Towne, and David Mamet, all of which include Wilder and Goldman attributes in their work.

Not long after Goldman and Wilder’s heydays, someone who genre-bended stories from a perspective not too familiar in cinema at the time was coming on the scene. Her storytelling style in the rom-com genre has dominated the big screen since – screenwriter Nora Ephron. Eprhon essentially created the modern day romantic comedy with powerful female characters, as can be seen in her films ‘When Harry Met Sally’, ‘Sleepless in Seattle’, and ‘You’ve Got Mail’.

As far as modern screenwriters go, Aaron Sorkin is arguably the most critically and commercially successful contemporary screenwriter. Charlie Kauffman is a well-renowned postmodern screenwriter as well, writing innovative cinematic achievements like ‘Eternal Sunshine of the Spotless Mind’, ‘Being John Malkovich’, and ‘Adaptation’. His screenwriting career later evolved into a directing career as well. Noah Baumbach followed a similar path, writing alongside legendary filmmaker Wes Anderson before making his directorial debut.

Diablo Cody is one of the sharpest and most inventive writers of the 21st century too, with her unique and brilliant film ‘Juno’ and ‘Young Adult’. As it’s become easier to find ways to record quality content, more and more screenwriters are taking their chances shooting and editing their own material. This has reduced the amount of individual screenwriters, but enhanced the amount of filmmakers with original voices given platforms to reach mainstream audiences.

The Art of the Script: The Foundation of Every Movie

A screenplay, generally,  is a story about a character with a problem. To learn the craft of engineering a screenplay, one may turn to the numerous books that teach the skills required to write a successful screenplay, such as: “Save the Cat” by Blake Snyder, “The Hollywood Standard” by Christopher Riley, “The Hero With a Thousand Faces” by Joseph Campbell, Syd Field’s “The Foundation of Screenwriting,” and of course the jewel in the crown, William Goldman’s “Adventures in the Screen Trade.” These books do offer some incredibly insightful knowledge on the history of screenplays, storytelling methods that have worked in the past, and what producers are looking for when reading a script.

Screenplays follow many structures. There’s the traditional three-act structure, with a setup, complication, then resolution. Typically in this structure, a character starts in a zone of comfort, something pivotal happens, and they have to overcome adversity to perverse, which they usually always do.  Most movies are written in three-act structures, such as ‘Star Wars’, ‘Raiders of the Lost Ark’, and ‘Die Hard’.

Then there’s the observational structure, which is like a series of vignettes in which a character deals with several smaller problems, not one big one. A prime example of this would be any of David Macdougall’s films, or Richard Linklater’s ‘Slacker’. Another popular structure is the parallel/hyperlink structure, where multiple stories are told and usually every character in the film is connected in some way. Examples of this structure are Oscar-winning films ‘Crash’ and ‘Magnolia’.

These are important storytelling techniques that were discovered in the writing process of creating Cinema. There’s no doubt that every member of the production process is equally as important to making a great film, but the screenwriters are the ones who draw the blueprints for everyone to work off of. They lay it all out in a certain artistic format, while other people connect different components to bring it to life. Screenwriters deserve to be praised equally as much as the actors and directors are by the press and studios, and it’s time to change society’s perspective of them.