The 15th Anniversary of ‘Ratatouille’: Celebrating the Movie That Taught Us How to Cook 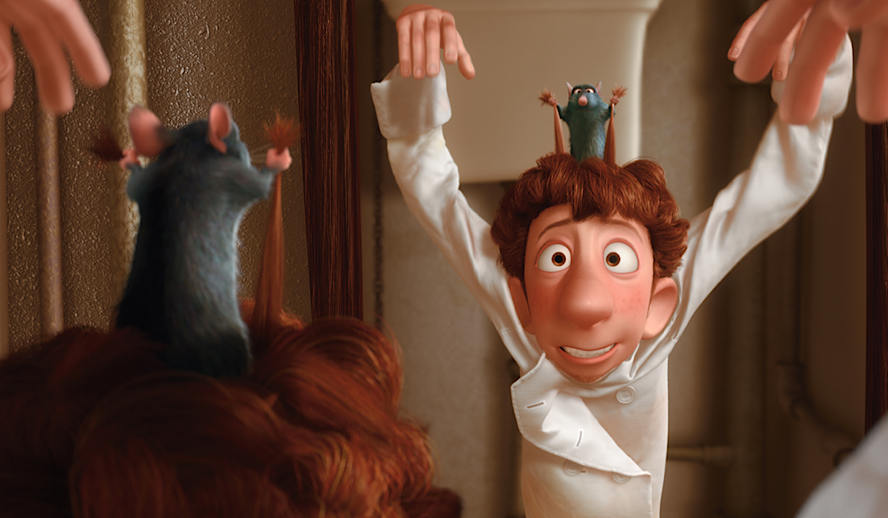 The Different Flavors of French Cuisine

“Not everyone can be a great artist, but a great artist comes from anywhere” the notorious Anton Ego (voiced by Peter O’Toole) states in a very despicable tone. A story-driven by criticism, artistry, and passion, ‘Ratatouille’ turns 15 years old this year. The film came out in 2007 and was Pixar’s eighth movie. Directed by Brad Bird and Jan Pinkava, ‘Ratatouille’ became one of many Pixar’s successful stories as it won a best-animated feature at the Oscars. The story became a staple in popular culture today with the movie being referenced in many box office hits such as the recent ‘Everything Everywhere All At Once’ where they alluded to the animated film in the movie. As absurd a story about a rat controlling a clumsy human can be, there is more beyond the surface level with its portrayal of an artist’s commitment to their art.

The Story of the Little Chef: A Look Back on ‘Ratatouille’

The known protagonist of the story, Remy (voiced by Patton Oswalt), is the leading rat of the film as his passion for cooking gets him in all sorts of trouble. His story begins in a countryside cottage where the rest of his colony resides. There he discovers his sense of smell and taste by entering the kitchen and tasting all sorts of foods and ingredients. During his time there, Remy meets his muse of the kindred spirit, Auguste Gusteau (voiced by Brad Garrett). This then introduces the audience to Remy’s passion: cooking. After the colony has been exposed by an old woman with a shotgun, due to Remy’s clumsiness with the help of his clueless brother, Emile (voiced by Peter Sohn), Remy is separated from the rest of his family. With the spirit of Gusteau guiding him, a figment of Remy’s imagination, Remy finds himself in Paris — where he is met with his destiny.

We are then introduced to Linguini (voiced by Lou Romano), an awkward klutz who is unknowingly Gusteau’s rightful heir. Linguini is able to initially get a job at the restaurant as a janitor with the help of Gusteau’s old sous chef, Chef Skinner (voiced by Ian Holm). When Linguini accidentally ruins the restaurant’s soup special, Remy uses the opportunity to utilize his skill by correcting the mistakes done by Linguini. Remy’s talents shine as he created something delicious and is praised by the rest of the staff. Of course, Linguini takes the credit because if Remy was ever discovered, it would be the end for everyone involved. As newfound friends, the two form a team with one another. Remy would puppeteer Linguini by controlling his actions from pulling his hair. The story escalates as Linguini is discovered to be the true heir and the restaurant continues to reach fame due to Remy’s skills. All this success and Remy still remains anonymous.

The Criticism of Anton Ego: The Subjective Perspective of Art in ‘Ratatouille’

The catalyst of the story that causes the movie to shift is Anton Ego’s character. Ego was a popular critic who wrote a shocking review in regards to Gusteau’s restaurant. The review cost Gusteau’s restaurant to falter which sent the notable chef into depression and then death. After years of smearing Gusteau’s name, Ego comes back to criticize the restaurant once again. With Remy’s identity revealed to the staff, which was not received well by many except Linguini’s counterpart Colette (voiced by Janeane Garofalo), Remy is challenged to make a meal for Ego. With Remy’s decision to serve Ego the French dish ratatouille, the meal flourishes Ego as the flavors of nostalgia sends him back to a beloved memory. Anton Ego’s character is the story’s recognition of the fear of receiving criticism as an artist and how to face it. These are elements of craftsmanship that we are always at the risk of experiencing. We have this preconceived notion that criticism holds a sense of power over our work but the film changes our perspective on that. Criticism could be of value if it is looked at in a form of respect and responsibility as an artist. Art is subjective and criticism can be harsh, but as long as both parties remain open-minded, then the view of art and criticism can successfully coexist.

A Love for Craft and Artistry: What ‘Ratatouille’ Taught Us About Passion

Passion is the driving force that gives us reason to get up every morning. It is what guides us throughout our everyday life. If it is career choices or hobbies, passion is what creates us. Falling in love with a craft may be one of the best feelings to ever experience, but making your passion into a career? Even more surreal. There is nothing greater than seeing someone talk about something they love. That is what makes Remy a beloved Pixar character. His love for cooking and food is endearing to watch as his discoveries of flavor combinations such as Brie cheese and strawberries is explosive. His willingness to do whatever it takes to pursue this love for food is what grounds this movie in the themes of passion. The overall irony of the story is the fact Remy is a rat while having an innate desire to become a chef. The dichotomy between the two is evident but Remy continues to pursue this passion even if it means sacrificing his art in the face of anonymity (hiding behind a facade).

In addition to his own identity, his own family tries to stop him from following this path. Although Remy sees food as a form of art, his father sees it as a necessity for survival. His father tries to limit Remy’s abilities by forcing him to do the most mundane tasks such as sniffing food if it has poison. Despite these immeasurable challenges and hardships, Remy still manages to pursue this path he is destined to follow. 15 years later, ‘Ratatouille’ has continued to show viewers the importance of staying true to who they are. As cliché as it may sound, where you come from or who you are shouldn’t limit your abilities to pursue what you love. To follow the wise words of Chef Gusteau: “Anyone can cook but only the fearless can be great”. Revisit ‘Ratatouille’ on Disney+.