The Surreal Beauty of the Rock Opera: ‘Annette’ to ‘Tommy’ 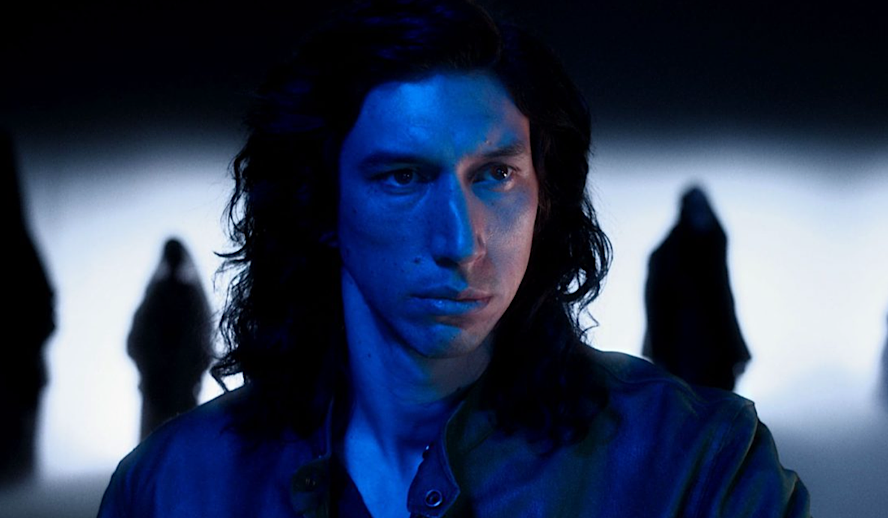 The premiere of Leos Carax’s ‘Annette’ on Amazon Prime has baffled audiences because of aspects like musical numbers during sex and Baby Annette being a wooden puppet instead of an actual child. While these moments confused some audiences, others who are more acquainted with the rock opera genre were expecting this level of weirdness. Rock operas are a subgenre of film where, like an opera, all the characters sing their dialogue but with a rock-and-roll edge. Many bands have used this genre to create films based on their albums, such as Pink Floyd with ‘Pink Floyd – The Wall’ and the Who’s ‘Tommy’. The format of the rock opera has been used to embrace transgressive ideas with avant-garde forms of filmmaking.

The Rock Opera and Embracing Experimentation

Rock opera films often embrace the theatrics of live theater by bringing them into the world of film. The world of theatre offers a different suspension of disbelief than film, where the audience accepts things from a theatrical play that they wouldn’t in a film. For example, the broadway musical ‘the Lion King’ uses extravagant costumes for the animals while the live action ‘the Lion King’ uses hyper realistic CGI for the animals. With the growing CGI technology, audiences expect films to be more realistic than ever, but rock operas break away from that by using theatrical aspects in their films.

Many rock opera films incorporate such techniques like puppetry in their films. Julie Taymor’s ‘Across the Universe’, based on the music of the Beatles, uses makeup to make the actors appear like puppets in this sequence for ‘She’s So Heavy’. The soldiers appearing as puppets offer a surreal metaphor for how soldiers are just puppets for the U.S military while creating some visually striking imagery. ‘Annette’ uses a puppet for the titualar Baby Annette rather than having a child actor for most of the film. The puppet moves like a human, which can create some uncanny valley vibes while being a spectacle for being so hyper realistic. Baby Annette being played by a puppet offers a sad metaphor for how Henry (Adam Driver) treats his own daughter like a puppet for his own gain, with Annette only being played by a child actress (Devyn McDowell) once Henry is in jail, showing how she can become her own person once her father is out of her life. Puppetry, while being a visually breathtaking technique for rock operas, also offers good symbolism for their respective stories.

Rock operas incorporate other experimental techniques into their films, such as animation and dream sequences. ‘Pink Floyd – The Wall’ has animation sequences directed by the great Gerald Scarfe, which are used to represent the inner thoughts of Pink (Bob Geldof). In one sequence, ‘the Trial’, all the characters of the film appear as horrifying caricatures of themselves, while in another sequence, ‘What Shall We Do Now?’, is a ‘Fantasia’ like an epic of the world ending. These animated sequences give us a horrifying look at Pink’s mental state while offering the audience awe inspiring and haunting animations.

The Who’s ‘Tommy’ offers plenty of surreal scenes like this hallucination scene for the song ‘Champagne’, where Nora (Ann Margret) is doused with baking soda and baked beans. The scene, as surreal as it is, acts as a metaphor for television consuming Nora’s life, with previous commercials that she has watched engulfing her. These surreal scenes may seem weird for the sake of being weird but really offer experimental ways of telling their story.

The Rock Opera and Transgressive Stories

Rock operas, putting rock-and-roll to the opera format, often tell transgressive stories that make commentary on their current society. ‘Annette’ takes down the modern entertainment industry with songs like “Six Women Have Come Forward” which is a commentary on the Me Too Movement and “You Used to Laugh” which is a commentary on edgy comedians getting “cancelled” for material. ‘Tommy’ similarly takes down the entertainment industry, where after Tommy becomes a famous pinball player, he starts his own religion. While this may seem like a big jump, from pinball champion to holy figure, it acts as a commentary on how celebrities get treated like God-like figures.

Not every rock opera acts as a commentary on the entertainment industry. ‘Across the Universe’ uses the music of the Beatles to create an anti-war film, turning songs like ‘I Want You’ and ‘She’s So Heavy’ into anti-Vietnam War ballads. These messages still rang true in 2007, the year the film came out, as we were in the Iraq War. While ‘Across the Universe’ uses its music to tell a story about the social issues of the 1960s, those issues still transcended to today. ‘Pink Floyd – The Wall’ acts as a commentary on pretty much everything under the sun, from our flawed school system to Fascism. In the film, Pink eventually becomes a facsist leader and his army commits terrible acts of violence, racism, and sexism. The film pulls no punches in its portrayal of a horrifying reality, terrifying the audience to want immediate and positive change to take place. These transgressive themes act as immediate commentary on problems that are sadly all too real in the world.

Even rock operas that are not of the same caliber as the previously mentioned films offer social commentary. 2008’s ‘Repo: the Genetic Opera’, despite how campy it is, offers a smart take on medical insurance, where in a post-apocalyptic setting people are murdered if they can’t afford their new organs. Similarly, ‘Lisztomania’, which was overshadowed by ‘Tommy’, acts as a commentary on the music industry, using a 19th century composer as a stand-in for the modern rock star. Then there are adaptations of stage musicals, like ‘Jesus Christ Superstar’, which handle transgressive topics that bring them controversy. At the time of its release, many audiences believed the mere concept of the film was sacrilegious for how it represented the story of Jesus Christ. It is as if rock operas use the rebelliousness that is inherently ingrained in rock-and-roll music to speak truth to power while stirring up the cultural zeitgeist.

Yes, rock operas might seem weird at first glance, but that weirdness is accomplishing exactly what they set out to do. Rock operas, being inspired by theatrical staged musicals, take those techniques such as puppetry and surreal imagery and brings them to the landscape of film. These techniques, while jarring to the audience at first, are often used as metaphors that enhance the story’s messages and themes. These themes, keeping to the style of rock-and-roll, can often be transgressive commentary on our current society. So, next time you see a rock opera and think that it is being weird just for the sake of being weird, think about what it could be trying to say.