A Tribute to Rachel McAdams: The Rom-Com Sweetheart Blueprint 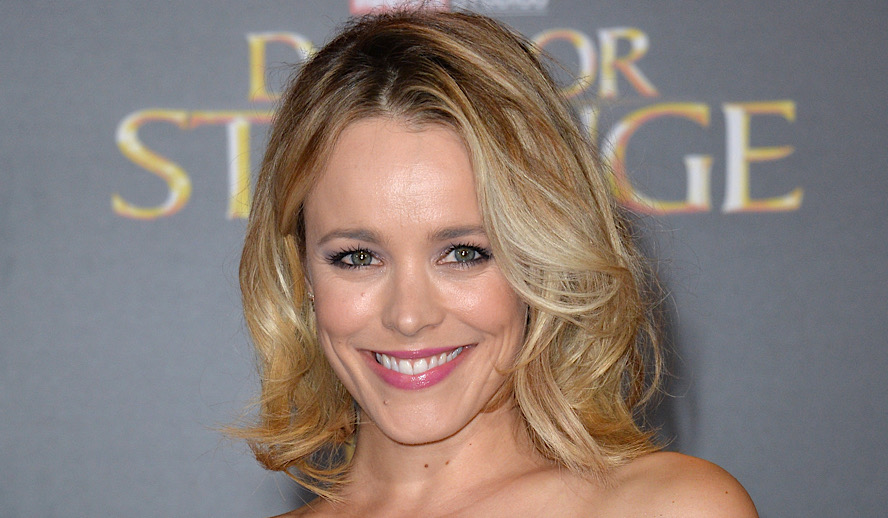 An Academic’s Path to Stardom

Maybe you know her as the memorable, magnetic brat in comedies like ‘The Hot Chick’ or ‘Mean Girls’, or as the dimpled romantic lead of rom-coms like ‘The Notebook’, ‘About Time’, and ‘The Vow’, but regardless, you are bound to recognize Rachel McAdams. Known for romantic dramas, McAdams has cemented her position in the American mind as the ideal feminine romantic counterpart, or the ultimate queen bee, and has actually created the perfect avenue for memorable characters within a diverse filmography.

But before then, she was born in Ontario, Canada in 1978, McAdams isn’t one of those stars that grew up busking on the streets of L.A. or being groomed for greatness by their entertainment industry employee parents. She attended a regular school, taking an interest in various activities like figure skating, volleyball, and student council.

Alongside these, she developed a mild interest in performing, participating in theatrical productions, and acting in summer camps. Unlike other stars whose parents might groom them for greatness, McAdams would proceed along a pretty typical path within the context of academia. However, after her high school drama teacher encouraged her on the viability of a professional acting career – I’m going to be honest.. I’d love to hear what the pitch was – she decided to major in York University’s theatre program in Ontario. This makes her a notable starlet who took a strangely “traditional” route towards professional success.

As many great film stars are likely to do, the start of McAdams’ career would debut in a small TV series and movie roles like ‘The Famous Jett Jackson’, ‘Shotgun Love Dolls’, and ‘Guilty by Association’. This would be an easy beginning before the sensational years to come.

Rachel McAdams – A Woman With Range

After a few other small film roles, in 2002, McAdams would get cast in ‘The Hot Chick’ as, you guessed it, the hot chick. When a spoiled teen socialite (a loose outline of her future ‘Mean Girls’ persona) one day switches bodies with a bummy guy played by Rob Schneider, some pure ‘Freaky Friday’ antics ensue (which is interesting considering that that film would release in 2003, one year after this one). This would mark a milestone for her career, and reeks of potential which would finally be tapped into just one year later.

This next year, 2004, was an incredible one for McAdams, as both ‘Mean Girls’ and ‘The Notebook’ would be released within a two-month period, both featuring her in starring roles of absolutely different characterizations, genres, and time periods. In ‘Mean Girls’, alongside other young stars like Lindsay Lohan and Amanda Seyfriend, she’s the queen bee to end all queen bees, Regina George. In ‘The Notebook’, she’s Allie Hamilton, the wealthy Southern heiress to balance (or irritate) Ryan Gosling’s lower-class heartthrob, Noah Calhoun. In what might be one of the more underrated breakout years for a contemporary actress, both films are remembered as classics of their respective genres.

It goes without saying that ‘The Notebook’ is one of the quintessential romantic films, and the tragic but hopelessly romantic love story of Allie and Noah is only half as radiant because of McAdams’ committed light, airy, genuine portrayal of a deeply privileged character. This charm would go on to be utilized the next year in the romantic comedy ‘Wedding Crashers’ with Vince Vaughn and Owen Wilson, blending her capacity for the amorous charm and astute comedic timing.

This same year, she would continue to broaden her range with ‘Red Eye’ alongside Cillian Murphy, a mile-high thriller directed by Wes Craven. Then, she’d appear in a more sardonic role in the star-studded, relatable family fun movie, ‘The Family Stone’, with a broad ensemble of well-known stars (Sarah Jessica Parker, Diane Keaton, Craig T. Nelson, etc.). Needless to say, for the first couple of years, McAdams worked with a spread of actors that some could only dream about.

A Meditative Break: Gone and Back Again

After a short hiatus away from acting following this breakout period, she would appear in a handful of notable films like the political thriller ‘State of Play’, the period drama ‘Married Life’, and the road-trip comedy ‘The Lucky Ones’. One of the more notable films, however, would be the 2009 adaptation of ‘Sherlock Holmes’, starring Robert Downey Jr., in which she portrays the classic character of Irene Adler. Despite the film receiving reasonable reviews, her character was criticized for being deduced to be a simplified version of herself in comparison to the male leads, moreso through the writing than through her performance.

In 2011, she would appear in the Woody Allen directed rewind fantasy film ‘Midnight in Paris’, McAdams plays the fiancée of Owen Wilson. McAdams is ultimately deduced to be a harpy sort of antagonist for Wilson’s character as he embarks on a whimsical journey into the 1920’s Paris each night, and this role underrated her abilities, but it’s still nice to see her in a critically acclaimed film.

In 2012, McAdams would return to her rom-com form with ‘The Vow’ partnered with Channing Tatum, based on the true story of a woman who loses her memory in a car crash, and her fiancée who has to try to navigate their love story all over again. The film was her biggest leading role hit to date, and most critics lauded her warmth and grace in an otherwise prototypical plot.

In 2015, McAdams would appear in an ensemble cast alongside actors like Mark Ruffalo and Michael Keaton in the eventual Best Picture winner, ‘Spotlight’, a dramatic imagining of the journalists who investigated child sexual abuse by Catholic priests in the Boston area. Surprisingly, this would also mark her first Oscar nomination, for Best Supporting Actress in this case. Though she wouldn’t receive the award, this project undoubtedly put her on the map as an actress worthy of Oscar-bait roles and films, so that one day she might be so lucky.

The most recent live-action film that McAdams would appear in was ‘Eurovision Song Contest: The Story of the Fire Saga’ in a comedic duo with Will Ferrell, something we never knew we needed. While critics were unsure, committed fans of Eurovision were pleased with this goofy, Icelandic musical comedy.

In hindsight, it seems as if Rachel McAdams was always meant to be a star. Her best films and appearances string together like an unbroken row of lights, spanning many genres and the years since she began. With an open-mind and natural talent, McAdams is bound to be considered one of the it-girls of our time, and one of the most recognizable actors of the 2000s; whether you like rom-coms, family dramas, casual comedies, gritty dramas, thrillers, mysteries, and Marvel films, there’s sure to be something featuring McAdams that any movie-watcher can appreciate.

Fans of McAdams can look forward to her appearance in both the next MCU film, ‘Doctor Strange and the Multiverse of Madness’, as well as the first film adaptation of the Judy Blume novel ‘Are You There, God? It’s Me, Margaret’.