Why Won’t Sherlock Holmes Ever Die? Since 1887 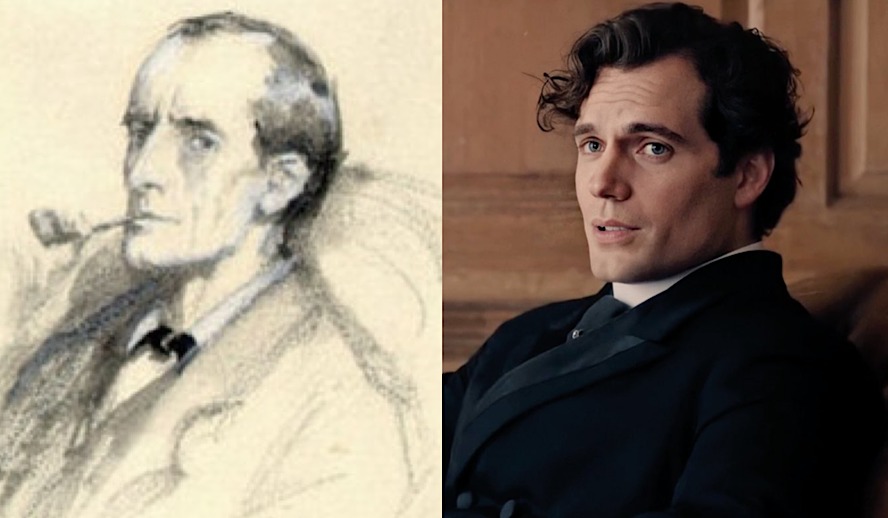 With the new show on Netflix, ‘Enola Holmes’, the great detective Sherlock Holmes is back front and center in popular culture.

Don’t you hate it when the one character you want to get rid of just won’t go away?

Sherlock Holmes is the World’s Greatest Detective. But he’s not real. So why do we love someone who’s basically the Superman in terms of pure deduction and intellect? He’s not relatable, and it’s hard to imagine any one person ever being capable of doing what he does. Yet Sherlock holds the Guinness World Record for most portrayals of any character in film and television, clocking in at well over 250 times and likely hitting 300 at some point in the future.

Just pause and think about that for a moment. Sherlock Holmes has been adapted and portrayed over 250 times.

It’s a near ridiculous amount and a lot of different humans to take on the same role. But as someone who is a part of the crowd that adores this British detective, I’m not surprised either.

But why? Why won’t Sherlock just go and let someone else have the spotlight?

Like he really is. Sure, Batman comes second. But the Dark Knight isn’t on the same level in pop culture as Sherlock because so often creators ignore the “detective” part of Batman, turning him into a bat dressing ninja or even worse, a juvenile joke.

When reading the original source material or any of the successful adaptations, Sherlock Holmes, despite his superior intellect is believable as the world’s actual greatest detective. He has flaws and a human-like the rest of us but finds a way to figure out the most insane puzzles, only to explain it to the audience and make us wish we were that smart.

The puzzles themselves aren’t outlandish and unbelievable, so no matter how impossible they are for us to solve, once put together into a single cohesive plan, it all makes perfect sense.

When all is said and done, the title of “World’s Greatest Detective” makes sense, and if it makes sense, that is more than enough to argue his mainstay as a pop culture icon.

Who Needs Friends When You’ve Got A Watson?

Holmes may be great at investigating, but his social abilities are lacking. Sure we love him, but if you met someone like him or any of his other jerk-like portrayals, pretty sure we wouldn’t give him the light of day.

But that’s why he works.

Sherlock doesn’t have friends. Or so he tells everyone. Apparently, Dr. John Watson is plenty. Throughout the years and retellings, Holmes is brutally mean to everyone yet always takes an instant liking to Watson. The iconic duo of Holmes and Watson works brilliantly. Without the brain, things get boring, but without the heart, stories are empty and non-emotional.

Sherlock acts like he hates the world, yet we are reminded he’s human by his interactions with Watson, and how sad he is when Watson leaves him. It’s in the moments of laughter and late-night conversation that Holmes reveals his humanity. Without Watson, Holmes shows nothing but a robot-like demeanor, but Doyle uses Watson as a tool to bring out the relatable aspects to the surface. Holmes has slight insecurities and emotes, is jealous even of those who take Watson away from him.

Watson isn’t exactly a revolutionary character, but he pokes Holmes in just the right ways to keep him on track and show us that the great deductor isn’t just that but truly does have a pool of emotions running through his soul like every other person.

When all is said and done, Holmes needs Watson more than Watson needs Holmes, for better or for worse.

Audiences love mystery and crime. I wrote once on how enamored as a culture we are with crime and used Holmes as an example. Holmes is the pinnacle of the genre than anything else.

We want tough but not outrageous mysteries to crack. A single genius character that can solve what no one else can is just so fun to watch, but if they’re perfect, they get quite boring. Finally, by giving that character imperfections and humanity, it gives the viewer a thrill and adrenaline boost as they race against the clock with the protagonist to solve whatever case lays before them.

Related article: Benedict Cumberbatch: 32 Facts on the Uber-Talented Actor on His Birthday

The reason Sherlock works when no one else does is due to the combination of what looks like superhuman intellect, paired with a broken soul and imperfect humanity (I mean he’s a cocaine addict and obsessive detective with little care for human connection, doesn’t get more imperfect than that). Sherlock is just far enough to seem fantastical, yet human enough to feel tangible.

We don’t like perfect characters. Sure we aspire to do better, but what inspires us is other imperfect people actually rising up and accomplishing great things despite the physical and emotional obstacles we all face. It’s what most iconic stories do best. Sherlock may seem inhuman on the surface, but after a closer look, he’s just as lost as the rest of us at times. And that’s a good thing.

Finally, the films and shows themselves.

No matter how great a novel, if it doesn’t translate well to the screen, chances are the story and characters won’t catch on in society.

Doyle wrote some amazing Holmes novels. But without the films and shows succeeding, Holmes isn’t Holmes, but just another well-received detective story.

Now do I think the consistent quality of Holmes adaptions is connected to Doyle’s original works?

Related article: Stuck at Home? Here is a List of Movies/Classics for Your Enjoyment While Social Distancing

But if classic greats like Basil Rathbone, Jeremy Brett, and Peter Cushing, or modern geniuses in Benedict Cumberbatch, Robert Downey Jr., and Jonny Lee Miller don’t happen, there is no icon. No hat, no pipe, no jacket, and no “elementary my dear Watson.”

Though not all the adaptions have been great, there is a consistent quality do each adaption and interpretation of the character. I don’t care if you’re a Sherlock fan or prefer the stylish film version of the character, they’re all great in their own way, winning over new fans every year.

Sherlock Holmes has been around since 1887 impacting countless readers, listeners, and viewers, begging you to consider this creation as the greatest fictional character in history.

And honestly, if The World’s Greatest Detective was going to fade away, he would’ve done it already.