Revisiting ‘The Holiday’: How Did This Rom-Com Become a Go-to Holiday Film? 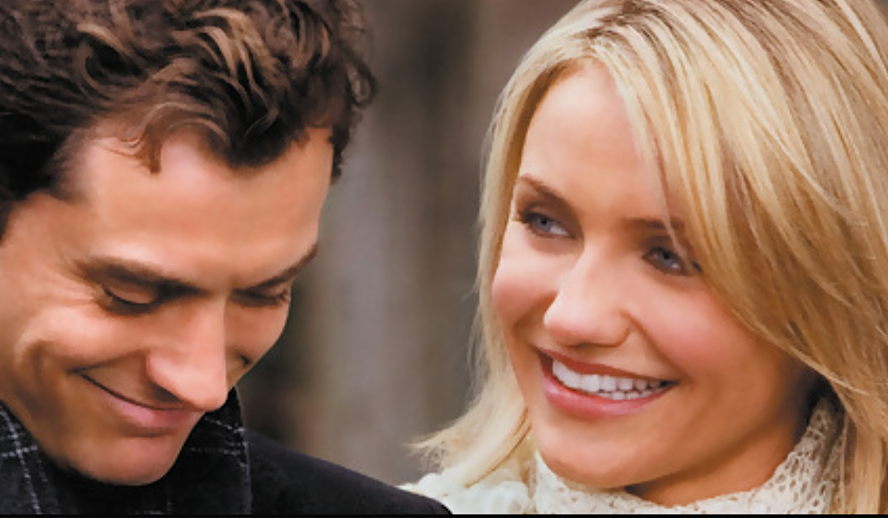 It seems like the holidays are always fast approaching. First, thanksgiving arrives with the all-you-can-eat family gatherings in a blink of an eye. Then, without having time to regroup, you are hustling out of the stores trying to find gifts for all your family members, even the ones you don’t like. But besides all the craziness that comes with the month of December, many traditions follow along with it. Watching Christmas movies is usually one of them.

Following the Christmas movie-watching tradition, it always includes that classic film that reminds you of a simpler time. Those films that have accomplished to conquer the passage of time, has been able to be kept alive despite the difference in trends, and carries a truthful story.

Countless holiday films have made it to fill our hearts with joy and warmth while the weather is way too cold to do anything else than watch movies. Christmas wouldn’t be the same without these films.

Remember that scene in ‘It’s a Wonderful Life’ when George Bailey jokingly offers to grab a lasso and bring down the moon for Mary? A wonderful scene for sure. You cannot finish watching the movie without a knot in your throat and a few unwanted tears. The movie is famously unmatched by no other. Or what about ‘Home Alone’? You can’t help but flinch every time Marv gets hit on the head by the brick Kevin McAllister throws from the third floor.

Christmas movies are a way to bond with family and continue their traditions. Like the ones mentioned, many films are known to be a classic during Christmas time, while others take a little more time to be appreciated by the public. And as I was scrolling through my morning tweets, I found a remarkable movie that has become a go-to holiday film for many.

The Holiday, The Actors

‘The Holiday’ was released in December 2006. The poster granted some confusion to the public. Starring: Cameron Diaz, Kate Winslet, Jack Black, and Jude Law. Great actors, but an awkward combo, at least that is what I thought the first time I saw it as an adult. Half of these actors were known for their comedic skills, while half of them were not. While two of them were familiar with the romantic comedy land, Cameron Diaz and Jack Black (with ‘Shallow Hal’), while Kate and Jude, had not stepped on the territory at all.

Part of what makes ‘The Holiday’ genius is the idea of breaking the norm with casting and finding actors not known in the genre, just known. Jack Black was not your regular rom-com lead, and Jude Law was known for more serious roles. While Kate Winslet, who was already being called by critics “the most preeminent actress of her time,” was known for period pieces and drama productions. It seemed like an odd choice coming from Kate Winslet, she wanted to try a hand at comedy. All in all, the cast was a surprising choice, but an intriguing one for sure.

We all know, Holiday films are the type of movies that can go totally ablaze and turn into ashes in a matter of seconds, or they can be lucky enough to become a classic. You never know what you’re getting into the moment you step into romantic-comedy-Christmas land. While being a victim of Christmas-movie-fear is a thing, ‘The Holiday’ has slowly but surely become a movie you were glad to be bold enough to choose.

It surprises us, as it is not a typical love story, well, not at first at least. It begins by twisting the concept of falling in love and focuses on the idea of unrequited love and the loss of it. Specifically, when it explores the loss of love, the film flows from a few different perspectives of what it means when losing any sort of love, creating a broader sense of relatability for the audience.

Nancy Meyers– A Queen, A Revolution

It is no surprise that the script called for great actors, Nancy Meyers, by this time, had accomplished her few shares of successful projects. At the beginning of Meyers’s career, it had been hard for her to sell her movie ideas. When Meyers and her then-husband, Charles Shyer, came out with the idea for ‘Private Benjamin’ in 1980, many studios declined the script because they believed a film with a woman lead was not profitable (shocker!). The duo proved otherwise, as the movie made an incredible profit at the box office.

By 2006, Nancy Meyers was already known for movies like ‘What Women Want,’ ‘Something’s Gotta Give,’ and ‘Father of the Bride.’ The public already knew what to expect from her, as Meyers had always delivered light-hearted films with snappy dialogue. As in all of Meyers’s films, ‘The Holiday’ comes across as a bit revolutionary. A film in 2006, with not only one woman lead but two. It was a film told from a woman’s perspective, written and directed by a woman, and that was a revolution.

‘The Holiday’ is a beloved film, a movie that is easy to watch and incredibly hard not to feel a little something in your stomach. Many movie lovers or Christmas movie lovers talk about their favorite parts, which is often Iris (Kate Winslet) and Miles (Jack Black) storyline. But for me is the history behind the older man who lives in Amanda Woods (Cameron Diaz) neighborhood in Hollywood, Arthur (Eli Wallach). Eli Wallach performance is touching and unforgettable, and his representation of Hollywood’s golden age makes him an incredibly interesting character.

Another aspect of this Holiday rom-com that makes this film unique is the scoring; despite Miles (Jack Black) being a film score composer, the fantastic German music composer Hans Zimmer is behind most of its music. No wonder, you feel like you’re floating through the movie’s plot while magic little elf’s attack your snow-less stomach. Hans Zimmer is one of the few who can manipulate your emotions smoothly through the screen.

Although ‘The Holiday’ brought up mixed reviews from critics upon its release, the public’s reaction to it speaks louder than the reviews did. To this day, old footage of promo videos for the film have new comments from no less than two weeks ago, where YouTube viewers claim their admiration for the film. ‘The Holiday’ is sometimes forgotten on article lists of “movies to watch during Christmas,” but it has for sure become a top go-to Holiday film.